The Chicago Blackhawks have played in 17 overtime games over the past three postseasons, but Game 2 against the Anaheim Ducks on Wednesday morning was noteworthy as it ended up being the longest game in team history.

The game, which at ended 116:12 was the 17th-longest in the history of the NHL, finally ended in the third overtime period as Marcus Kruger scooped up a rebound and pushed it past Anaheim goaltender Frederik Andersen to finish the game and tie the series at 1-1 as it heads back to Chicago.

The game eclipsed the previous Blackhawks team record for longest overtime game, surpassing a 1931 contest between the Hawks and Montreal Canadiens. That game also went to three overtimes, and it ended with 6:10 remaining in that period on a goal by Cy Wentworth as the Blackhawks won by a 3-2 margin.

The Blackhawks are on an interesting streak at the moment, as they have played in the NHL’s last four triple-overtime games. They played in one earlier this postseason when they beat the Nashville Predators 4-3 just one minute into the third overtime session on a Duncan Keith goal, and they also won Game 1 of the 2013 Stanley Cup Final on Andrew Shaw’s double-deflection tally. They did lose a game during that stretch, falling in Game 1 of their first round series against the St. Louis Blues in 2014. 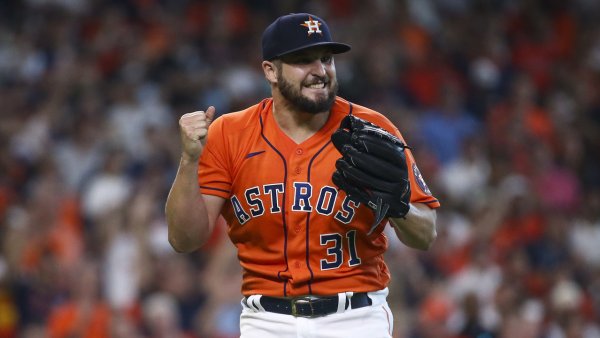 As for the Ducks, the game was only their second-longest affair, as they played in one of only four games in league history that ended up going to five overtimes. That game, which took place on April 24, 2003, was played against the Dallas Stars, and the Ducks won 4-3 on a goal by Petr Sykora.

Kruger ended up becoming the 10th member of the current Blackhawks to score an overtime winner in the postseason, but he still has a long way to go to get to the top of the list. Patrick Kane currently occupies that spot, with his four overtime winners ranking as the best total in team history.