Jim Hendry Has a Crush On Jake Peavy

The offseason is a fun time to talk about baseball. After all, let's be honest here: Baseball is an occasionally boring sport in the regular season. Not even the most die-hard fan should be expected to sit through 162 games. Most of the time, baseball rules, but sometimes, the game itself grinds that enjoyment to a halt.

This is not a problem in the offseason. Instead of having to directly talk about performance, the usual topics of the day have to do with which pitcher, which hitter, which otherworldly and incredibly expensive baseball player your favorite team is most certainly going to sign. Why, of course they are. So what if the trade proposals and contract specifics and the rest of it sound totally unrealistic? It's fantasy. It's fun.

We thought that was the case with the Cubs desire to land Jake Peavy. Peavy is not someone the Cubs should be able to trade for, given his age and talent and the fact that the Cubs have very little in the way of prospects to offer the rebuilding Padres. And yet, the Cubs keep pushing, day-by-day, determind to somehow get the elusive Peavy in their rotation.

The latest stuff comes from the Sun-Times, which says that the Cubs are realizing that Ryan Dempster is going to be an expensive free agent to re-sign. Instead, they're thinking Peavy:

Bears' Justin Fields: I'd Like to Score More Touchdowns 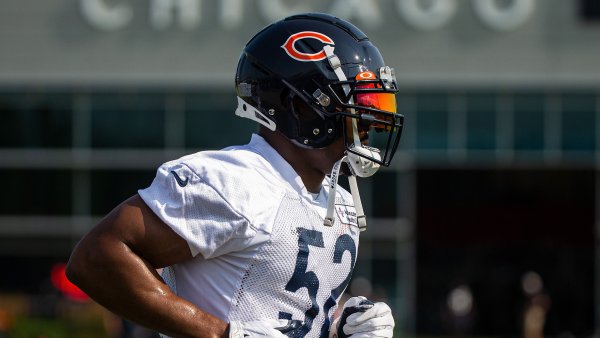 Bears Release Injury Report Prior to Week 8 Against San Francisco

A source close to general manager Jim Hendry said he is ‘‘very interested’’ in Peavy. Hendry spoke with Padres general manager Kevin Towers on Wednesday, and the Padres’ braintrust met for dinner Wednesday night at a local Mexican restaurant to discuss the Cubs players potentially involved in the deal.

No trade is imminent, sources said.

If Jim Hendry can somehow pull off a trade for Jake Peavy, we will take off our royal caps. But it's pretty tough to see that happening.