Is Chicago Poised To Be A Hockey Town Again?

When I was a teenager I was introduced to the sport of hockey.  I'd always known it existed, it's just that since my father wasn't much of a fan of the game, I couldn't be.  Then the Blackhawks got to the Stanley Cup Finals in 1992, and I began to pay attention.  I didn't know much about the game, but I did appreciate the speed of it, and physical nature.

The Blackhawks would go on to get swept by the Pittsburgh Penguins -- who were led by Mario Lemieux and a young Jaromir Jagr -- but my interest in the sport had begun.  Shortly after that I was introduced to NHL 93  on the Sega Genesis, and after making Wayne Gretzky bleed, I truly fell in love with the sport.

As the years went by I grew to understand the game better, but the older I got, the more frustration that set in.  Why couldn't I see home games on television?  I was then told that in order to try and sell more tickets, the Blackhawks refused to show home games in Chicago.

This was a great thing to tell a 15-year old kid trying to embrace his local club. And so, early on, I developed a deep hatred for owner Bill Wirtz.  Still, as the years went by and the Hawks got worse and worse -- not to mention getting rid of every single player I liked, Roenick, Chelios, Larmer, Belfour -- I became more frustrated.

Then the lockout came in 2004, and the entire hockey season was cancelled.  To kill time I turned back to watching the Bulls, who had been horrible in recent years thanks to Jordan's second retirement.  I fell in love with the NBA again and when the NHL came back the next season, I didn't care.

Things stayed that way until last season, when a new Hawks team emerged after Wirtz's death.  His son Rocky took over, and immediately he started trying to right all of his father's wrongs.  All games will be televised this season, and the team brought back greats like Bobby Hull and Tony Esposito as ambassadors.  Oh, and most importanly, they had actual talent on the team.

The two most promising players being Patrick Kane and Jonathan Toews, who were both good enough to get me to start paying attention last season.  Tonight the Blackhawks started their season in New York against the Rangers, and for the first time in five years I'm excited about a hockey season starting.  Hockey has been dead in this city too long, a city that used to adore its hockey team and hopefully this season will mark the rekindling of the love affair. 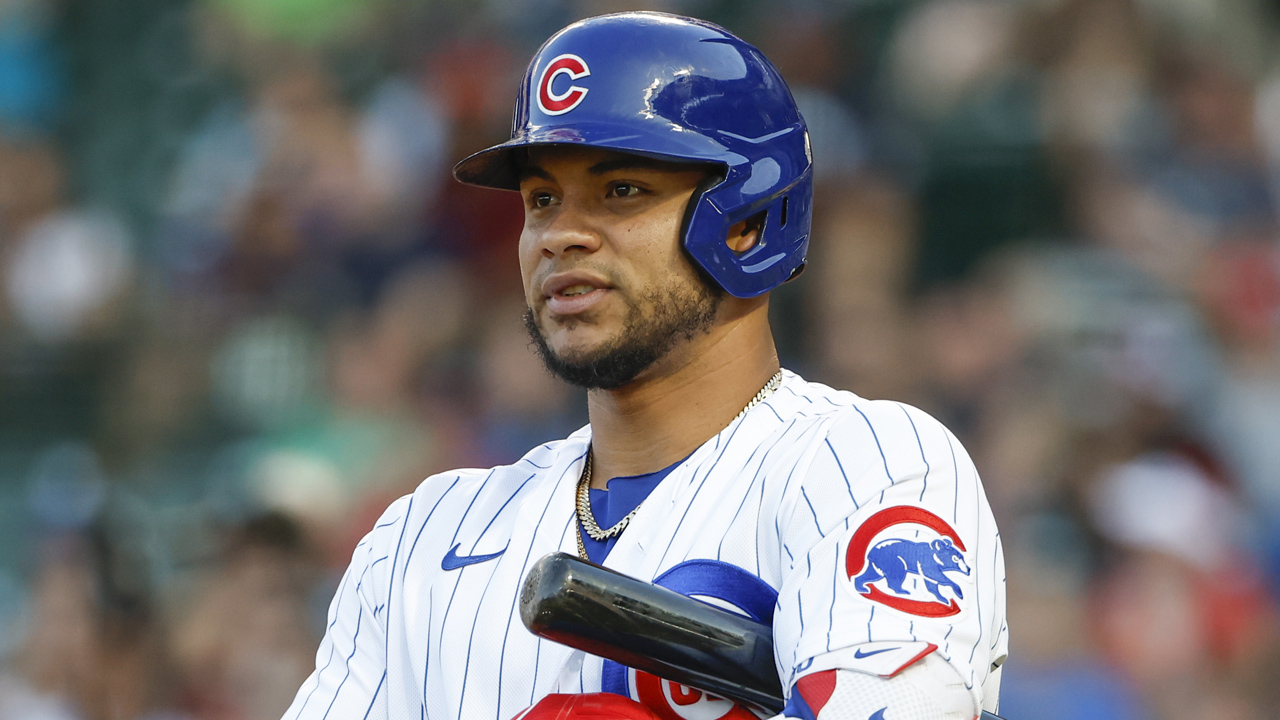 Cardinals, Astros Among 3 Teams With Offers to Willson Contreras

I know it will for me.