The Chicago Blackhawks didn’t make a lot of additions over the course of the offseason, but one hire that didn’t draw much attention may end up paying bigger dividends than that lack of headlines would suggest.

Yanic Perreault, who played 14 seasons in the NHL, including 53 games with the Blackhawks in Patrick Kane and Jonathan Toews’ rookie season in 2007-08, was hired by the team in July as a player development coach, and during practice on Thursday, he was spending time with the team’s centers. Mark Lazerus has the story:

“Perreault is hailed as one of the greatest faceoff men in league history, winning more than 60 percent of his draws during his career.

“’He’s great at what he does,’” said Andrew Shaw, who won 44 percent of his draws last season.  “’Just after today, I felt like I was much better.’”

Perreault’s presence at practice was enjoyed by head coach Joel Quenneville, who had nothing but good things to say about him.

“He’s been a good pro,” Quenneville told the media. “Throughout his career, his forte was efficiency in the faceoff circle. He’s going to help us organizationally here and in Rockford and throughout the system as well.”

As Scott Powers of ESPN Chicago points out, the Blackhawks were 11th in the league last season with a 50.8 percent success rate, but that was thanks in no part to everyone other than Toews (he won 58.8% of his draws). Marcus Kruger and Andrew Shaw both won well below 50 percent of their face-offs a season ago. 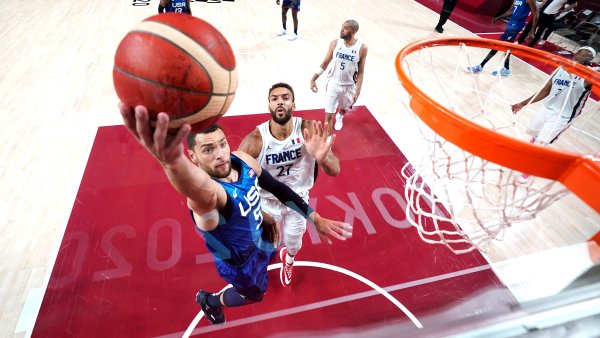 If Perreault can actually get through to those guys with some techniques on how to win more draws, it can only help the Hawks, especially on the penalty killing side of things. It’s always easier to deny a team possession right off the draw than to have to try to win the puck back after a long time of holding onto the puck (Exhibit A occurred Tuesday night with the Washington Capitals establishing possession early and often on their power plays), and if Kruger can improve in that area, then the Hawks will benefit greatly.

Obviously, just one session with Perreault won’t turn Kruger and Shaw into a face-off artist on par with Toews, but every little bit of progress towards that 50 percent threshold would be a welcome improvement after a dismal season for the two youngsters.