Shaq Wants the Suns to ‘Man Up'

PHOENIX, Ariz. -- The Suns suffered a bad loss Saturday night at the hands of the Chicago Bulls, giving up 122 points to a team that had scored over 100 just five times in their last 17 games. No disrespect to the Bulls, who have won three straight and have started to play much better; it's just that the expectations on the Suns make losses to sub-.500 teams on their home floor pretty tough to swallow.

This one in particular seemed to take its toll more than most, as there was a closed door meeting afterwards, followed by some candid comments from Shaquille O'Neal about the team's lack of defense.

Shaq rightfully focused his commentary on his team's defense, as it was really just atrocious all night long. The first half saw the Bulls out-rebound the Suns by 10, and outscore them in second chance points 14-2. Late in the game when the Suns closed the gap, they couldn't get a stop to save their life, and again, this Bulls team is playing better, but they simply aren't built to drop 122 points on anybody. 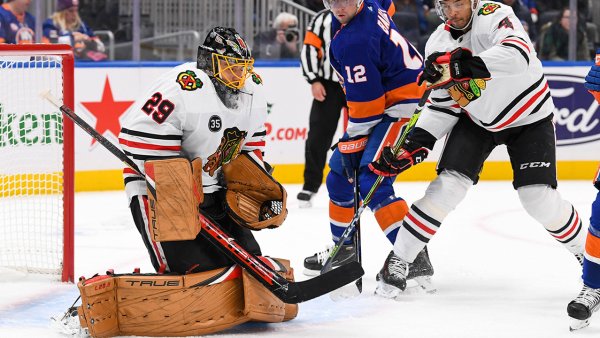 After the game, Shaq said it comes down to wanting to play defense, and that it's time for his teammates to "man up" on that end of the floor.

"You just gotta man up," Shaq said. "Whoever your man is that day, you just gotta say, 'he's not getting off.' That's what I've tried to do my whole career. I've never been a defensive stopper, but whoever I've got to play that night, he's not gettin' off on me. You have to want to play defense. It doesn't matter what type of style we play on offense, offense is not our problem. You still got to make stops. If you want to be a good team, if you want to make it to the big dance, you still got to make stops. Period. Doesn't matter if we run, or slow it down, you gotta f-----g stop somebody. Period.

"Teams are going to be coming in here and playing way above their heads. They want to beat me, Steve, Grant, and Amare, so we've got to be ready for that. You just got to man up."

In case we weren't getting the message, Shaq spelled it out for us.

Unquestionably, Shaq is correct in his assertion. You simply cannot be an NBA team with playoff aspirations and allow teams to put up these kinds of numbers, especially in your own building. But is it that simple?

The question remains whether this Suns team as currently assembled is capable of defending the way they'll need to in order to stay in the playoff hunt. A year ago, Steve Kerr shook things up big time by trading for Shaq once it was apparent that the group he had wasn't going to get very far in the post-season. With one trade in the books already this season, it remains to be seen if more changes are on the horizon in Phoenix.