* Mets Today wonders why the Mets operate like a small market team (via MetsBlog):

A Major League club in the US's richest and most populous metropolis, its own cable channel, three consecutive years of record-breaking ticket sales, and a brand new stadium should be more well off, shouldn't it? A team with that kind of financial support shouldn't be thinking twice about eating Luis Castillo's salary, bringing in Manny Ramirez, or rolling the dice on Ben Sheets. Should they?

But hey, let's give credit where credit is due: the Mets aren't completely sitting on their hands, they're building a "bigger, shinier and more advanced" Home Run Apple!

* Vote for your favorite anti-drug PSA from the 1980's at Home Run Derby. If you don't vote for Mike Schmidt, you're on crack.

* Gerry Callahan writes in the Boston Herald that the Red Sox "quietly are concerned" about David Ortiz: 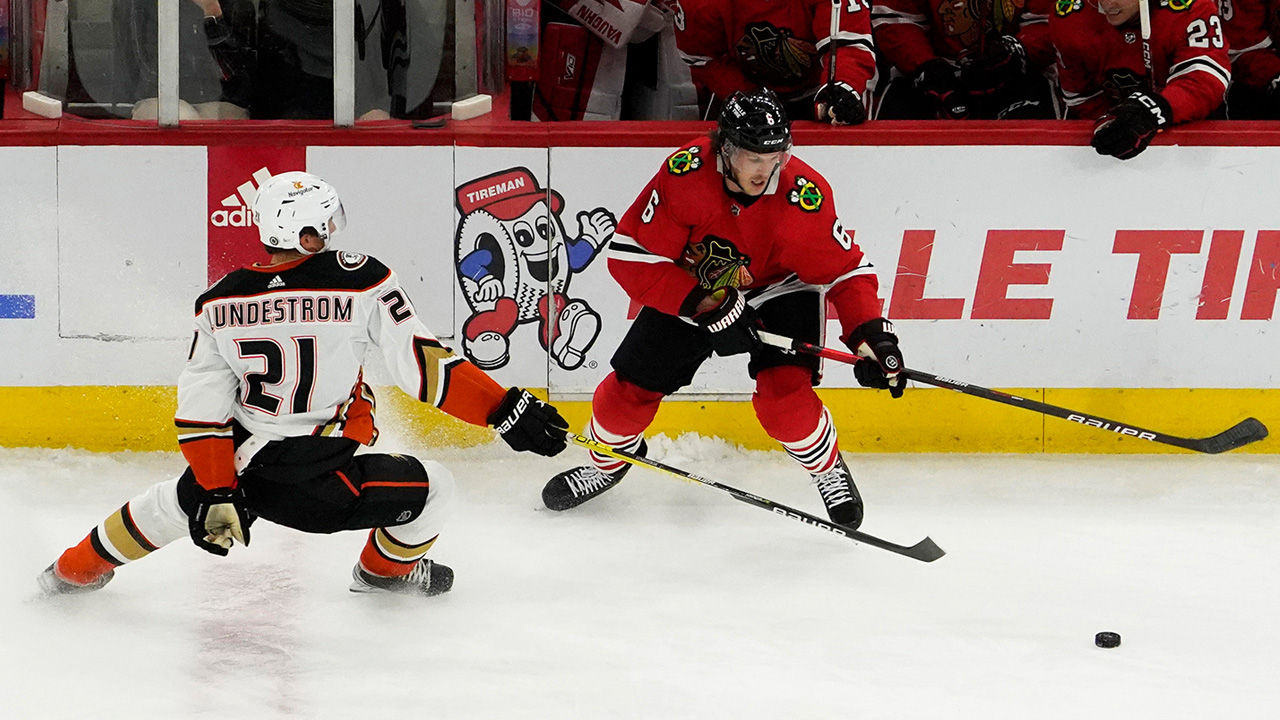 10 Observations: Blackhawks Lose to Ducks in OT for First Time Since 2018

Two years later, after hitting .143 in 14 games, he was released by the Cleveland Indians. The lesson, yet again, was clear: Fat guys don't last. The Hit Dog and Big Daddy never learned.

Will Big Papi? The Sox can only wait and wonder.

* AL MVP Dustin Pedroia is featured on the cover of MLB 09 The Show, and the AP comes through with the cliched "Ha ha, he had to wear a funny costume to make the video game!" article.

* The Nick Markakis extension that everyone has known about for a week is officially official.

* Spring training hasn't even started and things are already looking grim for the Rangers pitching staff: prospect Eric Hurley will miss 2009 with a torn rotator cuff.

* You know spring training is right around the corner when you hear the new Baseball Prospectus will be available soon.

* The Tribune Company has selected a favorite to buy the Cubs (via MLB Trade Rumors). Personally, I vote for Al's idea at Bleed Cubbie Blue.

* What teams still have money left to spend? Not the Marlins, who just said "no" to Pudge Rodriguez.

* Jonah Kerri asks: "How do you save the newspaper industry? Have more baseball players switch teams." Rocco Baldelli and Kerry Wood bought full-page advertisements to thank their former fans.

Left on Base: Small Market Mets, Worrying About Big Papi's Weight originally appeared on MLB FanHouse on Thu, 22 Jan 2009 16:40:00 EST . Please see our terms for use of feeds.