The news in Chicago is that Bears receiver/return man Devin Hester might not be ready to go for Sunday's game against Tampa Bay because of a rib injury. Coach Lovie Smith has indicated that they might not decide if he can play until Sunday.

Here's my advice to the Bears: If Hester can run at all, send him out there on special teams. But please, if he isn't completely healthy, don't even think about putting him on the field as a wide receiver. 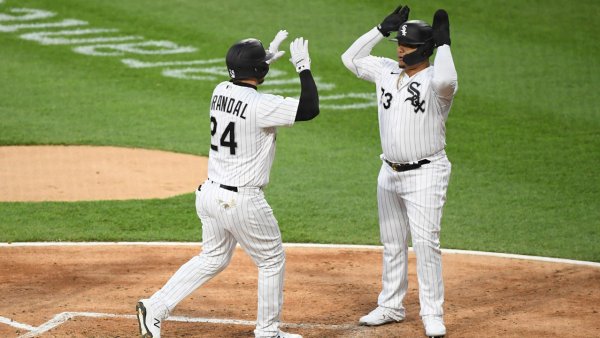 In theory, I like the idea of having Hester play wide receiver: He's a good athlete who knows what to do with the ball in his hands. But in reality, it hasn't worked: He caught one pass for seven yards Week 1 and one pass for six yards Week 2. Hester doesn't give the Bears anywhere near enough value on offense to risk aggravating an injury that could keep him from playing on special teams.

Hester is brilliant with the ball in the open field, but so far, Hester the wide receiver doesn't seem to have grasped the nuances of running routes that will allow him to get the ball in the open field. Some day he might be a fine receiver, but for now, the Bears need him returning kicks, and until his ribs have healed, they shouldn't even think about asking him to go over the middle to catch a pass.