Could this week get any better for the Chicago Cubs? I mean, they got the snot beat out of them by the Dodgers in the first round of the playoffs, getting swept for the second straight year. It was a devastating blow to Cubs fans all over, as I have a few friends who have slipped into catatonic states over it. It's even caused some to put their loyalty up for auction.

Of course, if whoring yourself out isn't your style, you could always just do what everybody else is and blame Kosuke Fukudome. It can't be that the Dodgers were just the better team, after all, there has to be something to blame. Whether it's a player, a goat, a black cat, or Steve Bartman. Well, I have some news for you Cubs fans out there that you might find a bit shocking. It's not a curse or any other stupid reason why you haven't won a title in one hundred years. There's something far more powerful at work here.

God hates you. Seriously. He hates you and your team with a passion. Don't believe me? Check this out. 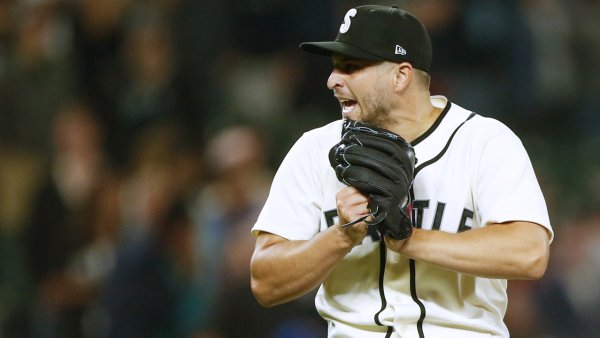 A truck hit a car carrying Marmol, a cousin and a friend in his hometown of Bonao near 2 a.m. The All-Star right-hander had just arrived in the Caribbean nation after the Cubs were swept by the Los Angeles Dodgers in the playoffs.

Marmol said in an e-mail to The Associated Press that the air bag deployed and he only suffered a cut and an "inflammation" of his forehead.

"Out of precaution they did different studies on my body, and I don't have any kind of serious injury," he wrote.

Luckily Carlos only needed seven stitches in his forehead, and other than that he's okay. You'd figure with the way things go in Cubdom he'd have broken his spine in 15 places and slowly bled to death while being picked apart by wild coyotes.

Since I was curious to see why God let Marmol live, I sent Him an email asking Him about it. Here's His response.

"He lived!? See, this is why you shouldn't outsource to Purgatory."

So don't be surprised tomorrow when news breaks that Lou Piniella was killed by a pack of rabid raccoons while on a camping trip in Wisconsin.