The Bears should be 4-0. You could go back and change like two plays to make that happen. Of course, the mark of truly great teams is actually winning those games and not having to say something like I just did. Great teams take care of business and leave the word "if" out in the cold.

Here's the thing, though, in the NFC North this year, you aren't going to have to be a great team to win it.

The Vikings have plenty of issues, none of which relate to Adrian Peterson when healthy, obviously, but they have struggled out of the gate. 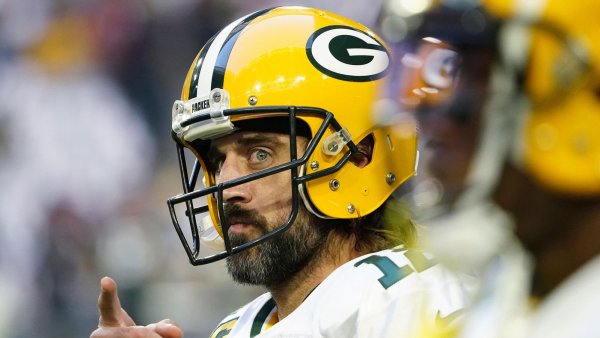 The Packers are better than the Bears, but not by a ton ... and Aaron Rodgers (don't you dare ever call him, "ARod" please) is hurt. Sure, he might play through it or only miss a game or two, but his injury really hurt the chances of the Packers to fulfill their potential. They have other injury problems as well. Brett Favre is not walking through that door!

Then you have the Bears. A team that won in Indy, and took down the mighty Eagles at home. Yes, the Eagles were without Brian Westbrook, but their defense -- the same one that people couldn't quit talking about before the game -- did yield 24 points to Kyle Orton.

The Bears were without Tommie Harris, whom I heard is pretty good at stopping the run. It's easy for Eagles fans to neglect that fact when whining about Westbrook being out. I call it a draw when one of the best defensive tackles in football sits.

You can look at those two losses and think of the missed opportunities -- and believe me, I have -- but you also need to realize the team learned from them and improved, evidenced by holding off Philly. You also need to realize Devin Hester missed all of the Bucs game and the late part of the Panthers game (when the Panthers took over). He makes a huge difference in terms of field position just by being on the field.

Also realize that Orton is in the midst of developing a rapport with an inexperienced (other than Marty Booker, of course) receiving corps, and Matt Forte has still only played in four NFL games. He's going to get better when they aren't playing the Eagles and Bucs stout run defenses.

The defense has passing coverage holes, but overall has been doing their job ... bailing out the offense after bad turnovers several times.

Then you have the schedule ... Lions twice, Falcons, Rams all sound like easy wins. I'll figure a home/home split with both the Vikes and Pack. The remaining games include home tilts with the Saints, Titans, and Jags; and a road game in Houston. What do you get if the Bears win two of those games -- which is very realistic?