We all remember the controversy. For some Illinois fans, the Chief was a symbol of community and tradition and togetherness. For others, it was a sad reminder of an ugly time when minstrel dances were acceptable, when whites robbed Native Americans of their land and adopted the traditions of the quiet, introspective savage as their own. It was about as unwavering and two-sided as any mascot controversy could ever be, one of those arguments -- like abortion, or tax policy -- that some people will just never, ever agree on.

We thought it was over. We were wrong.

We've long been one of those types that finds Illinwek offensive. Sorry, but it's true. It's sort of mind-boggling, actually, how many people can seem to find something so apparently insensitive -- a white college kid dancing around in traditional Indian garb -- to be such a sacred cow. 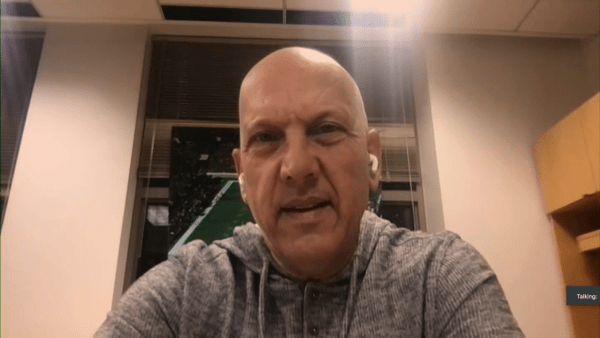 I'm aware of all the arguments in favor of the Chief, the stuff about the Illini tradition, and how it honors the tribe rather than exploits it. I find them to be dubious, but not entirely without merit. We think the problem for Illinois is not that the Chief is insensitive in and of itself -- lots of teams have insensitive logos, most specifically the Washington Redskins -- but that the energy directed towards preserving the Chief often seems to outweigh the actual affection for it. Why do people care so much? Is it because they really love that Indian costume? Or is it more about preventing change and maintaining tradition, even when that tradition is ugly?

All of it plays a part. It's hard to wrap our head around, to be honest. But we do wish people would let it go. It's a stupid Indian costume, for God's sake. Find something else to be nostalgic about.