Neighborhood-by-neighborhood breakdown of how the Bank of America Chicago Marathon course will traverse the city of Chicago.

The 2021 Bank of America Chicago Marathon takes to the streets of Chicago on Oct. 10, visiting more than two dozen of the city’s iconic neighborhoods.

The winding course will hit neighborhoods all across the city, from Lake View to Pilsen, and unfurl through 26.2 miles of city streets.

For more information on the race route, you can see the full map below.

Here is our neighborhood-by-neighborhood breakdown of how the course will move through the city of Chicago.

The race starts in Chicago’s Grant Park, then heads northward on Columbus Drive, then takes a left onto Grand Avenue.

The race continues west on Grand, then turns south onto State Street, heading back across the river.

The race continues from State Street, then heads west on Jackson Boulevard, then back to the north on LaSalle Street.

The race reaches the end of LaSalle Street, then curves along with West LaSalle Drive before hanging a left onto Stockton Drive, where it goes past Lincoln Park Zoo. 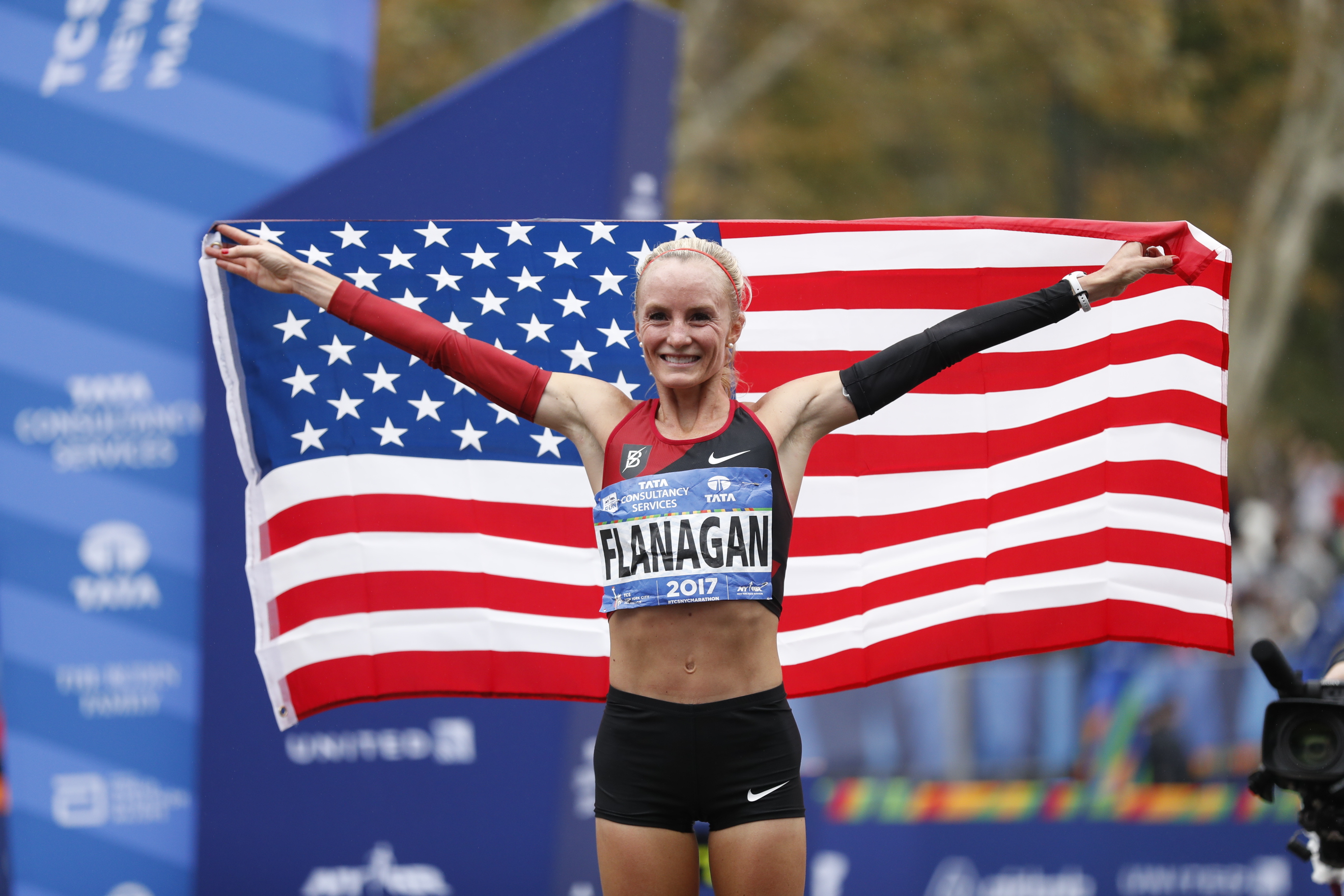 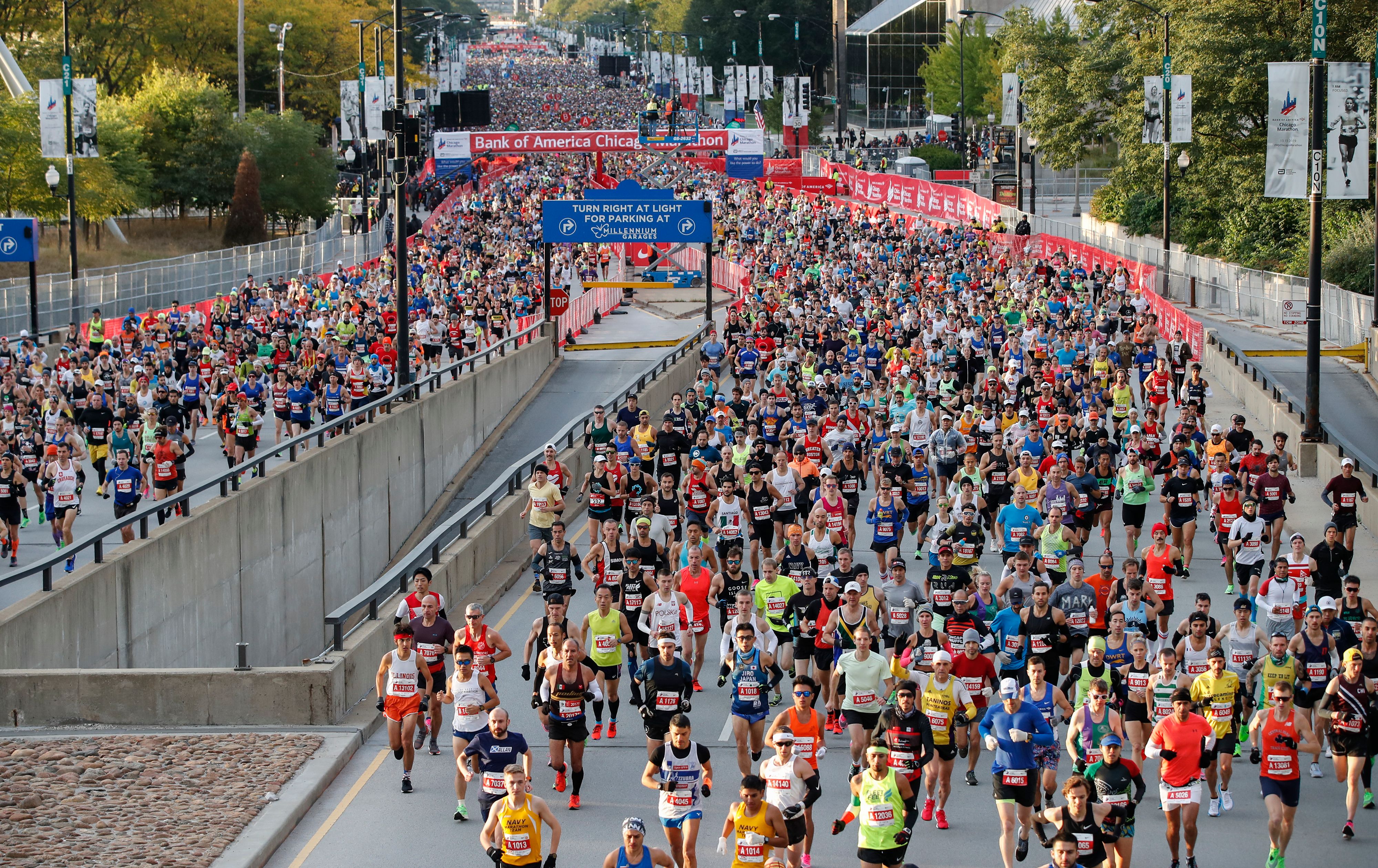 After proceeding up Stockton, the race turns to the east on Fullerton Parkway, then quickly north onto North Cannon Drive, passing the North Pond Nature Sanctuary and Diversey Harbor.

The race goes toward the northwest on Cannon Drive until it hits Diversey Parkway, then moves north onto Sheridan Road.

The race continues north on Sheridan Road, then merges onto Inner Lake Shore Drive. It then turns west onto West Sheridan Road and begins to move south onto Halsted and then drifts to the southeast on Broadway.

The race continues south on Broadway.

At Diversey Parkway, the race moves onto Clark Street and continues moving toward the southeast.

The race moves from Clark Street, turning toward the west on Webster, and cuts over to Sedgwick.

Shortly after the 11-mile mark, the race turns to the east on North Avenue, then heads south on Wells Street.

The race continues south on Wells Street, then after it crosses the river it moves onto Wacker Drive, and then onto Franklin.

The race turns to the west on Monroe Street, crossing back over the Chicago River and heading toward the South Loop. It then takes a turn toward the south on Halsted Street.

The race then takes a turn to the west again, this time heading down Adams Street.

The race continues down Adams Street, passing just to the south of the United Center, then turns south onto Damen, then back east onto Jackson Boulevard.

Neighborhoods: Near West Side, West Loop

The race turns toward the south at Halsted Street, then to the west onto Taylor Street.

The race turns south from Taylor Street onto Loomis.

The race turns off of Loomis and goes to the east down 18th Street, then turns right to head south on Halsted Street.

The race makes a triangle here, jogging to the southwest on Canalport Avenue, then heads east on Cermak and back across the Chicago River.

The race turns off of Cermak and heads south on Wentworth Avenue.

The race then turns to the east on 33rd Street, then goes south on State Street.

The course does a bit of a U-turn here, turning east onto 35th Street, then heading back to the north on Indiana Avenue. Finally, it jogs a bit to the northwest and catches South Michigan Avenue.

The course turns to the east on Roosevelt Road, hitting the 26-mile mark.

The final fifth of a mile goes to the east on Roosevelt Road, then goes to the north on Columbus Drive to the finish line.