Steven Stamkos had a goal and two assists in his return to the Tampa Bay Lightning lineup, and the defending Stanley Cup champions opened the season with 5-1 victory against the Chicago Blackhawks on Wednesday night.

Stamkos underwent surgery in early March that kept him out of all but one game in the playoffs before undergoing surgery again in October to repair the same core muscle. Wednesday’s game was the first full game Stamkos played since Feb. 22.

“It’s the best I’ve felt in a long time,’’ Stamkos said. “It’s tough sometimes in camp and those scrimmages you only have 10 days to get ready. Then you get into real action the instincts take over and you want to be out there making plays. But I felt good, I feel like I’m just going to build off of that and continue to get stronger.’’ 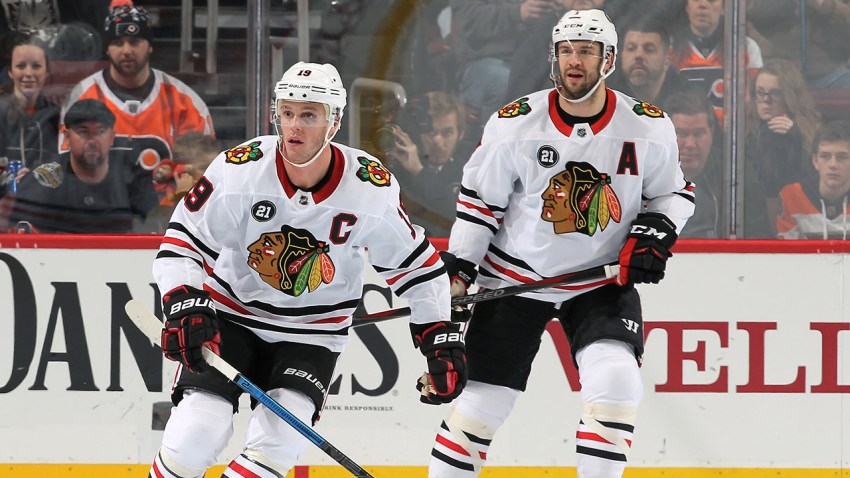 The Lightning captain has points in 17 consecutive games — including 14 goals.

Tampa Bay raced out to a 3-0 lead in the opening period on Palat’s rebound goal on the power play, Joseph’s redirect that bounced in off Subban, and Cirelli’s deflection of Erik Cernak’s shot.

“I felt in the first period I kind of was fighting my game,’’ said Subban, who made his first start with the Blackhawks. “A couple of goals were generated off rebounds. Maybe if kept those and made some stops they don’t develop that opportunity. But you have to look to build on that game, for sure.’’

Stamkos made it 4-0 with a power play goal in the second, one-timing a shot from the left circle where he’s scored so many goals during his career.

“Really happy that he was able to score,’’ Lightning coach Jon Cooper said. “You really have to hand it to him for sticking with it and battling with everything he’s had to to get back into the game.’’

Point one-timed Stamkos’ pass from the slot in the third that made it 5-0 before Strome broke the shutout bid with a power-play goal that bounced in off the skate of Vasilevskiy with 3:24 remaining.

“Certainly not the way we wanted to start the year,’’ Chicago coach Jeremy Colliton said. “We gave up too many chances and too many goals.”

Chicago played without captain Jonathan Toews, who is out indefinitely with an undisclosed illness.

Tampa Bay unveiled its 2019-20 Stanley Cup championship banner in a pregame ceremony, but will wait to raise it to the rafters until fans can be in attendance.

Rookie defenseman Cal Foote, the son of former Colorado Avalanche defenseman Adam Foote, made his NHL debut for the Lightning. He took the customary solo lap before pregame warmup. Foote had one hit in 10:47 during the game and finished as a plus-2.

Blackhawks: At Tampa Bay on Friday.