The Blackhawks have given interim general manager Kyle Davidson "full autonomy" to make hockey decisions moving forward, and his first big move came on Nov. 6 when he overhauled the coaching staff. But not a ton of people knew his background or journey prior to his promotion, including myself.

In an exclusive interview with NBC Sports Chicago, Davidson opened up about how his love for hockey started, the evaluation phase the organization is currently in, whether Derek King has a shot to be the permanent head coach, and much more. 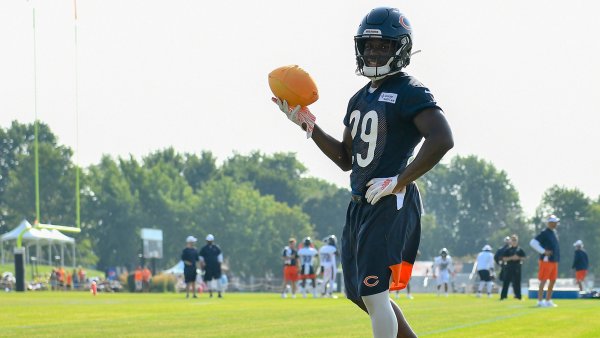 Bears Won't Rush Tarik Cohen's Rehab, But They Want Him Back 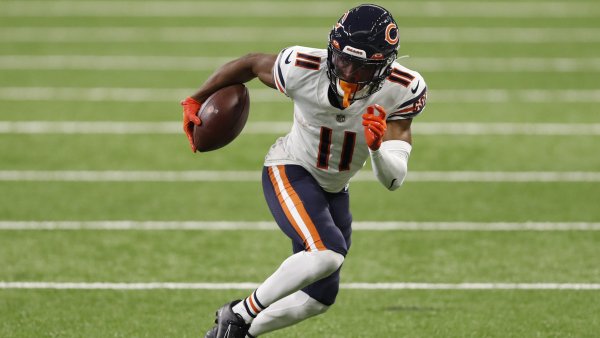 Here is the full transcript from the Q&A, which has been lightly edited for brevity and clarity:

I wanted to start out by getting into your background because not a lot of people know about you — and I don't know your background either — so how did you get involved in the game, fall in love with hockey?

Sure, so I played growing up. I wasn't good enough to play at a high level, but I grew up playing and I just loved the game and knew that once I got through school and post-secondary that I wanted to be involved with the team on the operations side of things, specifically hockey operations.

And so from high school on, it was trying to get experience. I started out with the Sudbury Wolves in the OHL on both the scouting side of things as well as game-day operations, kind of marketing tasks, getting a little bit of experience all over. And then into university, I interned with the Ottawa Senators in my senior year of college and then right out of university, I got an internship in hockey operations with the Blackhawks.

It was always something that I wanted to do, was be involved in hockey operations and I was fortunate enough to find spots on different teams along the way until I hooked on with Chicago in November of 2010.

Did you have a family background of hockey? Obviously growing up in Canada, I'm sure it was in everyone's blood, but did you have bloodlines of hockey backgrounds?

Yeah, my dad played. Again, not at the professional level, but he was very interested in and he was one of my first coaches growing up, so that was definitely an influence that got me into the game.

So, we both have something in common: We started as interns, me at NBC Sports Chicago and you with the Blackhawks, and climbed up the ladder. I know we were talking off the air about just how long ago it was, but walk me through the journey of getting that internship and then where it'd led you right now.

Yeah, I started as a hockey operations intern in November of 2010, as I mentioned. And from there it was taking on different tasks along the way, whether that was through breaking down video, analytics work, eventually moving into more of the CBA, salary cap aspect later in my tenure with the Blackhawks and, along the way, also getting involved in both pro and amateur scouting, involved in all those meetings, experiencing the operation in Rockford. So I was able to touch multiple different areas — actually all the areas — within hockey operations over the last 10 to 11 years that led to this point.

I've gotten a very in-depth look at everything that goes on here, firsthand tangible experience, and so that's all led me to where I am today. But it doesn't feel as long as it may have been — it was somewhat of a blur — but I've definitely got some great experience over the years.

If I told you in 2010 that 11 years later you would be in this role right now, would you have believed it? And did you ever think that it could lead to this, this quickly?

I think I always had that belief in myself that I could do the job at some point. You don't know when that opportunity is going to come or if it's ever going to come. I did have that belief that I could get to that point. But at 33, you asked me if I'd be interim general manager of an NHL team, specifically the Chicago Blackhawks, I would have taken that every day of the week. So it's definitely something I believed that I could do, but you just never know if and when that's ever going to arise.

How much did wearing all those different hats on your climb, in your rise within the organization really prepare you for this moment?

Oh, I think it's absolutely crucial. I don't think I would have been prepared if I wasn't given the access and the ability to experience what I experienced. I think the major things that I'm dealing with now, it's completely varied, and many of the different aspects that I'm dealing with on a day to day basis are in every aspect of hockey operations, and so without the previous exposure to how all those areas worked and how they operate then I wouldn't be able to really jump in full go like I have been to in the last week or two.

It wasn't until recently that you did get elevated to assistant GM to Stan Bowman. Us, the media or fans, we don't see the behind-the-scenes kind of stuff. What responsibilities did that include as of recently? I think it's salary negotiations? I want to say Dominik Kubalik and Dylan Strome were right up your alley.

Yeah, well that was the major thing that changed for me and my responsibilities once I became assistant general manager a couple of years ago, was handling some of those contract negotiations, whether it be Kubalik, Strome, some of the entry-level players, Brandon Hagel, those were all negotiations that I had handled, and so that definitely prepared me in terms of jumping into this role and dealing with more of that kind of thing on an everyday basis.

So obviously you have the keys to the car right now on an interim basis. How do you plan on getting this team back on track? It was a busy offseason. Roster-wise, it feels like things are kind of turning. How do you put your fingerprints on this?

Yeah, I think that remains to be seen in many respects. I think there's a lot that we still have to learn. Look, the start of the season was not easy. It was not what we wanted and I don't know how much we can conclude off of the first 10 to 13 games that we played. I think we've got to, now that Derek's in place, we'll hopefully have some runaway here and have some good success. But with that, I think we need to just evaluate what happens from here on out and really try and learn what direction we want to go and just kind of evaluate what's going on on the ice.

This is probably a bigger picture question and you may not be able to answer on an interim tag right now, but we've seen other teams like Boston and Pittsburgh, they have that core group of players and they needed to reload along the way. Do you feel like the Blackhawks are on the upswing again, where they went through a little bit of a transition period, reload in the offseason and now it's 'let's get this thing moving back in the right direction?'

I think that completely is up for evaluation at this point. I don't think we can really say one way or the other, and that's not because of the position, my title. That's just more, I think we have to learn where we're headed. This is going to be a new era. There's obviously new leadership in myself and how the evaluation process plays out I think will dictate what kind of labels other people may put on it or what direction we may go.

You hired Derek King to be the interim head coach. The media members and the fans, they're really starting to get a hold of what his personality is. Do you feel like that's rubbing off on players and maybe he's the guy that this team needs right now to just loosen up and get this thing back on track?

Yeah, I think that was a big part of the reason for going with Derek, is because he is someone that can come in and make people feel at ease. He can make people, especially the players because he's been in their shoes, he can help them get out of maybe some of these tense situations that they've been feeling in the locker room and on the ice the last while.

It's just a change of pace. I think we did need a bit of a reboot there and I think Derek's a great personality to bring some new energy into the room.

I know the plan isn't to hire a permanent head coach in-season, that's probably going to be an offseason thing. Do you see Derek potentially getting a shot at this gig long-term if he does really run with it and if the team responds to him throughout the rest of the season?

Derek is going to get a look, for sure. And he's got a great opportunity to showcase what he can do with the team, how we wants to maybe, the style he wants to play, how he's going to motivate players, how he's going to hold players accountable. He's got the best, the interview, he's got a practical one. He can show us what he wants to do. So he's definitely going to be in consideration and I think with that process, we'll kind of get into that after the season, but Derek's got some runway here to show us what he's got and he's definitely going to be part of the process.

It's a unique situation going on right now where there's an interim head coach and an interim GM. I asked Derek whether he's treating this as a tryout and he couldn't even let his mind go there. How are you, personally, treating this stretch?

I think you have to evaluate as things come up, execute as things may present themselves and go from there, but I don't want to treat it any different because I have the interim tag. I think that would be a disservice to the organization, the fans that there are things that need to be done and I don't want to avoid any of it if it's for the better of the team.

Last one, what message would you give to the fanbase that they should have confidence in you moving forward and your ability to manage this team?