The Chicago Bears managed to overcome a 10-point deficit to tie their game against the New Orleans Saints Sunday, but they couldn't finish off the comeback in overtime as the visitors scored a 26-23 victory at Soldier Field.

Late in the overtime period, Will Lutz drilled through the game-winning field goal, sending the Saints to the victory and the Bears to a 5-3 record at the halfway point of the season.

Both teams had lengthy drives to start out the game, but both were forced to settle for field goals. Will Lutz drilled through a 38-yard attempt to make it 3-0 early on, and Cairo Santos followed suit with a 44-yard field goal to knot things up at 3-3 after 15 minutes of action.

The Bears got two huge plays from Foles in the early stages of the second quarter to take the lead. After a 50-yard completion to Darnell Mooney, Foles then found Allen Robinson for a diving 24-yard touchdown grab to give the Bears a 10-3 lead with eight minutes to go in the second quarter.

After a Santos field goal made it 13-3, the Bears had an opportunity to send the game to the locker room with a 10-point lead, but after a Matt Nagy timeout the Saints were able to advance the ball down the field and score thanks to some soft coverage from the Bears’ secondary.

Drew Brees found Jared Cook on a 16-yard completion with just three seconds left in the half, giving the Saints some momentum and a 13-10 deficit heading into the break.

The third quarter saw the Bears succumb to the lack of discipline that has been the hallmark of their game at times this season, with Javon Wims getting ejected from the game and the Bears committing multiple pre-snap penalties. Even still, the defense managed to hold the Saints to a pair of field goals, although New Orleans took a 16-13 lead with one quarter to go. 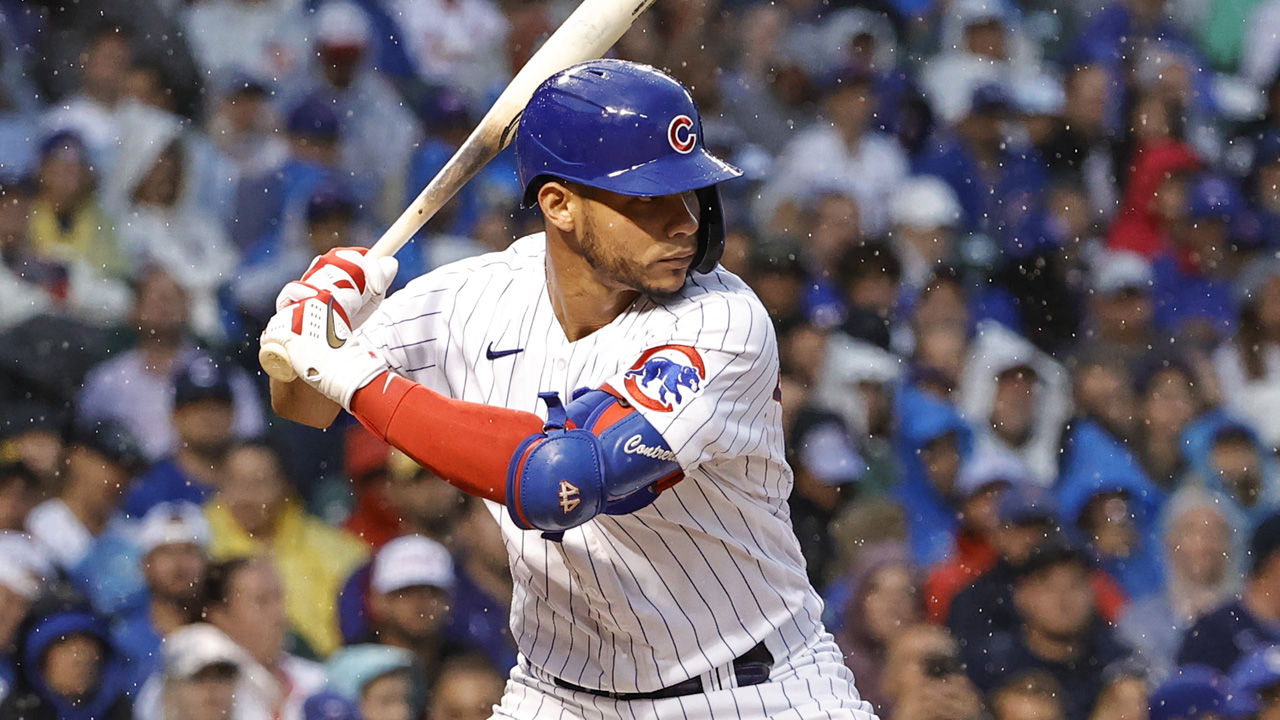 Cubs' Willson Contreras Ejected Vs. Diamondbacks, Gets Money's Worth

That changed early in the fourth quarter, as Brees found Taysom Hill on a 20-yard touchdown pass to give the Saints a 23-13 lead with 10 minutes remaining in the contest.

The Bears were able to answer shortly thereafter with a touchdown of their own, with Darnell Mooney hauling in a touchdown catch to make it a 23-16 game with 3:32 to go.

After a Saints three-and-out, the Bears converted on a fourth-and-long to Miller, then Robinson hauled in a catch on 4th and 2 to stop the clock with 33 seconds to go. The Bears faced another bit of adversity as Foles was sacked with 23 seconds to go, forcing the Bears to call their final timeout.

Foles hit Miller on a pass on third down, setting up a 51-yard field goal attempt for Santos with 18 seconds remaining in the game. The Bears' kicker made the first attempt at it, but a Saints timeout negated it. He then stepped up and drilled through the second attempt as well, tying the game and setting up overtime.

The Bears and Saints traded unsuccessful drives to start the overtime period, with both teams having to settle for punts. The Saints got the ball back late in the frame, and Brees scrambled to find Jared Cook for a key first down to put the squad within field goal range at the two-minute warning.

The Saints benefitted from a Bears penalty to drive further into Chicago territory, and Lutz chipped in the game-winning field goal to give New Orleans the victory.

The Bears, losers of two straight games, will head to Tennessee next week to take on the Titans.