When he addressed the media on Monday, Bears head coach Matt Nagy said the team was “still gathering facts” in regards to Justin Fields’ ribs injury. He couldn’t say whether or not the rookie was suffering from bruised ribs, or broken ribs, and couldn’t say whether he would be able to recover in time to play against the Lions this Thanksgiving.

But according to a new report from Ian Rapoport, Fields will sit and it will be Andy Dalton who leads the Bears in Detroit. According to Rapoport, the turnaround from Sunday to Thursday was “too quick” for Fields to get ready in time. 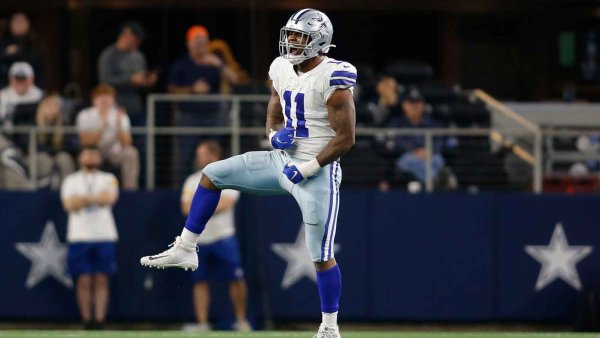 Challengers to Micah Parsons for NFL Defensive Rookie of the Year

“I want to compliment Andy Dalton for being able to come in this game, in this environment and right away have two plays and get going there with that,” Nagy said after Sunday’s game. “In the end, in a crucial situation – situational football – for him to make plays the way he did, I think it shows who he is as a quarterback, who he is as a person for the offensive guys to battle there in the end to give us a chance to win.”

After being shut out in the first half, Dalton entered on the Bears’ second drive of the third quarter. The offense scored its first points of the day on an RPO screen pass to Darnell Mooney. Then in the fourth quarter it looked like Dalton and Marquise Goodwin had connected on the game-winning touchdown in remarkable fashion. On a 4th-and-11 play, the Ravens brought a cover-zero blitz, but Dalton was able to hit Goodwin on a 29-yard touchdown.

The lead didn’t last however, as the Bears gave up the deciding touchdown on the following Ravens drive.