It’s Packers week. For Bears players, coaches, fans and even media, things always feel a little bit different when these two teams come together. Lovie Smith understood it when he declared "The number one goal is to beat Green Bay,” in his introductory press conference in 2004. Matt Nagy displayed his understanding of Bears history when he went with a “T” formation for the very first play of his head coaching career, which happened to be against the Packers. He showed it again when he dressed like George Halas for the Bears’ 2019 opener一 and 100-year celebration一 again, against the Packers.

But this year things are different. The Bears have gone 1-5 against the Packers under Nagy, so instead of putting the game on a pedestal, they’re trying to minimize its importance. Nagy said he doesn’t want players to put too much emphasis on the game, too soon, for fear that they may overhype themselves and not play the way they’re capable of playing. 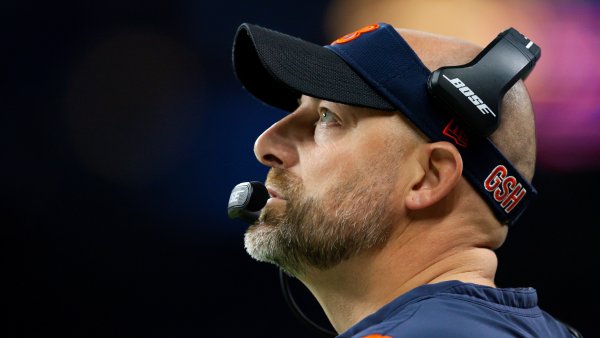 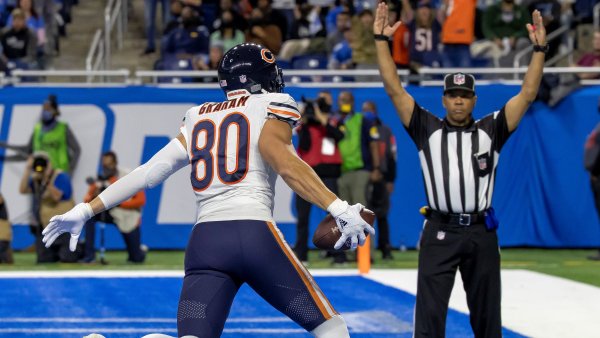 “As the rest of the week goes on and you get closer and closer, you might juice it up a little bit to try to get them really going,” Nagy said. “We always talk about, ‘Don’t peak too soon.’ They hear me say that all the time. That’s real. Wait until you get to Sunday. When you get to Sunday, then let’s peak. So it’s一 the emotion kind of takes care of itself when we’re in Soldier Field and the fans are rocking and you look over there and see that opponent. It’s our job now to play hard and play fast but play smart.”

That messaging has clearly trickled down to the players, as most of them have downplayed this rivalry game in Week 6.

“To be honest, I’m just treating it like a regular game,” said James Daniels. “I mean it’s a division game which is important, it counts as two, kind of, technically, it counts as two games. I just treat every game as the same and just go out there preparing this week to win on Sunday.”

“In the back of your mind, you know, OK, we’ve got Green Bay, big rivalry game,” said Kindle Vildor. “But you’ve still got to settle yourself down. You can’t get too up, you can’t get too down. You’ve got to stay one level and go out there and have fun and play the game of football like we usually do.”

“I don’t put anything on it,” said Jaylon Johnson. “Other people may put stuff on it, but at the end of the day we’ve got to line up and play football. So I mean, I’m not worried about the extras that come with playing the game.”

Justin Fields knows a thing or two about big time rivalries from his time playing in OSU-Michigan matches, so he was fairly nonchalant when asked about his knowledge of the Bears-Packers historyー although to be fair, he’s pretty nonchalant about most things.

“I'm pretty familiar with it,” Fields said. “Yeah, I mean, a rivalry game, it's big. I've been in the position before. I wouldn't say it totally prepares me for this, but I have a pretty good idea of what a big rivalry game looks like.”

But for some, it will be the first time playing in a major rivalry game. Khalil Herbert played four seasons at Kansas, where the Jayhawks are more known for their basketball program than for football, and one year at Virginia Tech. But that one year in Virginia Tech was 2020, without fans in the stands, so he didn’t get to experience the full intensity of their game against Virginia. It’s understandable if it’s harder for him to minimize this week.