Justin Fields to Start for Bears Sunday vs. Cleveland

Justin Fields will be the starting quarterback for the Bears as they take on Cleveland Sunday, head coach Matt Nagy announced Wednesday.

Nagy said that while Andy Dalton likely won't be going on injured reserve, Fields will start this weekend and Nick Foles will back him up.

Nagy reiterated, however, that, when healthy, Dalton will still be the Bears' starter.

Dalton sustained a bone bruise in his injured knee at the start of last weekend's home opener at Soldier Field, an MRI confirmed this week. 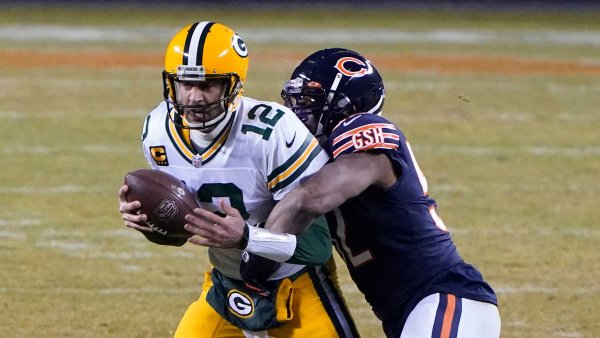 Fields played the second half and the rookie quarterback used Chicago’s stellar defensive performance to direct the Bears to a 20-17 victory over Joe Burrow and the Cincinnati Bengals.

Nagy said Wednesday his message to Fields heading into Sunday's matchup is: "Do what you've done, you've played a lot of big games. Play loose, have fun, trust your teammates. Don't try and be a hero, just play."

Nagy said Fields' reaction when he learned of the news was "stoic," but is he ready?

"We'll see," Nagy said, adding that Fields has "gone above and beyond" and is ahead of schedule in his eyes.

Fields said he wasn't stunned to learn of the news, but feels he's ready.

"I think I'm ready," he told the media Wednesday. "I've been preparing for this moment for a long time."