With all the Carson Wentz hysteria over the last two weeks, it’s easy to forget that the No. 1 quarterback requesting a trade still hasn’t moved: Deshaun Watson. While recent reports say Texans GM Nick Caserio has no intention of putting Watson on the trade block, if the 25-year-old superstar is serious about leaving Houston and holds out, Caserio may have no choice but to make a deal. 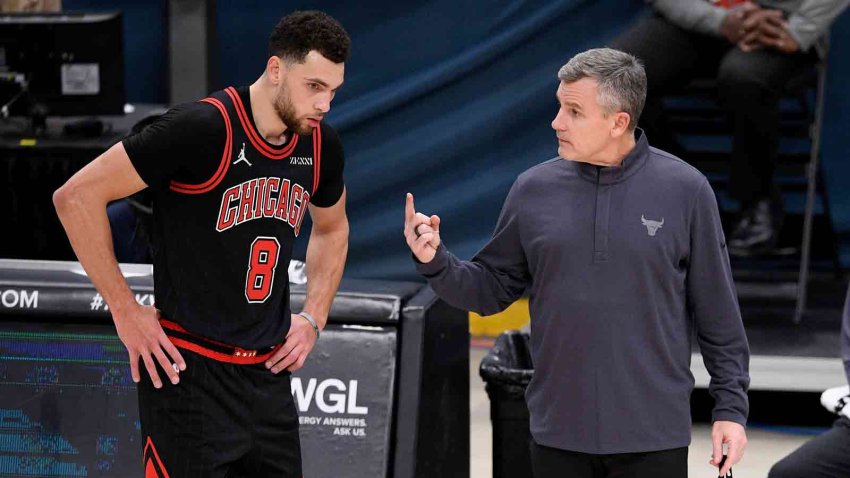 So if push comes to shove, and Caserio does decide to trade his star QB, what are the Bears’ odds of winning the Watson sweepstakes? According to Pro Football Talk’s Peter King, not great.

“Chicago would certainly be interested, but drafting 20th this year is a big negative,” King said in his “Football Morning in America” column. “With no QB other than Nick Foles to deal, the lack of significant young talent to package is a negative too.”

King thinks the Panthers are best situated to make a deal for Watson.

“I’d be surprised if the Panthers hadn’t made an offer by now, quite frankly,” King said. “This is a fit in many ways. Very aggressive new owner (David Tepper), who would move mountains for a franchise QB. It’s not in the AFC, meaning Houston wouldn’t have to see Watson in the playoffs till the Super Bowl. (That would be a Belichick factor.) Because the Panthers are not flush with draft capital, I think they’d have to include a quarterback with some value and at least two very good veteran players. By the way: Cal McNair, I’m sure, would also love the fact that, if the NFL’s scheduling formula stays the same, Watson as a Panther would not play in Houston till the 2027 regular season. Cross-conference matchups happen every four years, meaning Carolina, which played at Houston in 2019, would host the Texans in 2023 and play at Houston in 2027. But that’s pretty low in the pecking order of factors in this trade. Very low.”

Even though the Panthers present a great fit to make a deal with the Texans, King still thinks they’ll have to pay a serious price to get Watson. More massive than you’re likely imagining now.

“A 7-for-1 deal,” King said. “Running back Christian McCaffrey, quarterback Teddy Bridgewater, receiver Robbie Anderson and first-round and second-round picks in 2021 (eighth and 39th overall), a first-round pick in 2022 and third-round pick in 2023 in exchange for Watson. Houston might push for the inclusion of 22-year-old pass-rusher Brian Burns as a vital part of any deal, which would be a tough giveaway for coach Matt Rhule. Of course, McCaffrey would be tough too.”

Wow. To call a deal of that magnitude “franchise-altering” would be an understatement.

Extrapolating a deal like that to the Bears, it might look something like Khalil Mack (McCaffery’s stand-in as the most impactful on the team), Nick Foles (the QB replacement), Darnell Mooney (a young, above-average wideout like Anderson), plus Roquan Smith (if Houston insists on a young defensive playmaker like Burns), plus all the picks.

Ryan Pace is certainly no stranger to blockbuster deals, but a price tag like that would make even the boldest of GMs balk.