Looking to make a statement against the Los Angeles Rams on a national stage, the Chicago Bears instead struggled on offense and allowed a series of penalties on defense to derail their momentum as they lost 24-10 on Monday night.

Bears quarterback Nick Foles threw for 261 yards and tossed a pair of interceptions in the contest, with the team scoring zero offensive touchdowns in the defeat.

Rams quarterback Jared Goff threw for 219 yards and a pair of touchdowns, and Malcolm Brown rushed for 57 yards and a score. Darrell Henderson Jr. added 64 rushing yards as the Rams combined for 166 yards on the ground.

The Rams struck first early in the game, as Goff found Josh Reynolds for a touchdown pass with four minutes to go in the quarter, giving Los Angeles a 7-0 lead.

The Bears responded with a drive down the field, but they had to settle for a Cairo Santos field goal to trim the LA lead to 7-3. The Bears’ defense managed to keep the Rams largely at bay, stopping them near the goal line on a late quarter drive as Samuel Sloman knocked through a short field goal for a 10-3 advantage at the break.

After exchanging punts to start off the third quarter, the Rams were able to get on the board again, with Reynolds doing some of the heavy lifting on a 21 yard catch to convert on an early third-and-five. A few short passes helped the Rams out, as did a grueling 12-yard run by Brown as he carried a pile of players down to the one-yard line. Brown then finished off the drive with a touchdown run up the middle, giving Los Angeles a 17-3 lead. 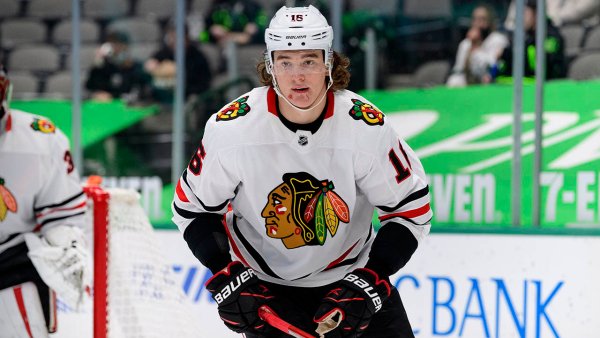 A six-play, 71-yard drive got the Bears down to the Rams’ 9-yard line, but Foles was intercepted after throwing into double coverage in the end zone, ending the drive.

The Rams responded with another touchdown late in the third quarter, as Goff dumped off a pass to tight end Greg Everett. He then scampered his way into the end zone, extending the Los Angeles lead to 24-3.

That score stayed in place until the middle of the fourth quarter, when Robert Quinn forced a fumble by Robert Woods deep in Rams territory. Jackson picked the ball up and ran it into the end zone, giving the Bears a bit of life and a 24-10 deficit.

Unfortunately Foles and the Bears couldn’t take advantage, as the Bears’ quarterback was intercepted by Jalen Ramsey with 3:13 remaining in the game.