Bears Injury Report: Amukamara Likely In, Gabriel Out vs. Packers

The Bears' cornerback missed last week's game with an injury, but participated in all three practices this week

The Chicago Bears’ final injury report of the week was a mix of good news and bad news, as several starters will remain out of the lineup for the showdown with the Green Bay Packers.

On the positive side of the ledger, cornerback Prince Amukamara and wide receiver Cordarrelle Patterson were both listed as full participants in Friday’s workout at Halas Hall, and neither was listed on the “game status” report for Sunday, indicating that both are expected to play at Lambeau Field.

The Bears also said that defensive end Roy Robertson-Harris and wide receiver Javon Wims, who missed the first two practices of the week with foot and knee injuries respectively, were limited participants on Friday, and both are listed as questionable for Sunday’s game.

The Bears did have to rule out a total of four players, as Ben Braunecker and Taylor Gabriel will both miss Sunday’s game with concussions. Right tackle Bobby Massie remains out with an ankle injury, and linebacker Danny Trevathan is still out with an elbow injury.

Justin Fields in for Bears at Quarterback, Andy Dalton Hurt 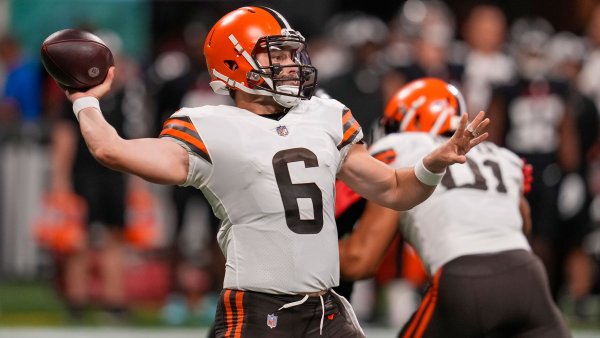 The game is just about a must-win for Chicago, as they remain two games behind the Minnesota Vikings in the race for the final wild card spot in the NFC. They do currently hold the tiebreaker over the Vikings, but would lose on a tiebreaker to the Los Angeles Rams, who are currently a game ahead of Chicago in the standings.