The Chicago Bears are busy looking for a new head coach and general manager, but another project that could be picking up steam is the potential purchase of Arlington International Racecourse, with team brass saying that they are focusing on evaluating the property as the potential site of a new stadium.

In September, it was revealed that the Bears had agreed to purchase the suburban site, with the intention of exploring the possibility of building a new stadium there.

In October, the Bears had begun talks with Arlington Heights officials on potential zoning for a new stadium project.

During a press conference Monday, team President Ted Phillips said that the club is moving forward with the purchase of the site, a process he said could take the rest of the year. 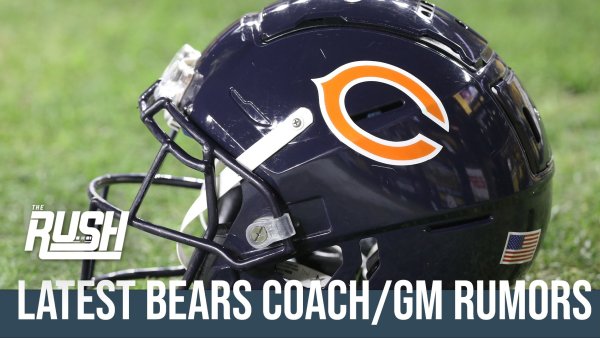 “The closing on the land is probably going to take the rest of this year, maybe into the first quarter of 2023. And at that point in time, we will decide whether it’s financially feasible to try to develop it further,” he said. “I think what’s important now is that our focus for long-term development is exclusively on that property in Arlington Park.”

Team Chairman George McCaskey said that Phillips’ focus will largely remain on that project, rather than the ongoing search for replacements for Matt Nagy and Ryan Pace, and that the club is moving full steam ahead with the purchase process.

The Chicago Bears, who submitted a bid to acquire Arlington International Racecourse earlier this summer, have signed an agreement to make that purchase, potentially taking a step toward building a new stadium at the site, Mayor Lori Lightfoot’s office confirmed.

“Ted Phillips is in charge of that project. And I think the best way to explain it is like anybody who’s bought a house, or a lot to build a house,” he said. “There’s a time between when the property is under contract and closing, and during that time, there are a number of things that need to be done in terms of due diligence, (and) there’s a lot of due diligence that needs to be performed before we close.”

The possibility of the Bears moving to Arlington Heights has created plenty of controversy and conversation since the news broke in 2021 that the team was one of the potential buyers of the iconic site.

Since then, Mayor Lori Lightfoot has said that her intention is to convince the Bears to remain in the city, and a Chicago alderman even floated the idea of purchasing the Bears to keep them at Soldier Field for the long-term.

McCaskey said that discussions with the city on “present operations” at the stadium remain ongoing, and that they met with officials in recent weeks to discuss accommodations at the facility.

Still, McCaskey echoed Phillips’ sentiments that the team is fully intent on exploring its potential purchase in Arlington Heights.

“We don’t even own the property yet. (But) we’re exploring the viability of building a football stadium on that property,” he said. “We’re excited. It can be an entertainment destination, with multiple facets to it that I think could really help put Arlington Heights on the map as a destination spot.”

If the Bears were to break their lease at Soldier Field, which runs through 2033, then they would be on the hook for a fee of $84 million, according to NFL.com. The earliest the team would be able to make that decision would be in 2026, according to the report.