Also, Marshall says there isn't a bullying problem in the Bears' locker room

In today’s edition of Bears Bites, we take a look at an injury to a key member of the Chicago Bears’ special teams unit, a deeper look at the 4th-and-1 call that Marc Trestman made on Monday night, and what obstacles Jay Cutler will face when he returns from his groin injury.

-According to a Bears team spokesman, long snapper Patrick Mannelly will be “week to week” for the Bears, and was walking around Halas Hall with a walking boot on his injured calf. To that effect, the Bears signed former Bear Jeremy Cain to fill in for him. [CSN Chicago]

-Despite the great effort of the Bears’ defense against the Green Bay Packers on Monday night, one area of concern remains their safety group. Chris Conte and Major Wright have got to step up for the Bears in a big way, because if they don’t, then the heat will surely be turned up on Mel Tucker. [HubArkush.com]

-One of the best in the business at breaking down film is at it again, as Dan Durkin explains in great detail how the Bears were able to pick up a key first down on that controversial decision by Marc Trestman to go for it on 4th-and-1 deep in his own territory. [670 the Score] 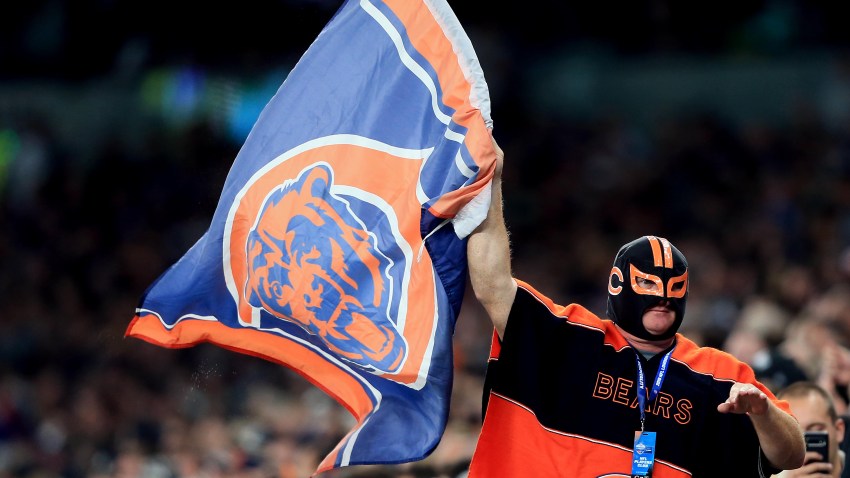 Bears Will Play Jaguars in Florida, Not London, Next Season

-Jeff Dickerson has an interesting story on how the Bears would have to adjust their offensive strategy if Jay Cutler were to come back this week against the Detroit Lions. For instance, they would have to use the shotgun almost exclusively because of Cutler’s injured groin. [ESPN Chicago]

-Another criticism of the Bears’ defense in recent weeks has been their patent inability to tackle, and Adam Jahns says that this is an area that the Bears have to improve upon if they are going to beat the Detroit Lions. [Chicago Sun-Times]

-One of the more disturbing stories in the NFL recently has been how Miami Dolphins lineman Jonathan Miller was bullied by Richie Incognito, but according to Brandon Marshall, that kind of bullying does not occur in the Bears’ locker room. [Daily Herald]

-Finally, and on that same topic, NFL commissioner Roger Goodell has hired an independent lawyer to investigate the Dolphins’ handling of the situation. [Chicago Tribune]