With Gar Forman on the West Coast scouting, John Paxson talked about the particulars that went into the decision to trade Luol Deng

John Paxson, the Chicago Bulls VP of Operations addressed the media at the United Center on Monday in the wake of the trade that sent Luol Deng to the Cleveland Cavaliers for Andrew Bynum – who is expected to be waived later today – and a myriad of draft picks.

Ordinarily, this would have been general manger Gar Forman’s task to address the assembled media with regard to any personnel decisions involving the team, but inclement weather made travel difficult, so Paxson held court in his stead.

Paxson began by praising Luol Deng for what he’s accomplished wearing a Chicago Bulls uniform and for the way he’s represented the team.

“Lu is the fourth leading scorer in Chicago Bulls history. It’s [Michael] Jordan, [Scottie] Pippen, Bon Love and Luol Deng,” said Paxson. “That tells you the type of career that Lu has had with his organization. What he’s meant on the floor has been enormous, but what he’s meant off the floor has been enormous too because we take great pride and appreciation for players that represent the organization well. And Lu has gone above and beyond anything we’ve ever imagined.”

Paxson also spoke on how difficult the decision was to trade Deng and said that it was not an easy one to make. He then gave insight into what the internal discussions were that ultimately led to the trade. 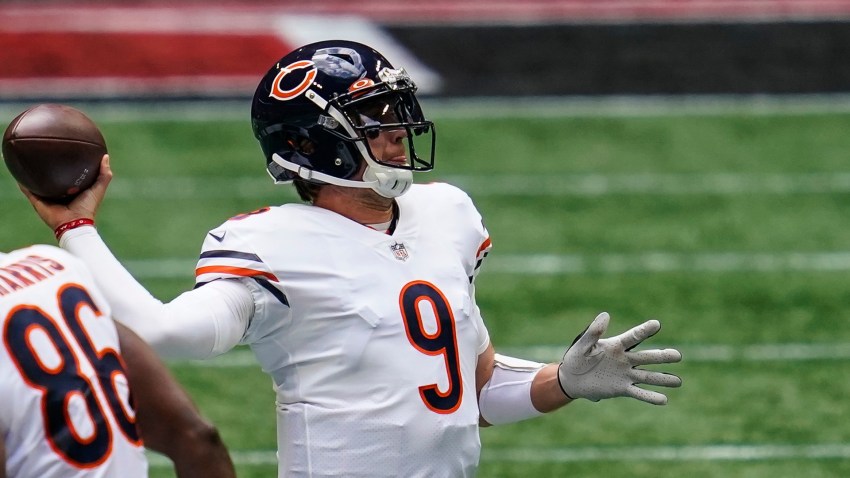 Under Center Podcast: The Nick Foles Era Has Begun With Dave Wannstedt

Beginning with the return of Derrick Rose, Paxson said the team’s belief and goal was to make it all the way to the NBA Finals. But the injury to Rose’s knee and subsequent surgery changed the team’s thought process considerably.

“When Derrick had the injury against Portland and we learned that surgery would keep him out the rest of the year, at that time, our focus had to broaden a little bit,” he explained. “We had to look a little more about the future and a little less about today … Derrick’s injury this year forced us to look at things in a broader perspective.”

Paxson said the team had high hopes of keeping Luol Deng and said the front office spent the last “five or six days” trying to figure out a way to make it happen. With the reported offer of $10 million per year, he said the team felt it was “competitive and very reasonable in a lot of ways,” and gave the team an opportunity to continue to build the team with Deng still on the roster.

“The offer that we made was rejected, which was absolutely Lu’s prerogative to do so,” he said. “Players don’t very often have an opportunity to become free agents in this league, and you never want a player to take a contract or a deal they’re not comfortable with. The fact that he didn’t take it, we understand that completely.

“When he didn’t take the deal and over the weekend we realized how far apart we were in terms of coming to any type of agreement, we had some very difficult discussions. And over the weekend, Jerry [Reinsdorf], Michael Reinsdorf, Gar and myself had lengthy conversations – we obviously talked to Tom [Thibodeau] during this process, too.”

Paxson pretty much acknowledged that acquiring Andrew Bynum and their intention to then waive him made this trade more of a salary dump than anything else, and cited the flexibility it gives the team in making future personnel moves moving forward.

And in addressing the previous reports that Derrick Rose was unhappy with a potential rebuild by the team, Paxson said that Jerry Reinsdorf personally contacted Rose and notified him about the Deng trade.