The Chicago Blackhawks set an NHL record for the best start to a season, beating the San Jose Sharks 2-1 on Friday night to give them at least one point in their first 17 games.

Blackhawks rookie Brandon Saad scored a short-handed goal early in the third period to snap a 1-all tie. Chicago (14-0-3) won its fourth straight game to break a mark set by the 2006-07 Anaheim Ducks, who earned points in their first 16 games.

The Blackhawks equaled that run Tuesday with a shootout win over Vancouver. 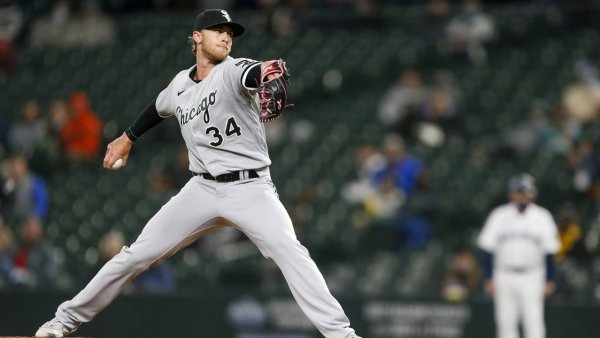 White Sox' Michael Kopech in ‘Good Spot,' But Has No Return Date 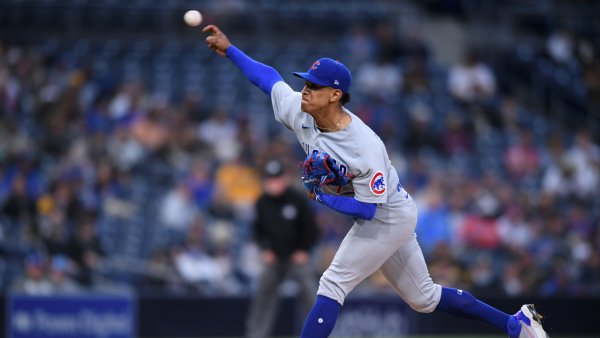 Cubs' Adbert Alzolay to Return From IL During Homestand

Saad closed in on the left wing one-on-one with San Jose defenseman Brent Burns. After a quick fake, Saad fired a shot from the circle that beat San Jose's Antti Niemi just under the glove 2:24 into the period.

Viktor Stalberg also scored for league-leading Chicago, which has captured a total of 31 of 34 possible points.

Blackhawks goalie Ray Emery made 26 saves to win his fourth straight start and improve to 7-0. Chicago killed all four San Jose power plays, all of which occurred in a span of under 14 minutes late in the second and early in the third periods.

Patrick Marleau scored for the Sharks, getting only his second goal in 11 games after getting nine in San Jose's first five games.

Both Emery and Niemi were sharp throughout most of the game. But a misplay by Niemi led to Stalberg's goal at 16:40 of the second period, and he seemed fooled on Saad's score. Niemi stopped 32 shots.

Niemi, who was the goalie when the Blackhawks won the Stanley Cup in 2010, also let in a couple of soft goals in a 4-1 loss to the Blackhawks at the United Center last Friday.

Chicago and San Jose faced each other for the third time in 17 days. The Blackhawks defeated the Sharks 4-1 last Friday and 5-3 in San Jose on Feb. 5.

The Blackhawks had a full lineup for the first time since their season opener at Los Angeles.

Crawford, who sat out three games with a upper-body injury, backed up Emery.

Chicago forward Marian Hossa was back after being hit in the back of the head by Vancouver forward Jannik Hansen on Tuesday and leaving early in the third period. Hansen was suspended for one game by the NHL.

Marleau broke the scoreless tie late in the first period. He connected with 14.2 seconds left to give San Jose a 1-0 lead.

Emery made a point-blank pad save on Joe Pavelski's tip of Joe Thornton's shot from left wing, then Marleau pounced on the rebound in the slot. Emery got his left pad on Marleau's attempt, but the puck barely slid over the goal line.

Stalberg tied it at 1 at 16:40 of the second on a play from the left corner. From sharp angle and with traffic in front, Stalberg whipped the puck toward Niemi. It struck the inside of Niemi's left pad near the knee and deflected in.

Saad's goal 2:24 into the third, and with 3 seconds remaining on a penalty to Seabrook, made it 2-1.

Then Chicago's penalty killing and alert work by Emery helped preserve the lead.

Niemi was pulled for an extra attacker with 1:10 left, but Chicago kept the Sharks off the puck and off balance. Hossa missed an empty net in the final seconds.