Marian Hossa scored the tiebreaking goal early in the third period, and the Chicago Blackhawks moved to the brink of the Stanley Cup finals with a 3-2 victory over the Los Angeles Kings on Thursday night in Game 4 of the Western Conference finals.

Patrick Kane tapped home the tying goal as Chicago rallied from a second-period deficit to snap the defending Stanley Cup champions' 15-game, home-winning streak since March. Bryan Bickell had a goal and an assist for the top-seeded Blackhawks, who took a 3-1 lead in the best-of-seven series.

Slava Voynov and Dustin Penner scored for the Kings, who had won their first eight playoff games at Staples Center. The champs are in trouble after Jonathan Quick failed to match Corey Crawford, who made 19 saves.

Game 5 is Saturday night in Chicago.

The Blackhawks won without top defenseman Duncan Keith, who served a one-game suspension for high-sticking Jeff Carter in the face during the second period of Game 3. Keith easily is the Hawks' ice-time leader and top-scoring defenseman, but Sheldon Brookbank filled in while Chicago played strong team defense in front of Crawford, who has matched the Conn Smythe Trophy winner in the other net. 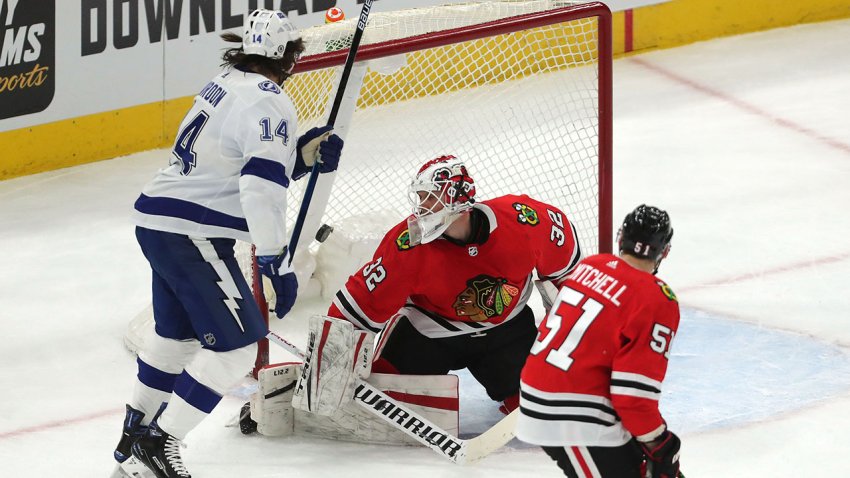 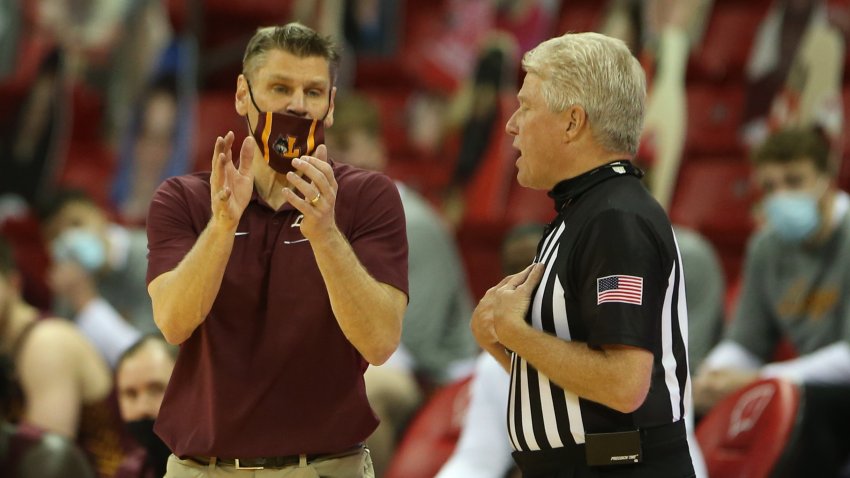 "You miss a defenseman like Duncan Keith, he is the guy who plays the most on the blue line," Hossa said. "When you miss him, someone else has to step up, and our guys did."

Los Angeles hadn't lost a playoff game at home since Game 4 of the Stanley Cup finals last season, winning nine straight overall, but the Blackhawks figured out how to end the NHL's longest home postseason winning run since 2009. The Kings had been outstanding when playing with a lead in front of Quick, who stopped 25 shots, but Los Angeles uncharacteristically surrendered a 2-1 lead late in the second period.

The high-scoring Kane ending his seven-game goal drought in a quiet postseason by charging into the crease to tap home the tying goal on a rebound of Niklas Hjalmarsson's shot and Bickell's deflection late in the second period. Hjalmarsson finished with two assists.

After Los Angeles killed a penalty to open the third period, Michal Handzus caught the Kings napping and set up a break with the speedy Hossa, who ripped a precise shot for his seventh goal of the postseason.

The Kings played their third straight game without center Mike Richards, who has an apparent concussion after a big hit from Chicago's Dave Bolland in the series opener. Richards was the Kings' leading postseason scorer with 10 points when he got hurt.

Los Angeles' unbeaten stretch at home ended in unusual fashion with the blown lead, and the low-scoring Kings' title defense could be over in two days. The NHL hasn't had a repeat champion since the Detroit Red Wings in 1998, and Los Angeles has managed just eight goals in four games against the powerful Blackhawks.

"It is always fun when you win," Hossa said. "I thought we battled, found a way to score goals. We are glad we got a win in this building."

Chicago needs just one win in the next three games to advance to its second Stanley Cup finals appearance since 1992. The Blackhawks have been mostly rolling since their 5-2 victory in the season opener at Los Angeles in January, ruining the Kings' banner-raising ceremony.

The Blackhawks hadn't won a playoff round in the past two seasons since their Stanley Cup triumph, replenishing their roster on the fly around their talented young core.

Just nine players remain from the championship team, but it is safe to say the rebuild is complete for a team that won its second Presidents' Trophy with a 36-7-5 regular season, followed by a gutsy rally from a 1-3 series deficit against Detroit to escape the second round.

Keith sticked Carter in the mouth midway through Game 3, momentarily losing his poise after Carter took a whack at his ungloved hand an instant earlier. Carter needed 20 stitches after breaking three teeth, and the NHL suspended the Blackhawks' defenseman late Wednesday.

The Kings opened Game 4 with the same urgency they showed two days earlier, forcing their way into Chicago's zone and preventing the Blackhawks' usual slick passing. Los Angeles' fourth line created the first goal just 3:28 in when Kyle Clifford passed from behind Chicago's net to Voynov, who skated in alone for a slap shot past Crawford.

The goal was Voynov's sixth of the postseason, extending his single-season playoff record for Kings defensemen.

Chicago responded, easily killing a penalty while holding Los Angeles without a shot for about 11 minutes. The Blackhawks evened it on an innocent-looking play by Bickell, whose wobbly shot somehow escaped Quick's glove and trickled in for his eighth goal of the postseason.

Bickell is on a remarkable playoff run before unrestricted free agency this summer, scoring a goal in each of the past three games and five of seven overall.

The Kings went back ahead early in the second period on another strong shift by their newly assembled big line featuring Carter, Penner and rookie Tyler Toffoli, who has taken Richards' place in the lineup. They also victimized the Blackhawks' third defensive pairing: Carter drove the net while Chicago's Nick Leddy failed to knock him off the puck, and Penner swept home the rebound of Carter's backhand when Brookbank couldn't move him out of the crease.

Chicago tied it late in the period when Hjalmarsson launched a long shot through Bickell's screen and past Quick. Kane tapped it home for a much-needed boost for the prolific scorer who had managed just two goals in the playoffs after getting 23 in the regular season.

After Hossa scored his second goal of the series, Quick made an exceptional glove save on Kane later in the third period. But Quick and the Kings have yielded 10 goals in the series — the same number they gave up in six first-round games and seven second-round games.