The Chicago White Sox logo was featured prominently in the hit film "Straight Outta Compton," but there was one problem-- it wasn't the right logo.

“Straight Outta Compton” made headlines as a box office hit over the weekend, but the film was also being highlighted for a factual error involving the Chicago sports team.

The scene in question is reportedly set in 1986 and features Eazy-E, played by Jason Mitchell, wearing a black White Sox hat. The only problem is the hat’s logo wasn’t adopted by the team until the '90s. 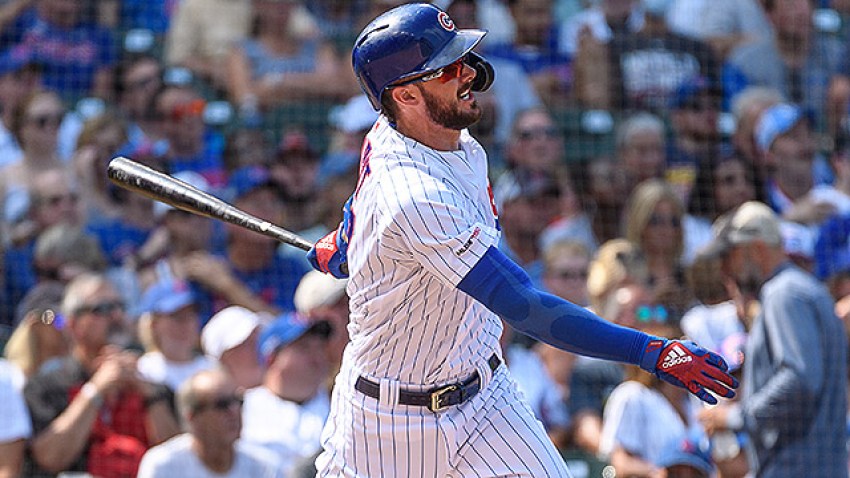 The team has since addressed the issue.

"When the White Sox introduced our new logo and color scheme, the popular black and white look immediately enjoyed cross-cultural appeal. As such, it has long been popular among all of our fans, including the hip-hop community that stretches back to the early days of NWA, Dr. Dre, Ice Cube and Eazy-E," Scott Reifert, senior vice president of communications for the White Sox, said in a statement. "Without having seen the movie, we can’t speak to the specifics. However, the White Sox black cap and logo, as seen in the movie trailer, was introduced in September 1990 by the organization and anecdotally, we understand that the White Sox logo was part of the group’s look throughout their successful music careers."

While the error didn’t go unnoticed, it didn’t seem to interfere with fans' desires to see the film, which smashed opening weekend expectations and earned an astonishing $56.1 million in its debut.