Watch Lester and Rizzo Feel the Glove vs. Pirates

There has been a lot made about the difficulties that Chicago Cubs pitcher Jon Lester has in throwing the ball to first base, but when challenged, he certainly has got at least one play to the bag figured out.

That play involves a ball getting stuck in the webbing of his glove, and it happened to him on Wednesday afternoon during his start against the Pittsburgh Pirates. Pirates catcher Francisco Cervelli smacked a ball back up the middle at Lester, and when the pitcher realized the ball was caught in his glove, he did what any good pitcher does:

He threw the whole thing at Anthony Rizzo: 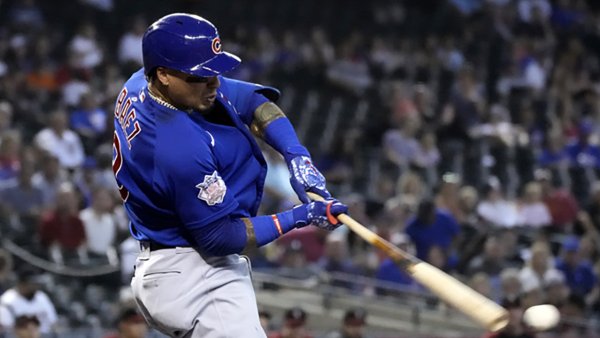 This is not the first time this has happened to Lester while wearing a Cubs uniform. During an April game last season, Lester snared a grounder off the bat of Clint Barmes, and he ended up throwing his glove over to Rizzo for the out at first base. On both plays, Rizzo dropped his glove to make catching Lester’s mitt easier, and both times he was successfully able to record the out.