In a battle between two of the best offenses in the American League, the Houston Astros scored the first victory of the Division Series, beating the Chicago White Sox 6-1 in Game 1 of the best-of-five series.

Lance Lynn was roughed up for the White Sox, giving up five earned runs and striking out four batters in 3.2 innings of work.

Meanwhile, Lance McCullers Jr. was electric, striking out four batters and scattering four hits over 6.2 shutout innings for the Astros as he staked them to a 1-0 series lead.

Michael Brantley and Yordan Alvarez each collected a pair of hits and a pair of RBI’s in the game, and Alvarez hit his first home run of the postseason in the victory.

The Astros struck first in the bottom of the second inning, with Jake Meyers lashing a single to right field to score Yordan Alvarez.

Houston scored two more runs off of Lynn in the third inning, with Alex Bregman grounding into an RBI fielder’s choice to score Jose Altuve. Alvarez then blasted a double off the wall in left-center, scoring Bregman and giving Houston a 3-0 edge after three innings.

Yoan Moncada got the White Sox first hit in the fourth, but Lance McCullers continued to cruise, getting out of the inning with ease and allowing the Astros’ bats to continue working against Lynn.

After a Michael Brantley single plated both Meyers and Altuve, Lynn was removed from the game, and Reynaldo Lopez finished off the inning.

Lopez ended up surrendering a solo home run to Alvarez in the fifth, which gave Houston a 6-0 lead, but the Sox bullpen ended up settling things down after that, working through scoreless sixth and seventh innings.

The White Sox finally put together a scoring threat in the eighth inning, with Jose Abreu driving in Tim Anderson for the first run of the game for Chicago, but Yasmani Grandal flew out to center field to end the inning, leaving the Sox five runs back.

The White Sox will look to bounce back in Game 2 on Friday, with Lucas Giolito taking the hill for the South Siders. First pitch is scheduled for 1:07 p.m., and the game can be seen on MLB Network.

Here are the latest headlines from Houston.

White Sox Finally Chase McCullers From Game, but Can't Scratch Out a Run

The White Sox were down to their last out in the seventh inning after a Yasmani Grandal double play, but Luis Robert and Eloy Jimenez both hit singles, chasing McCullers from the game.

The Astros were able to escape after Gavin Sheets grounded out to third, keeping the score at 6-0.

Barack Obama Shouts Out White Sox as ALDS Vs. Astros Kicks Off

Astros Continue to Pile on Runs

The hurler was able to get out of the frame without any additional damage, but the White Sox trail 6-0 heading into the sixth inning.

Chicago White Sox pitcher Lance Lynn has struggled at times in his career against the Houston Astros, and those struggles continued on Thursday as he was shelled for five runs in Game 1 of the American League Division Series.

Lynn, who had an 11-6 record and a 2.69 ERA for the White Sox this season, was pulled from the game in the fourth inning after giving up five earned runs, leaving his team in a 5-0 hole.

In 14 career regular season appearances against Houston, including 13 starts, Lynn has posted a 5-7 record and a 4.41 ERA, surrendering 14 home runs to the Astros in 81.2 innings of work.

The .441 slugging percentage the Astros have put up against Lynn is the third-highest of any team, and the .255 batting average against is the seventh-highest.

If the White Sox and Astros have to play Games 4 and 5 in their best-of-five series, Game 4 would start at 2:37 p.m. Central time at Guaranteed Rate Field, the league announced Thursday. The game will air on FS1.

If the other ALDS series between the Tampa Bay Rays and Boston Red Sox has already wrapped up, then the game between Houston and Chicago would move to 6:07 p.m., the league says.

Game 5 would be set for Wednesday in Houston. First pitch is scheduled for 8:07 p.m. Central time for that game, but if the Rays-Red Sox series has wrapped up, then that time would move up to 7:07 p.m.

Lance Lynn has historically struggled against the Astros, and he's trying to find his form in Game 1, as he's now given up three runs and trails 3-0.

Jose Altuve, who advanced to second on a bunt in the inning, got to third on a wild pitch and then scored on a fielder's choice grounder from Alex Bregman, with Yoan Moncada's throw to the plate coming up just a touch late as Houston took a 2-0 lead.

Yordan Alvarez then hammered a drive off the wall in left-center, scoring Bregman and putting the Astros ahead 3-0 after three innings.

After Luis Robert was caught stealing to end the second inning, the Astros struck first in the bottom of the frame. After Yordan Alvarez walked to start the frame, Carlos Correa picked up a single to put two runners on base.

After Alvarez advanced to third on a flyout, Jake Meyers drove him in with an RBI single, giving the Astros a 1-0 lead after two innings.

McCullers continued cruising in the top of the third inning, retiring the White Sox in order with a strikeout and two groundouts.

Both teams were kept in check in the first inning, with Lance McCullers earning a strikeout and two opposite-field lineouts from the top of the White Sox order.

Jose Altuve struck out swinging to open the bottom of the frame against Lance Lynn, but then Michael Brantley grounded out to shortstop and Alex Bregman lined out to second to finish things off for Houston.

José Abreu in White Sox Lineup After Dealing With Illness

The White Sox weren’t sure if Abreu would be in the lineup after dealing with a flu-like illness earlier this week, but the slugger will indeed play in Thursday’s Game 1.

Abreu will bat third and serve as the team’s designated hitter in the game.

Lance Lynn will take the ball and get the start for the White Sox in the game.

The White Sox made an interesting decision when announcing their playoff roster, as starting pitcher Dallas Keuchel will not be on the squad for the series against the Astros.

Keuchel, owner of a 5.28 ERA and a 9-9 record in 32 games this season, will instead be on the team’s nine-man taxi squad, as will outfielder Brian Goodwin, who had eight home runs, 29 RBI’s and a .319 on-base percentage in 271 plate appearances for the Sox.

The move likely means that Carlos Rodón will be able to pitch in the series, and the moves also allow for Danny Mendick to be included on the roster, which frees up Leury García to play a variety of roles. 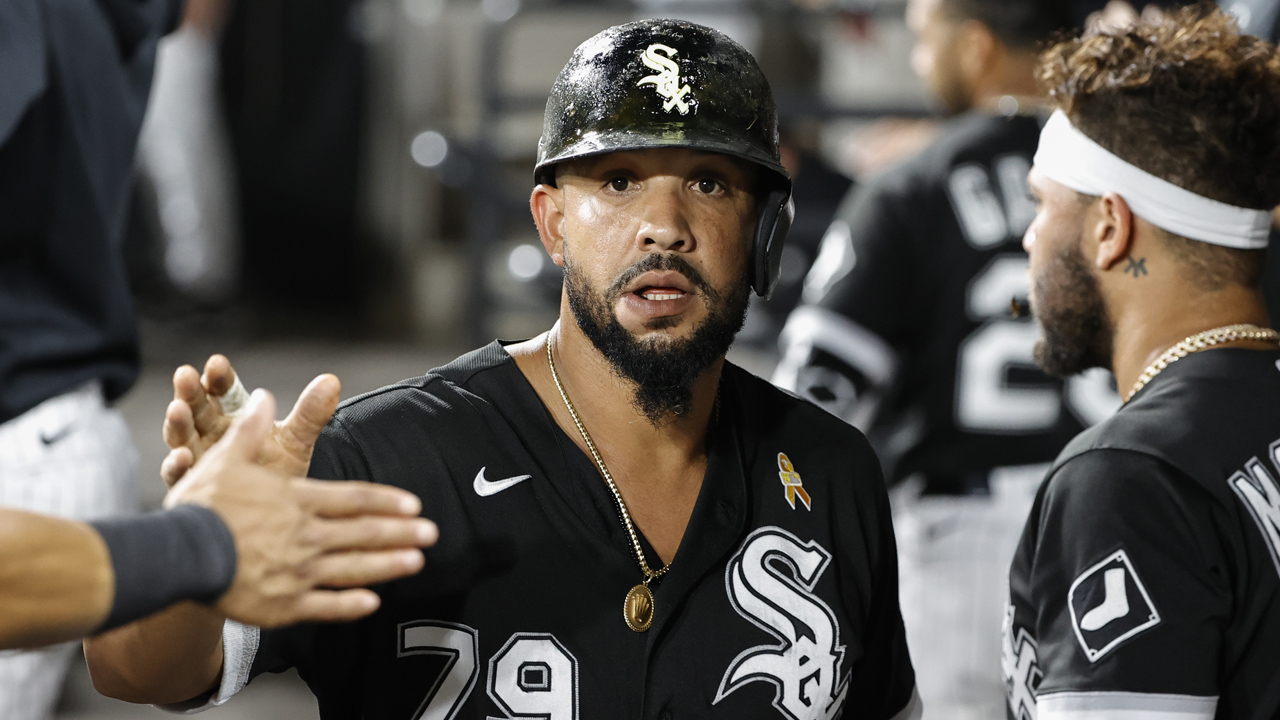 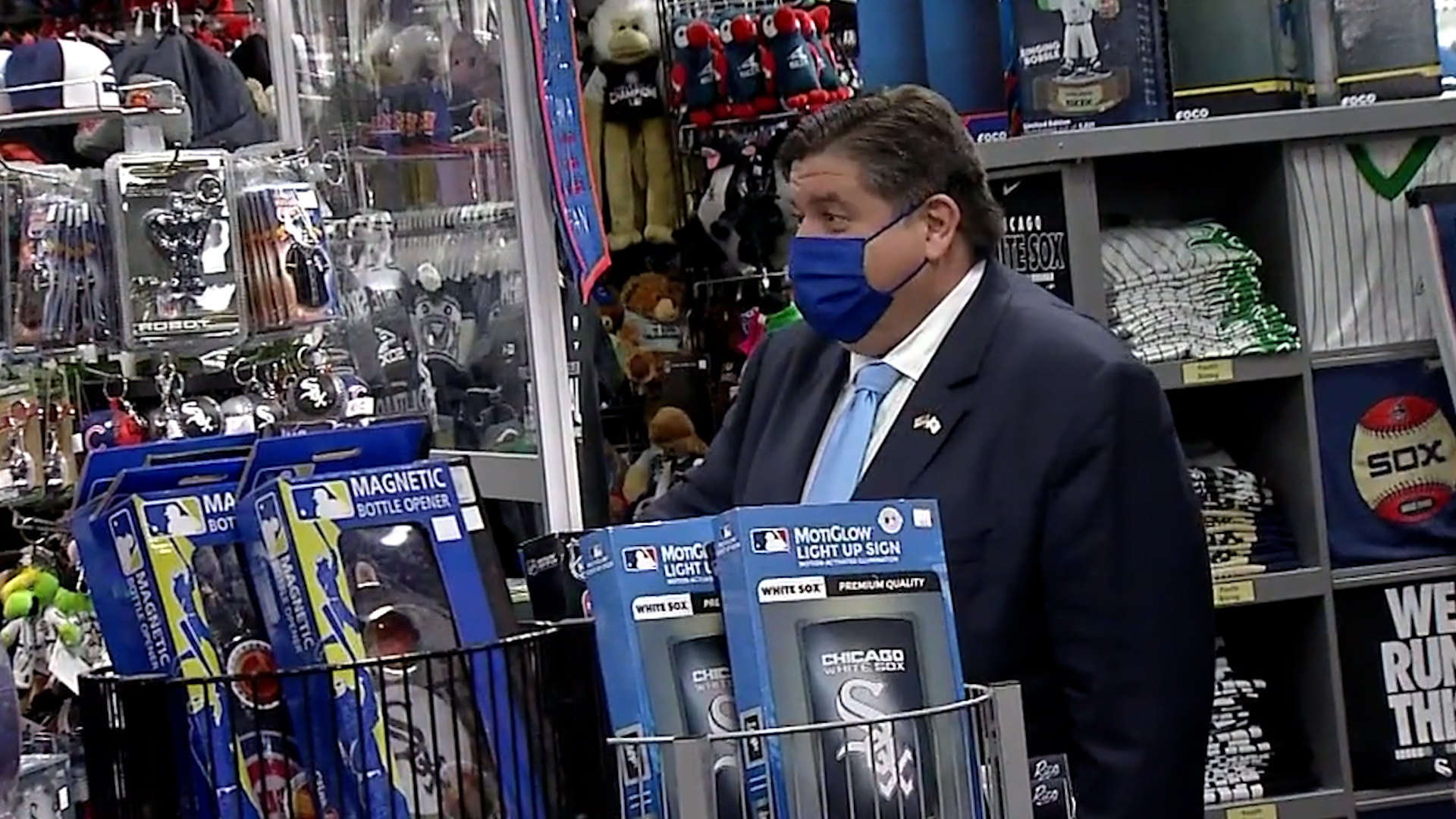 ‘We Need the Sox to Take It All the Way': Here's What Gov. Pritzker Bought at South Side Souvenir Shop for the Playoffs