Quintana gave up three runs in seven innings of work

The Chicago Cubs got a strong start out of José Quintana, and their offense finally came alive as they thrashed the Pittsburgh Pirates in an 11-3 triumph on Thursday afternoon.

The win saved the Cubs from a four-game sweep at the hands of their divisional rivals, and came as the team has struggled to find its form offensively. Willson Contreras, Albert Almora Jr., and Kris Bryant all homered in the game, and in his first career start Robel Garcia homered as well as the Cubs won big.

Garcia finished the game a double short of the cycle, and both Contreras and Bryant finished a triple shy of the feat, which hasn’t been achieved by a Cubs player in over 26 years. 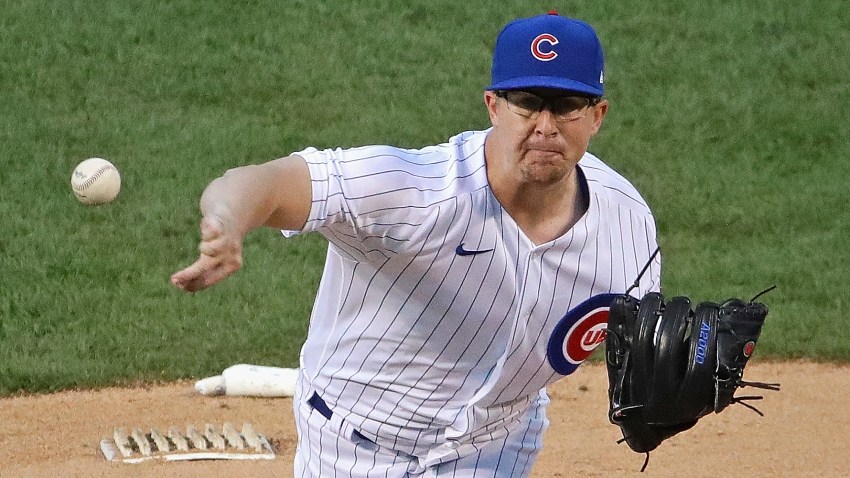 On the mound, Quintana got off to a rough start but cruised through seven innings of three-run ball, scattering six hits and striking out six batters in the victory. Tyler Chatwood and Steve Cishek also contributed with shutout innings of relief.

Facing pitcher Jordan Lyles, the Cubs got off to a solid start offensively, as Bryant and Almora homered in the first two innings of the contest to give Chicago a 2-0 lead. The Pirates tied things up in the second, but Contreras promptly un-tied the game with a home run to left field, giving the Cubs back a 4-2 advantage.

After Josh Bell got the Pirates back to within one with a sacrifice fly, the Cubs’ offense really kicked into high gear. In a five-run fifth inning, the Cubs used an RBI single from Anthony Rizzo, a David Bote hit-by-pitch, and a Kyle Schwarber walk to build up a 7-3 lead. Javier Báez then singled to left, scoring a pair of runs and putting the Cubs ahead by six runs.

Contreras and Garcia both drove in runs in the sixth, and from there the Cubs cruised to victory.

The Cubs will now head into an off-day Friday before wrapping up the first half of their season with a two-game series against the White Sox on the South Side.