The Chicago Cubs have filed a lawsuit against a group of people they claim have been dressing in a bogus mascot costume and participating in “inappropriate and unsavory actions” near Wrigley Field, including charging fans for pictures and getting into bar fights.

The Cubs filed the suit in U.S. District Court Friday against John Paul Weier, Patrick Weier and three unnamed individuals who have they claim have been dressing as a “Billy Cub” character in the Wrigleyville area and presenting the character as a representative of the team, without the team’s permission.

The character is a bear wearing a Cubs baseball cap and a gray jersey that resembles the Cubs’ away jersey with the name “Billy Cub” and the number 78 on the back, according to the suit. 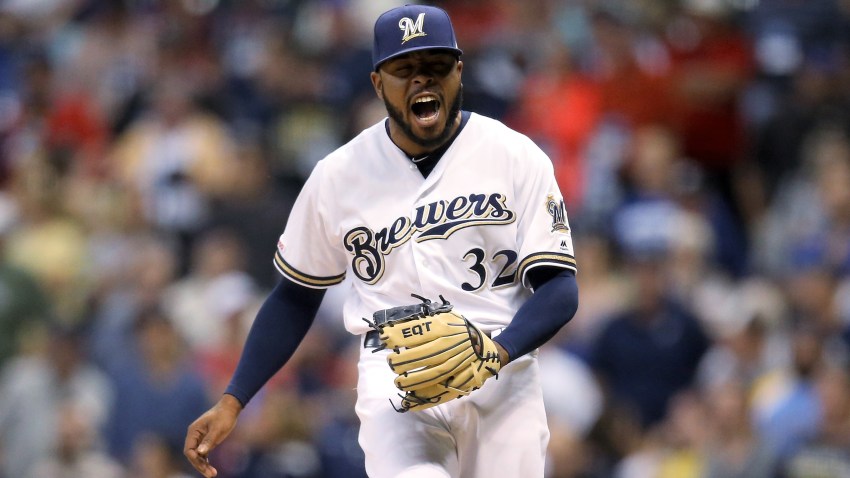 The team claims the men are not affiliated with the Cubs in any way, and that they are violating the team’s trademarks by using the character to mislead people into thinking Billy Cub is associated with the team.
Video Captures "Billy Cub" Punching Man in Chicago Bar
Man Behind "Billy Cub" Mask Speaks Out After Fight in Chicago Bar
The suit claims Billy Cub is engaging in “mascot-like activities” near Wrigley Field, such as dancing with fans or posing for photos and then trying to solicit fees or tips.

The character has also made “rude, profane and derogatory remarks and gesticulations to patrons, ticket holders, fans or other individuals located in the area of Wrigley Field,” according to the suit.

The Cubs’ official mascot, Clark the Cub, welcomes fans at Wrigley Field entrances on game days and poses for pictures, but does not solicit money, according to the suit.

Billy Cub was also caught on video apparently punching a man in John Barleycorn, a bar at 3524 N. Clark St., on April 5, the suit claims. A video uploaded to YouTube shows a man — whom the suit identifies as Patrick Weier — dressed in the Billy Cub costume, who punches a man for taking off his bear head.

The video received significant social media attention when it was posted online, and the suit claims it created confusion and harmed the team’s reputation when people began to mistakenly attribute Billy Cub’s actions to the team’s official mascot, Clark.

According to the suit, John Paul Weier owns or operates websites and social media accounts dedicated to promoting the Billy Cub character, and has sold merchandise related to the character.

A website promoting the character, billycub78.info, refers to Billy Cub as an “unofficial mascot” for the Cubs and claims he has been “positively impacting and improving the Wrigleyville game day experience for over 2,000,000 fans” since 2007.

The site also features links to Facebook and Twitter accounts for Billy Cub, as well as links to purchase T-shirts or a novel by John Paul Weier.

The seven-count suit charges the Weiers with trademark infringement, deceptive trade practices, injury to the Cubs’ reputation and unfair competition.

The suit is asking the court to order the Weiers to stop using the Billy Cub character and “deliver for destruction” all merchandise, advertisements, packaging, costumes or other materials related to the character.

The suit also wants the defendants to remove all depictions or references to the character from all of their websites or social media accounts.

The suit is seeking an unspecified amount of money in damages in legal fees, in addition to all profits the defendants have made from the character.

The Weiers could not immediately be reached for comment on the suit Friday night.