The Cubs are almost through the toughest month of their 2021 schedule. They just have to get past … the defending World Series-champion Dodgers and NL Central-leading Brewers.

“We're going through a stretch now that we all knew was going be hard,” Cubs manager David Ross said Tuesday afternoon, surrounded by reporters. “You guys told me all about it a couple of weeks ago. We're still in it, it's hard. We had a good start, and it's getting tough right now, and it doesn't get any easier the next two weeks. We're going to continue to push forward.”

The Cubs have left Chicago on a three-city (Los Angeles, Milwaukee, Cincinnati) road trip to close out this month and open July. There’s no easing into this month’s final push, either, with the first stop at Dodger Stadium on Thursday.

“Personally, one of my favorite places to play,” Cubs star Kris Bryant said. “I just love that stadium. I feel like I see the ball pretty good. I don’t know, it’s just something about L.A. too – I feel like time slows down a little bit. … The Dodgers are always good. Fun to play against those guys and compete against those guys.”

Before the month began, Cubs president of baseball operations Jed Hoyer said he expected to “learn a lot about this team” in June.

“Because to go out there and have success (against that schedule),” he continued, “that’s certainly a mark for a team that has a chance to compete in the postseason.”

White Sox vs. Cubs: How to Watch the Crosstown Classic on NBC Sports Chicago 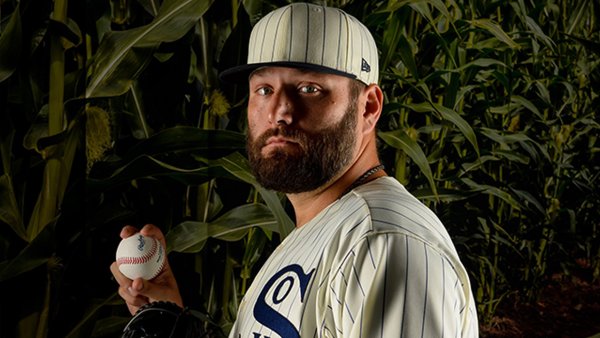 They also, while shorthanded, kicked off the month with two series wins against the Padres. And Kyle Hendricks is throwing like an ace now, winning eight straight decisions. He’s carried the rotation while the Cubs struggled to absorb injury blows to right-handers Adbert Alzolay (finger blister) and Trevor Williams (appendicitis).

This upcoming road trip could push the perception of the month either way, answering the question of whether this squad did enough to prove the front office should buy at the trade deadline.

The Cubs’ offense and rotation started to show promising signs this week, after two lopsided losses to Miami over the weekend.

Alzolay returned Monday from two weeks on the IL and gave up three runs in 4 2/3 innings against Cleveland. For Williams, the Cubs don’t have a specific timetable after his appendectomy three weeks ago. But Ross said Williams has been medically cleared and just needs to build back up his throwing strength.

The Cubs offense also bucked a recent trend of homer dependency against Cleveland.

A 4-0 loss in the first game of the series “was the maybe the best (example) as a group of taking our walks, getting guys on base, taking our singles,” Ross said before Tuesday’s game.

A few hours later, the Cubs broke out for seven runs, the most runs they’d scored in a game in over a week.

“The June schedule has been interesting,” Bryant said. “This next road trip we’re going to three different time zones, and an off-day mixed in between. But we’ve got to keep battling and keep hanging in there.”