Yadier Molina had three of St. Louis' four hits, including a two-run single

Yadier Molina and the St. Louis Cardinals are taking charge of the NL Central by grinding out tough, ugly wins.

And bouncing back after absorbing some unpleasant blows.

Molina overcame a painful foul tip to get three of St. Louis' four hits, including a two-run single, and the Cardinals held off the fading Chicago Cubs 2-1 on Friday.

Carlos Martinez got the final two outs a day after a brutal blown save, and the Cardinals stretched their NL Central lead to 3 1/2 games over Milwaukee and five games over Chicago. The Cubs are 1 1/2 games behind the Brewers for the second NL wild card, with Milwaukee set to play later Friday against Pittsburgh.

Chicago has totaled nine runs while losing four straight games. The Cardinals have won the first two games of this key four-game set, and they'll play the Cubs five more times over their final eight games.

The Cubs scored their run following a St. Louis error in the second inning, and the Cardinals rallied in the sixth. 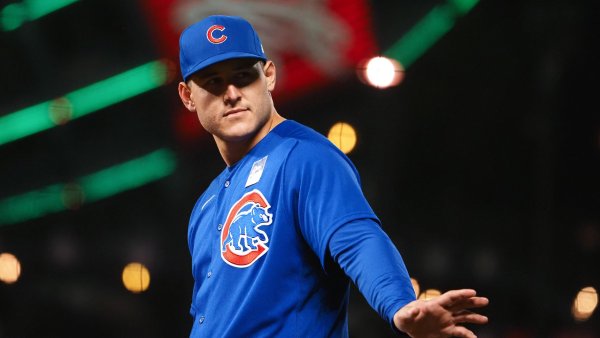 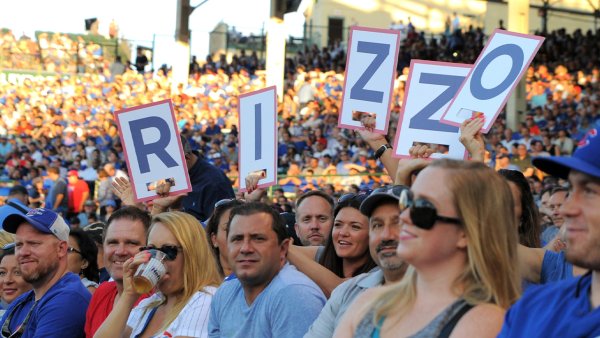 David Phelps (2-1), the second of eight Cubs relievers, walked Paul Goldschmidt and Marcell Ozuna to start the inning. Steve Cishek took over and walked Matt Carpenter to load the bases before Molina grounded a 2-2 pitch up the middle.

"I pride myself on being able to command the baseball,'' Phelps said. "Going out and doing that is embarrassing.''

Molina came through after being hit in the groin by Jason Heyward's foul tip in the fourth inning. The veteran catcher stayed on the ground for a couple of minutes to regroup.

"When you get hit...it's going to take a while,'' Molina said. "So I just wanted to be part of this game. I just want to be there for the team.''

It was another narrow victory for St. Louis. The Cardinals won 5-4 in 10 innings Thursday night when Carpenter homered off All-Star closer Craig Kimbrel. Chicago had rallied with three runs in the ninth against Martinez and Andrew Miller.

Miller pitched the eighth inning Friday and got the first out in the ninth before Shildt went to Martinez. The right-hander got a popup, walked pinch-hitter Tony Kemp and then got Ben Zobrist to ground out to complete his 22nd save.

Shildt had no qualms about letting Martinez finish this one.

"No question about it,'' Shildt said. "He came in the clubhouse and said, `I got two (innings) in me today.'"

Michael Wacha pitched four innings of one-run ball for St. Louis, and five relievers shut down Chicago after that. Ryan Helsley (2-0) pitched a scoreless fifth for the win.

The Cardinals left 12 on base. Chicago stranded nine runners and hit into three double plays.

Manager Joe Maddon and his players have no explanation for the team's slump, which comes on the heels of a five-game winning streak when the Cubs outscored opponents 59-18.

"We have to somehow get more consistent offensively,'' Maddon said. "When the opportunities come up, we have to take advantage of them. We've had some good at-bats.''

Chicago went up 1-0 after Kyle Schwarber doubled in the second and scored from third when second baseman Tommy Edman bobbled David Bote's grounder. Bote was awarded an RBI because it was ruled that Schwarber would have scored regardless.