Gavin Floyd finally solved the Minnesota Twins with nine strikeouts in seven shutout innings and Alex Rios homered to help the Chicago White Sox to a 3-2 victory on Tuesday night.

Floyd (6-7) didn't walk a batter and increased his scoreless streak to 13 1-3 innings while beating the Twins for just the fifth time in 17 career starts. Rios added a single and a stolen base to go with his two-run homer and Alexei Ramirez had two hits and an RBI for the first-place Sox.

White Sox closer Addison Reed gave up a two-run single to Jamey Carroll in a shaky ninth inning, but got Denard Span to ground out to pick up his 10th save in 11 chances. 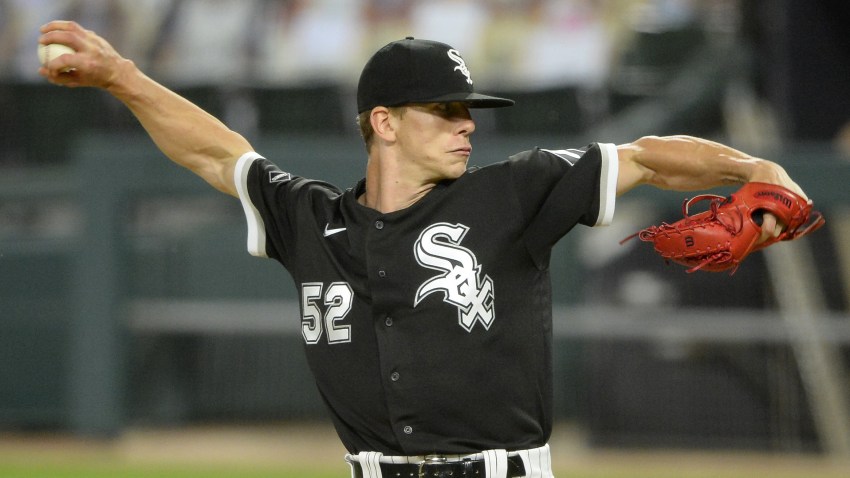 Joe Mauer, Josh Willingham, Trevor Plouffe and Ben Revere each struck out twice for the last-place Twins, who are trying to make up some ground on the White Sox in the mediocre AL Central.

Minnesota hasn't been kind to Floyd over the years. The right-hander entered with a 4-11 record and a 6.29 ERA in his career against the Twins, including a 2-6 mark and a 5.05 ERA in Minnesota. Five of the Twins' nine hitters carried career averages of .375 or better against Floyd into the game and Mauer had reached base in 15 straight plate appearances against him.

But Floyd was having all sorts of problems against most everyone this season. In his six starts prior to 6 1-3 scoreless innings against the Cubs, Floyd was tagged for 35 earned runs and 11 homers.

It looked to be more of the same when Denard Span led off the first inning with a double off the wall in left-center field, but Floyd left him stranded at third base after striking out Mauer and getting Willingham to pop out to center field.

He fanned Mauer again in the third inning and breezed the rest of the way, retiring nine straight at one point before giving up back-to-back singles to Mauer and Willingham in the sixth.

No problem this time for Floyd, who struck out Justin Morneau and got Plouffe to pop out to left field to end the threat. It's the first time Floyd has not given up a run in consecutive starts since July 2010.

Hendriks was nearly as effective, which was almost as surprising. The Australian was sent down to Triple-A after allowing 18 earned runs in his first four starts and was underwhelming in his two previous outings since being recalled.

He made one real mistake on Tuesday, a hanging slider that Rios put into the second deck in left field for a 2-0 White Sox lead in the fourth.