The Chicago Cubs saw their modest two-game winning streak come to an end on Saturday as the Los Angeles Angels held onto a 6-5 win at Wrigley Field.

The Cubs had the winning run in scoring position in the ninth inning, but Kyle Schwarber was called out on strikes on a checked swing to end the game.

Javier Báez had three doubles and a pair of RBI in the game, and Mark Zagunis hit an RBI single in the eighth inning to put the Cubs within striking distance. 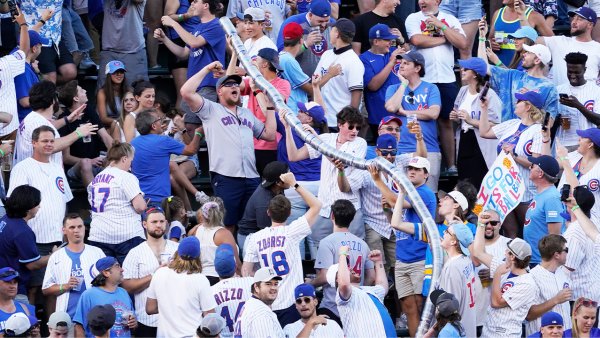 Jason Heyward also picked up an RBI in the game, but it wasn’t enough as the Cubs’ bullpen struggled to keep the Angels at bay in the late stages of the game.

The Angels scored three runs off Cubs starter Kyle Hendricks in the second inning of the game, and after a pair of RBI doubles by Báez made it a 3-2 game, the Cubs’ bullpen coughed up more runs in the later stages of the contest. Brad Brach was tagged with a pair of earned runs as Albert Pujols and Kole Calhoun both drew bases loaded walks, making it a 5-2 game.

The Angels got another run in the eighth thanks to Peter Bourjos, but the Cubs weren’t done. With the bases loaded, Zagunis came back from an 0-2 count and looped a single to center field, scoring two runs to bring the Cubs back to within two runs at 6-4.

In the ninth inning, the Cubs caught a huge break as a fly ball lofted down the line by Jason Heyward was dropped by the Angels’ left fielder, allowing Anthony Rizzo to score. Unfortunately for the Cubs that’s all they could muster, as Willson Contreras and Schwarber both struck out to end the game.

The Cubs will look to win the series on Sunday when they take on the Angels at Wrigley Field.