Winter Olympics TV Schedule: How to Watch or Stream the Upcoming Events

The U.S. women's hockey team returns to the ice with a notable difference, this time taking on the ROC after their big first win and some of the first medals will be handed out in the 2022 Winter Games.

Plus, mixed doubles curling faces two more rounds, local skiers from Chicago and its suburbs make their Beijing debuts and nearly a dozen of the 15 Olympic events compete in the day following the Opening Ceremony.

NBC and Peacock will also air an enhanced presentation of the Opening Ceremony from 7-10 p.m. CT on Friday.

The primetime broadcast will have an increased focus on Team USA athletes along with the ceremony’s performances, Parade of Nations and more.

Mixed doubles curling returns with Switzerland taking on Sweden on Friday night at 7:05 p.m. CT followed by Australia vs. Norway, both of which can be streamed live. The Switzerland-Sweden match will air on USA.

Here's how to watch the United States take on China in curling Saturday at the Olympics:

Canada and its southern neighbors do finally get to share the ice together, though, later in the morning when the American mixed doubles curling team takes on Canada at 6:05 a.m. Also in that same time slot is England vs. Italy.

Here's how to watch the United States and Canada compete in curling at the 2022 Winter Olympics:

Snowboarding is slated to begin Feb. 4 with the women’s slopestyle qualification rounds, followed by the medal round on Feb. 5. This kicks off seven-straight days of competitions with medals being awarded in slalom, cross and halfpipe.

Before she competes, the men's qualification round will take place from 11:15 p.m. Friday to 1:30 a.m. Saturday.

Ski jumping fans are in luck. NBCOlympics.com is streaming the men's and women's individual normal hill competition Saturday morning. The men's qualification can also be watched on USA beginning at 12:30 a.m. CT, which will re-air at 4:30 a.m.

The first medal event of the 2022 Winter Olympics is in cross country skiing. Fans can watch it live at 1:45 a.m. CT Saturday on USA and here:

Speed skating will see some of the first medals awarded with the women's 3000m set for 2:30 a.m. CT Saturday. The event can be watched live on USA or streamed here:

The biathlon begins with the mixed relay 4x6km - a medal event for the sport, beginning at 3 a.m. CT.

Short track, which has been an event at every Winter Olympics since the 1992 Games in Albertville, Canada., will begin on Feb. 5.

The United States women's ice hockey team took care of business in their Olympic opener in Beijing against Finland. Now, the focus shifts to the Russian Olympic Committee.

The two teams are set to face off at 7:10 a.m. CT on Feb. 5, in the second preliminary round game for each country.

However, the Americans will be without one of the best players and leaders, Brianna Decker. The assistant captain of the squad suffered a lower-body injury in the game against Finland and has been ruled out for the remainder of the tournament.

The game will air live on USA Today, streamed on NBCOlympics.com and can also be viewed on Peacock.

There will be other women's hockey matches in the lead-up, with Canada taking on Finland at 10:10 p.m. CT Friday. The game will air on USA beginning at 10:50 p.m.

Luge kicks off its Beijing competition with the first two rounds of men's singles runs. 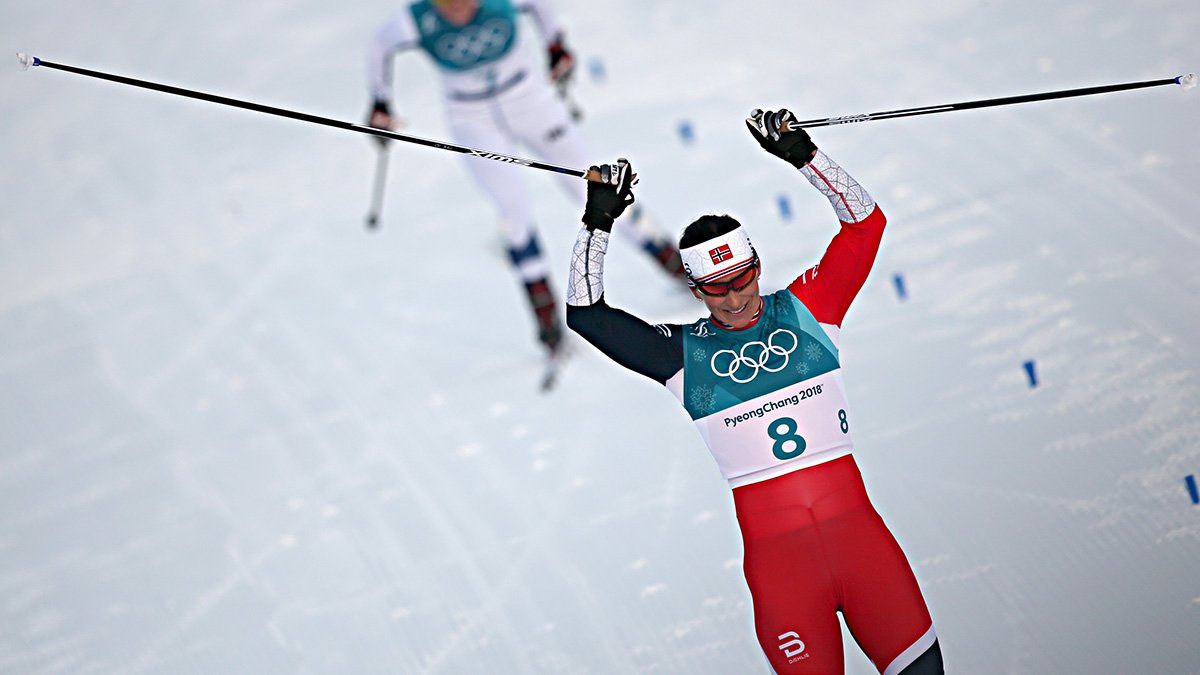 The Most Decorated Winter Olympians and Their Medal Counts