While some young women skaters can land the jump earlier in their teens, it becomes far more difficult as they develop

One by one the Russian teen figure skaters took the ice for the free skate at the Beijing Games, and one by one they attempted the four-revolution jumps that are common in the men's competition.

In what seemed like an arms race with quads, each skater's program had more than the next in their arsenal. But Beijing may be the last Olympics with quads, bringing an end to the Cold War on the ice.

The quadruple jumps that sent Russian world champ Anna Shcherbakova to the gold medal and teammate Alexandra Trusova to the silver — much to her chagrin — along with the failed attempts that dumped 15-year-old Kamila Valieva out of the medals altogether could be a thing of the past by the 2026 Milan Olympics.

That's because more and more people are pushing for the age limit in figure skating to be raised above 16 following Valieva's monumental collapse Thursday night. While some young women skaters can land the jump earlier in their teens, it becomes far more difficult as they develop. No woman older than 17 has ever landed a quad in competition.

Take the case of Alysa Liu. The 16-year-old American, who finished seventh at the Beijing Games, was able to land the four-revolution jumps until two years ago, but stopped attempting them following a growth spurt.

"Injuries and puberty has been really hard to keep up with quads," Liu told NBC sportscaster Jimmy Roberts.

Liu said she sustained a lot of injuries trying to execute quads and doesn't think she'll ever do them again. She'll continue instead to focus on another notoriously difficult jump: the triple axel.

Shcherbakova and Trusova are both 17, and some have suggested that be the requirement for figure skating at the Olympics. Others are pushing for 18, the age at which men and women are legally adults in the U.S. and much of the world, and when their bodies are more fully developed and capable of handling the pounding of quadruple jumps.

As it stands, that's the age most of Russia's quad queens are hitting retirement.

Asked whether Trusova would continue to compete after the Beijing Games, she merely replied: “We’ll see.” 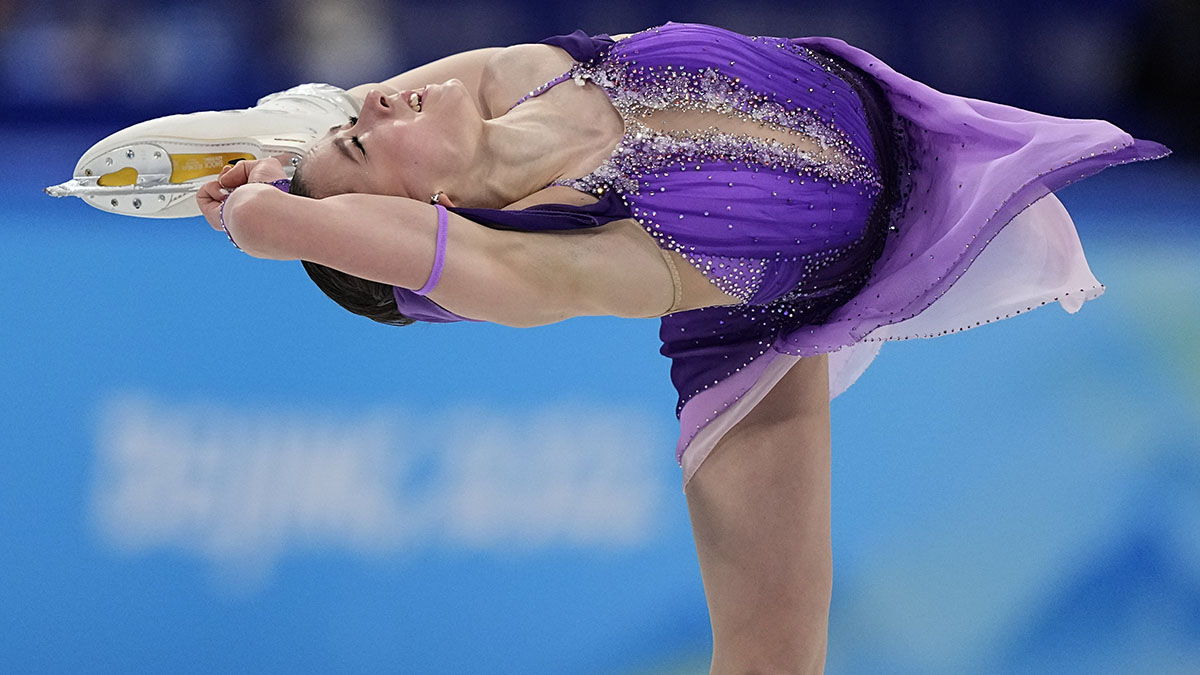 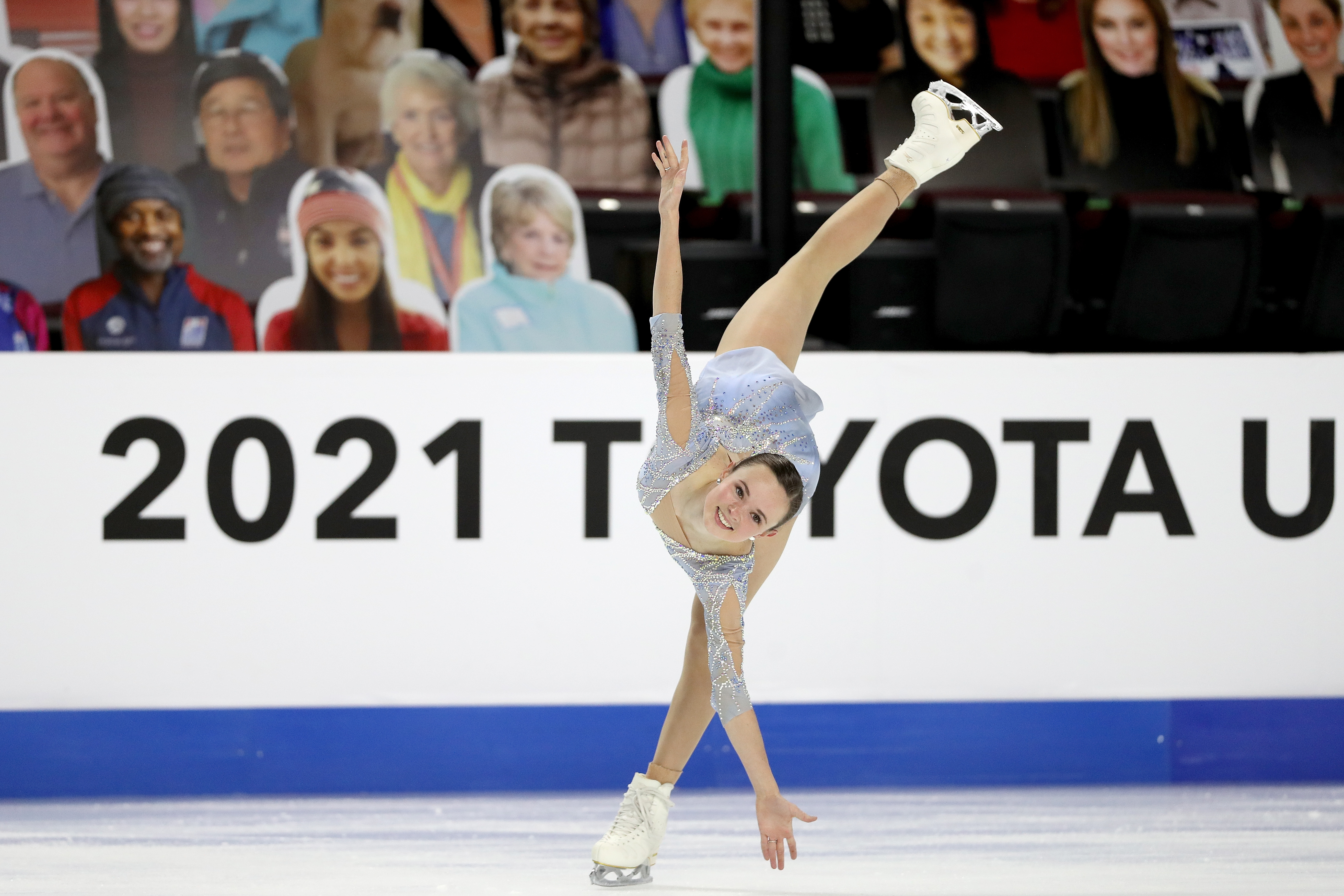 Not that it probably matters for her coach, Eteri Tutberidze, who's come under fire during these Olympics first for Valieva's failed drug test from December and then for her callous treatment of her teenage prodigy Thursday night.

Even the diplomatic president of the International Olympic Committee, Thomas Bach, said Friday he was “very disturbed when I watched the competition on TV. I saw the pressure on (Valieva), it was beyond my imagination for a girl of 15.

“To see her struggling, trying to compose herself, you can see the immense mental stress," Bach continued. "Perhaps she would have preferred to leave this story behind her.”

Perhaps she shouldn't have been there in the first place.

All three Russian women who competed in Beijing are about to hit “Tutberidze expiration date," the age at which the controversial coach historically casts aside older students with an eye toward the future. She will now turn her attention to 14-year-olds Sofia Akateva and Adeliia Petrosian, both of whom have already landed quads in competition.

Or more likely, an 11- or 12-year-old in Tutberidze's camp that nobody has heard about yet, but who will turn the current age limit of 15 just in time to compete at the next Winter Games in Italy.

Unless the age limit gets changed, of course.

There are no official age limits to compete at the Olympics, and 13-year-old skateboarders even competed at the Tokyo Games last summer. But many other sports at the Winter Games have higher age limits: Alpine skiers must be 17 or older to compete, and biathlon competitors must turn 22 in the same year as the competition.

Perhaps the closest comparison to figure skating, though, is gymnastics, due to the pounding on developing bodies from repeated jumps in practice. The International Gymnastics Federation ruled in 2000 that female gymnasts must turn 16 or older in the year of the Olympics to compete, a limit now in place for world championships, too.

By bumping up the age limit in figure skating, it would throw a wrench into the Russian factory of teenage Olympians. It also may extend the careers of figure skaters whose developing bodies are incapable of landing a quad.

Kaori Sakamoto earned the bronze medal at the Beijing Games without a quad in her arsenal. Instead, the 21-year-old from Kobe, Japan, relied on experience, artistry and precision — not just daring-do — to complete a clean free skate and pass Valieva.

“In terms of my expressions and my skating skills, perhaps they are finally being recognized. But that alone has its limits," Sakamoto said. “In terms of the technical merit, I do need to win as many points as I can. Unless I do that, I won’t be able to compete against the ROC skaters. That’s what I felt on the Olympic stage this time around.”

Maybe it won't be the case next time around.

Raising the age limit, particularly to 18, would virtually eliminate the quad from senior-level competition. And without them in competition, coaches such as Tutberidze would no longer have the incentive to push the young and developing bodies of their students to the point of physical breakdowns to learn them.

It also would open the door for Sakamoto and others to continue performing well into their 20s, allowing fans — those that will have survived the scandal-marred Beijing Games — a chance to see them compete at more than one Olympics.

“I think that (the Valieva case) really will push this forward and hopefully it will also put this question forward to other sports federations,” Norwegian Skating Federation president Mona Adolfsen, who supports the change, told The Associated Press.

Figure skating has long struggled to balance artistic performances against athleticism in its often-disputed scoring system. Adolfsen argues the artistry is what connects best with the public, and that comes with experience.

“I hope that the development will be that it’s possible to learn the quads also for the women later, but maybe in the big picture that’s not the most important thing in figure skating,” Adolfsen said. “They remember (1984 and 1988 Olympic champion) Katarina Witt still, and that’s not because of the difficult jumps. It was because of the performance.”

“In four years time I am going to be 25. Even when I am 25, I feel I will still be able to jump,” Sakamoto said. “Even before I qualified for these Olympic Games, I told myself that I am going to work hard so I can go to the next Olympic Games as well. So when it comes to the Milano-Cortina Games in four years’ time, yes, that’s in my sights.”

Maybe another medal, and a golden one at that, could be within her sights by then, too.