Olympic Hockey Overtime and Shootout Rules – And How The NHL's Compare

When it comes to overtime in ice hockey at the Olympics, it's a complicated process.

If two teams are tied at the end of the 60 minutes of regulation, it's not as simple as next goal wins. The overtime periods are all dependent on what stage of the tournament the games are being played.

The only thing consistent is that there are no ties. A winner is determined one way or another.

What are the overtime rules for a group play or quarterfinal game?

If a game is being played during the group play of the preliminary round, or is a quarterfinals matchup, then the two tied teams will play a five-minute overtime consisting of 3 on 3 play. The first team to score during this extra period wins the game.

However, if neither team scores after five minutes, the game goes to a shootout.

The Americans have cruised to a 3-0 start at the 2022 Winter Olympics. 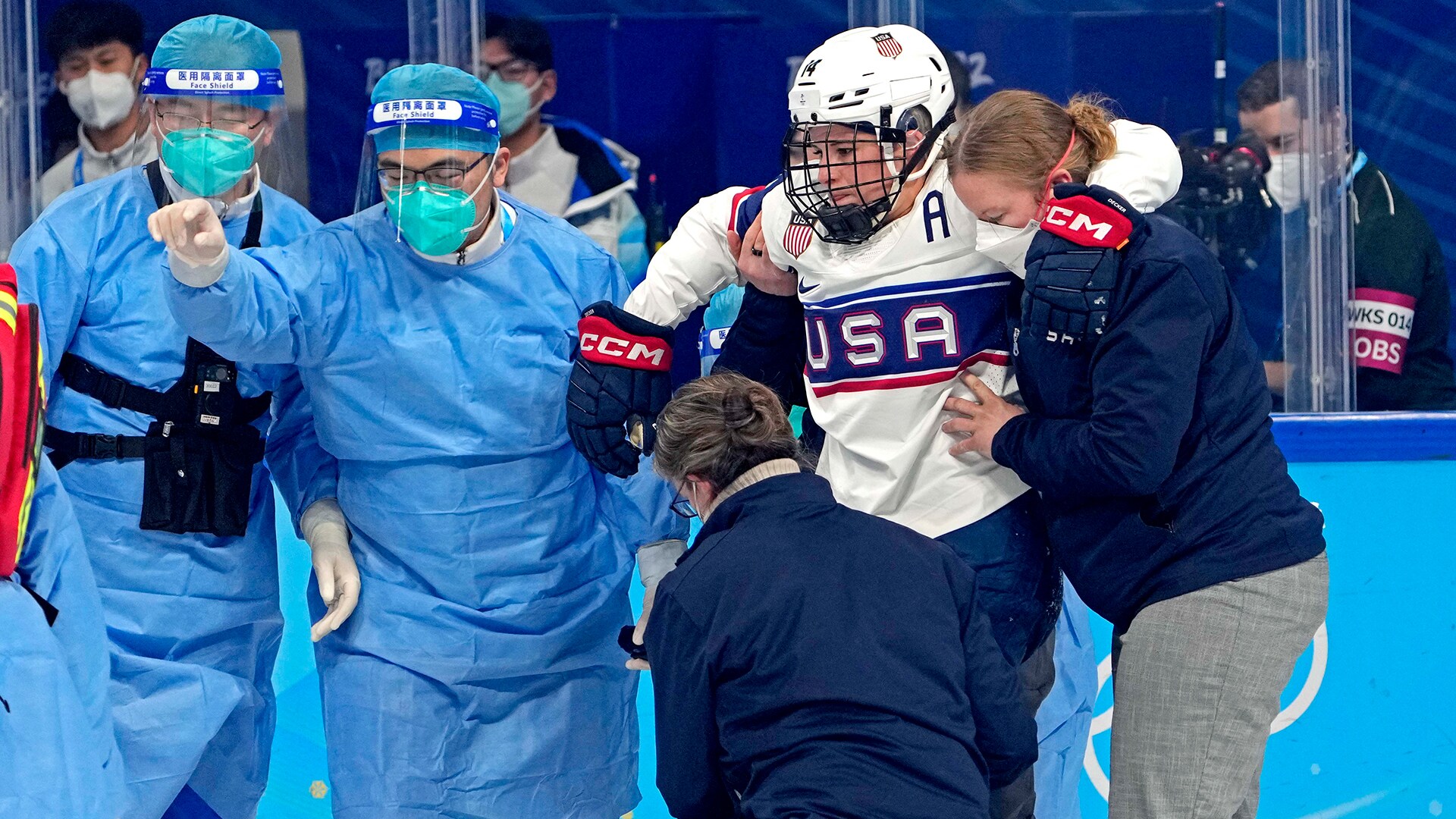 What are the overtime rules for a semifinal or bronze medal game?

The overtime for a semifinal game and bronze medal game a 10-minute overtime period of 4 on 4 hockey. If the game remains tied, it will be decided by a shootout.

What are the overtime rules for a gold medal game?

And yes, if no one scores after 20 minutes of extra hockey, the game is still decided by a shootout. The U.S. women's ice hockey team won gold in 2018 by defeating Canada in a shootout.

How do Olympic hockey shootouts work?

A shootout in the Olympics is similar to the NHL. Each team names three players to the shootout and the teams go back and forth with shootout attempts.

After the three tries, if the shootout remains tied, any player can go after the three shooters have gone, including the same player. This will act as a sudden death-style of a shootout, where each team goes back and forth trying to score. The first team to score in a round and stop the other team wins.

How do Olympic OT rules compare to NHL rules?

The Olympics differ from the NHL overtime rules in a couple of ways.

In the regular season for the NHL, if the game remains tied after regulation, it goes to a five-minute, 3 on 3 OT period where the first team to scores wins the game.

If no team scores, then it goes to a shootout, where it is the same as the Olympics minus the fact that no skater can shoot more than once in a shootout. That differs from the Olympics, where a player can go as many times as a team chooses after three different skaters have shot.

The other major difference is that come playoff time, shootouts are thrown out in the NHL. In all rounds of the playoffs, teams will play 20-minute periods of overtime with 5 on 5 play. The overtimes keep going and going until a goal is scored, no matter how many extra frames it takes.

In the Olympics, if no one scores in the overtime, a shootout follows, no matter if it's a round-robin, semifinal or gold medal game.