In addition to throwing the most important rocks in each end, the skip is also the captain of a four-person team and has the final say on all strategic decisions

Tabitha Peterson is fighting a tricky and troublesome injury as she tries to guide the U.S. women’s curling team to the Olympic medal round.

The American skip is losing her voice — no small problem when a big part of your job is shouting instructions to your teammates at the other end of the 146-foot (44.5-meter) sheet of ice.

“Sorry. You’re stuck with me,” said Tara Peterson, who filled in for her sister/teammate by talking to reporters in the mixed zone after a round-robin match. “It’s better. But we’ve still just got to save her voice.”

In addition to throwing the last and most important rocks in each end, the skip is also the captain of a four-person team and has the final say on all strategic decisions. 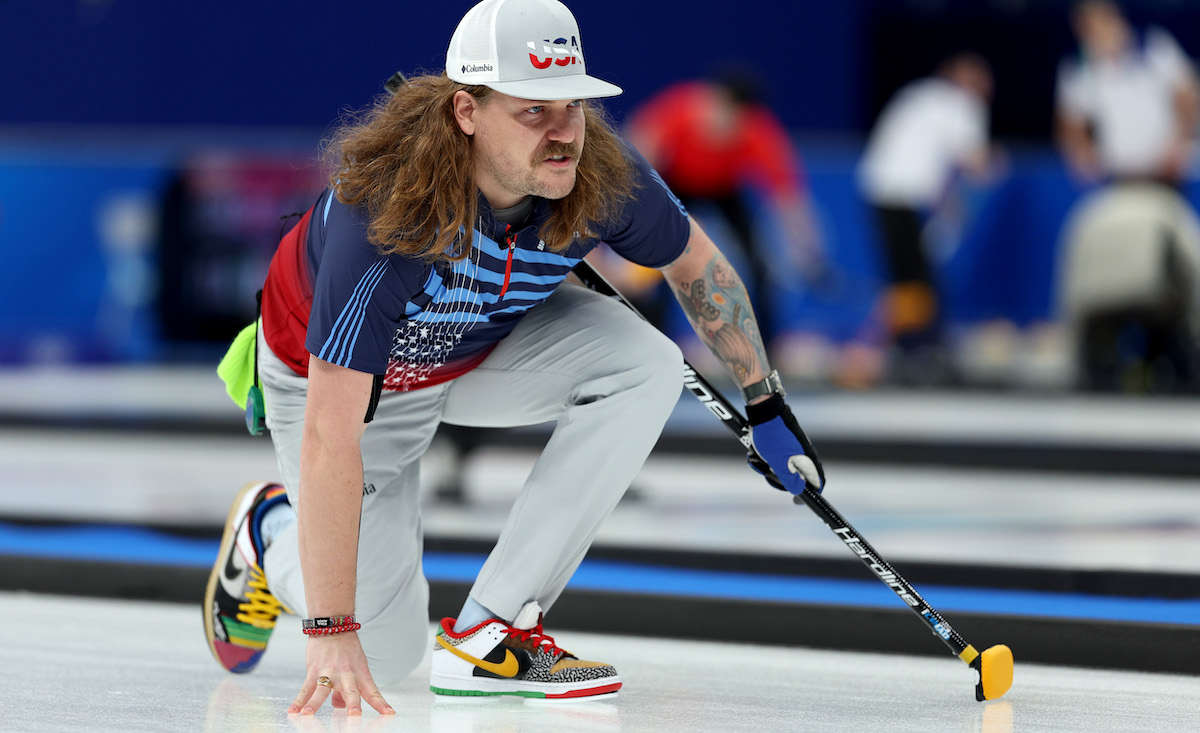 Typically, skips stay near the target area, or house, and shout back to their teammates at the hack to discuss the plan and ultimately call the shots. Once the stone is on its way, the skip will yell — often loudly and emphatically — at the sweepers to brush harder in an attempt to guide the stone along the ice.

“It’s really tough when someone doesn’t have their voice,” British second Jennifer Dodds said. “I think for the skip, it’s the worst. And because you’re obviously so used to communication, as a sweeper you probably just need to use hand gestures like that.”

Baseball coaches use an elaborate system of ear tugs and stomach rubs to send signals to the batter. Football coaches have a direct hookup to the quarterback’s helmet — and they still cover their mouths when speaking, lest there is a lip-reading specialist on the other team.

But curling has few secrets. For one thing, the teams alternate throwing rocks, so even when the opponents know the plan there’s little they can do except wait for their turn.

The solution — most of the time — is just to shout the instructions down the ice. But this week Tabitha Peterson is resorting to hand gestures, waving her teammates on or off the broom as the rock slides toward the target.

Tara Peterson said the biggest change is that the sweepers have to look up at the skip as she signals — pushing up with her hands to sweep harder, or crossing them in front of her to stop.

“Tab is working on getting her voice back, but we all know where we have to pick it up,” said U.S. second Becca Hamilton, who handled mixed-zone duties after an earlier round-robin match. “It’s not the first time this has happened.”

In Beijing, Tabitha Peterson first showed signs of trouble on Saturday when she came through the mixed zone carrying a tumbler of special throat-friendly tea. Her voice was hoarse.

Hamilton handled media duties — another of the skip’s responsibilities — but Peterson stopped briefly on Sunday to report that she was feeling a little better. She was again carrying her tumbler of tea and still spoke with a bit of a rasp.

Her sister took a turn with reporters after an 8-6 victory over defending silver medalist South Korea on Monday. Tara Peterson said it’s common for her sister to lose her voice, but it usually doesn't happen until later in the competition. (When the U.S. skip started getting hoarse, she still had five round-robin matches to go just to get to the playoffs.)

“We’re used to it,” Tara Peterson said. “She loses her voice a lot. She’s got that special Throat Coat tea that she’s been using, but we just rely on a lot of hand signals and looking up and a lot of nonverbal communication.”

Matt Hamilton breaks down how curling works with Legos.

The American women snapped a two-game losing streak and improved to 4-2 — tied for second place — with the victory over South Korea; five wins in nine games could be good enough to reach the semifinals, and six would definitely clinch a spot.

In other women's action Monday, Sweden handed first-place Switzerland its first loss; Japan split, beating China and losing to South Korea, and is tied for second with the U.S. and Sweden; and Canada won twice, beating Britain and Russia, joining Britain and South Korea at 3-3.

In the men's first session on Tuesday, the Americans beat Switzerland 7-4 to gain a hold on fourth place — a position that would earn them a spot in the medal round. John Shuster's foursome has games remaining against the bottom two teams in the standings, Italy and Denmark.