Also, what should the Bears do with Shea McClellin?

In Wednesday’s edition of Bears Bites, we take a deeper look at the contract of Chicago Bears QB Jay Cutler, and we also take a look at what the Bears should do with their defensive line, including whether or not Shea McClellin should change positions.

-We start off with Kevin Seifert’s look at Cutler’s contract. According to the ESPN scribe, the Bears “did an exceptional job of paying Cutler a market rate while also maintaining substantial roster and salary-cap flexibility.” [ESPN Chicago]

-Lovie Smith had his introductory press conference as the new head coach of the Tampa Bay Buccaneers on Tuesday, and he talked about his reassessment of his professional life after being let go by the Bears after the 2012 season. [CSN Chicago] 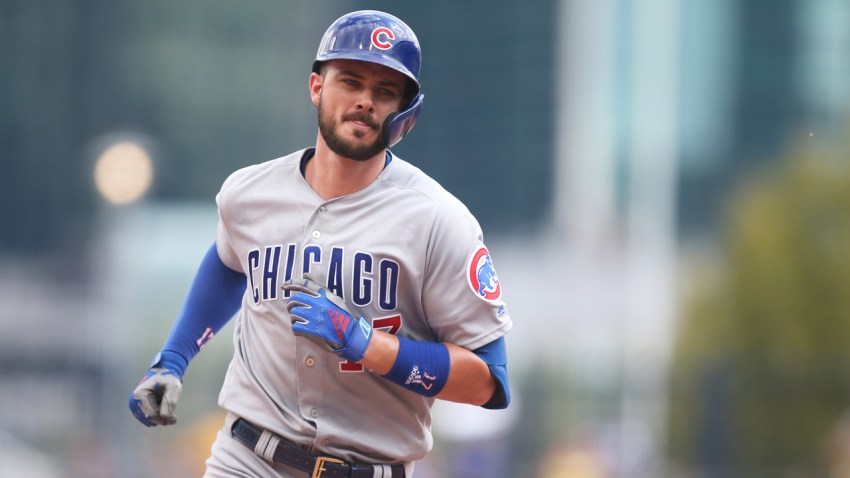 -What will the Bears do with McClellin after a lost season at defensive end? A move to linebacker is a possibility, but there are other choices too. [Daily Herald]

-Dominique Blanton evaluated the Bears’ defensive line on Tuesday, and suggested that the Bears draft a defensive end with their first round pick. [Chicago Bears Huddle]

-With the team having to figure out how to allocate their salary cap situation next season, it helps to have a guy like Phil Emery in charge of the purse strings. [Chicago Sun-Times]

-There have been reports lately that the NFL is considering expanding the playoffs by adding wild card teams, but Roger Goodell put the kibosh on that on Tuesday afternoon. [CBS Chicago]

-Finally, we have an update on the NFL’s concussion settlement, as Reuters is reporting that some players could receive up to $5 million in the settlement. [Chicago Tribune]