Jose Abreu hit a tie-breaking homer in the eighth inning, then Edwin Encarnacion followed with his second solo shot of the game to lift Chicago over the Detroit Tigers 5-3 on Wednesday night, the White Sox fourth straight win.

Abreu lofted the first pitch he faced from Gregory Soto (0-1) just over the wall in right to give Chicago a 4-3 lead with one out. Encarnacion then sent a drive to left-center for his 37th career multi-homer game, sealing the Tigers’ eighth loss in row.

The right-handed hitting Abreu at first thought he had just poked a deep opposite-field fly. Through an interpreter, he said he realized he had homered “when it was gone.”

The 37-year-old Encarnacion, who signed a one-year, $12 million free agent deal with Chicago in January, now has four homers. He's batting just .179 and and hopes to pick up after a slow start in the COVID-19 delayed season.

“I know I've got my confidence and I know what I've got,” Encarnacion said. “I'm going to get it going.

“With the young talent we have here, it's unbelievable, It's fun to watch this team play every night." 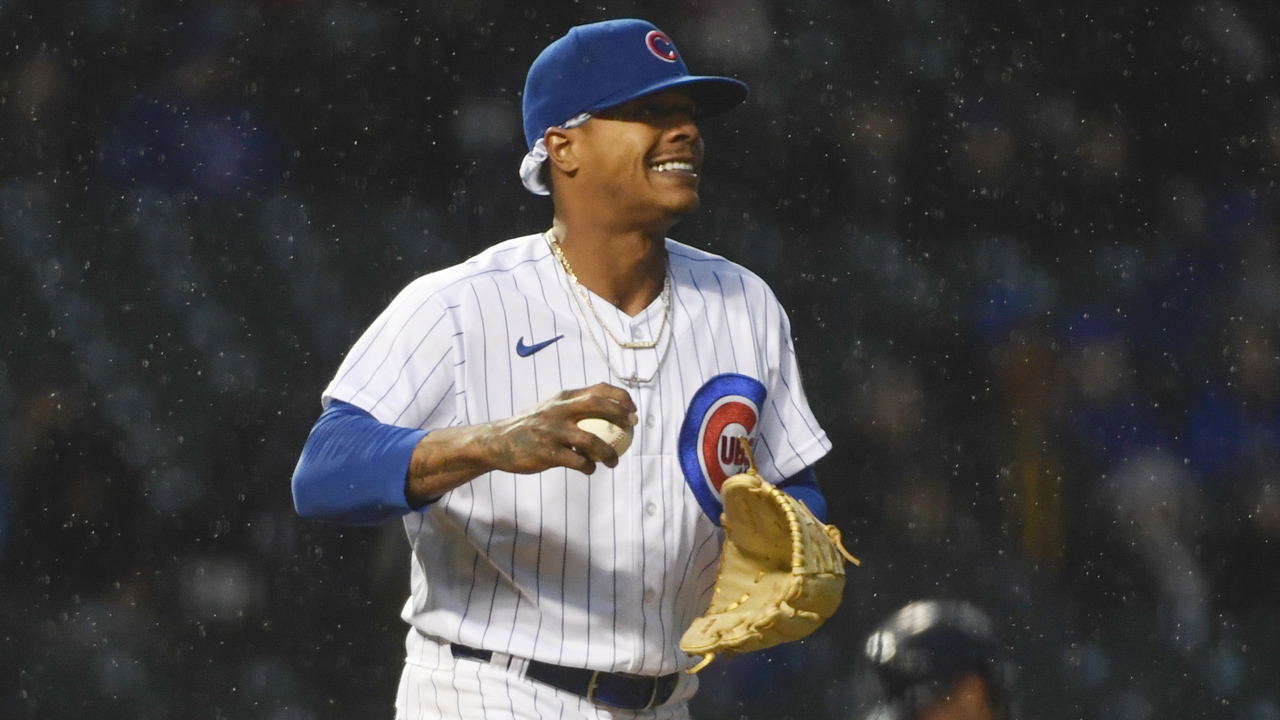 Evan Marshall (1-1) pitched a perfect eighth for the win. Alex Colome followed with a 1-2-3 ninth for his sixth save.

Prized right-handers Casey Mize and Dane Dunning started impressively in their major league debuts before running into trouble and exiting in the fifth inning with nearly identical lines.

Encarnacion hit a long solo shot off Mize in the second. Jeimer Candelario tagged Dunning for a towering three-run drive with one out in the fifth that put Detroit ahead 3-1 and ended 25-year-old’s first outing since undergoing Tommy John surgery in March 2019.

Mize, the No. 1 pick overall in the 2018 draft, allowed three runs on seven hits, while striking out seven and walking none in 4 1/3 innings. The 23-year-old was replaced by Jose Cisnero after Yoan Moncada’s RBI single tied it at 3.

Manager Ron Gardenhire liked what he saw from Mize.

“We saw a pretty good pitcher out there tonight," Gardenhire said. "We’re really excited for him.

“He’s a very professional kid. He made some pretty good hitters look bad over there."

Dunning also yielded three runs on five hits and struck out seven while walking one through 4 1/3.

“For his first outing in the big leagues, a very, very good outing for him,” manager Rick Renteria said.

But Renteria stopped short of saying Dunning had earned a spot in Chicago's injury-thinned rotation.

“Right now that's to be determined,” Renteria said. “He's done enough to certainly impress all of us.”

Neither Mize nor Dunning had pitched above Double-A prior to this season.

Mize, ranked as the eighth-best prospect in all of baseball by MLB Pipeline, and lefty Tarik Skubal were called up this week fill a gap in the Tigers rotation, also hit by injuries.

Candelario lined Dunning’s first pitch of the game to the wall in right for a double, but the big righty set down the next 11 hitters, fanning six of and striking out the side in the third.

Encarnacion launched Mize’s hanging curve deep to left for his third homer to lead off the second. Nomar Mazara followed with a line-shot double off the left-field wall. But Mize retired nine of the next 10 Chicago hitters.

Dunning was nursing a 1-0 lead until Candelario’s towering fly narrowly cleared the wall in right center to make it 3-1.

Dunning said family members had cardboard cutouts of themselves placed among the several hundred in the lower bowl of Guaranteed Rate Field. Dunning said their message was: “Due to Covid we can't be there, but if you look hard enough you’ll see us.”

White Sox OF Adam Engel, placed on the COVID-19 injured list Monday as a precaution, started in center in place of injured rookie Luis Robert after multiple negative tests for the virus.

Engel quarantined himself at home — and away from his family — after being informed he might have been in contact with a non-baseball person who has the coronavirus.

Tigers: Placed INF/OF Harold Castro on the 10-day injured list with a left hamstring strain and selected the contract of OF Jorge Bonifacio, who started in right. … RHP Buck Farmer (groin strain) threw 15 pitches in a simulated game Wednesday at the team’s alternate site in Toledo, Ohio, and is close to returning.

White Sox: Manager Rick Renteria said Robert’s sore right hand is “nothing of significant concern whatsoever,” and the outfielder could return as early as Thursday. Robert was hurt Tuesday as he tried to make a diving catch. ... C Yasmani Grandal (back tightness, day-to-day) took some swings in the batting cage on Wednesday and is progressing.

Detroit’s RHP Spencer Turnbull (2-1, 2.78) faces Chicago RHP and ace Lucas Giolito (1-2, 4.88) in the series finale on Thursday afternoon. Giolito will try to rebound from a loss against St. Louis last Saturday when he allowed four runs in the first inning.