Facing unanimous Republican opposition, Democrats will need all their votes in the 50—50 Senate

If President Joe Biden's $2 trillion social and environment package was a Broadway show, its seven months on Congress' stage could qualify it as a hit. But lawmaking isn't show business, and many Democrats worry that with the curtain falling soon on 2021, time is not their friend.

Each passing day threatens to push final action into 2022, an election year when control of Congress will be at stake and lawmakers will become ever more wary of casting tough votes.

Democratic Senate Majority Leader Chuck Schumer wants to end his party's disagreements and finally squeeze the bill through his chamber before Christmas. Indeed, holiday deadlines are a time-tested way of prodding lawmakers to solve disputes so they can go home. And momentum toward approving Biden’s top domestic initiative — the House passed an initial version last month — seems to make prospects strong. 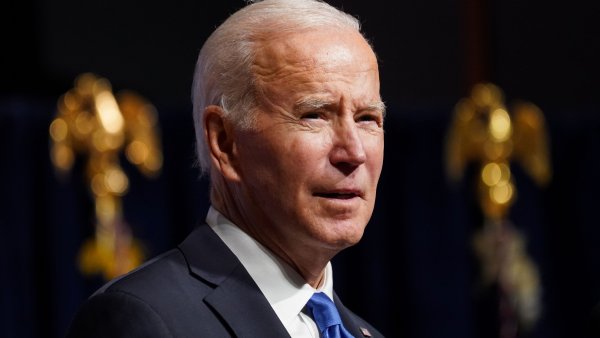 Biden Tries to Reassure on COVID as He Sells Spending Plan

Yet while Schumer and other Democrats express confidence that his target date will be met, some are anxious it won't and are concerned about damaging consequences.

The New York senator needs time to work out final compromises with resistant party moderates including West Virginia Sen. Joe Manchin. Also chewing up the calendar will be tedious but crucial rules sessions with the Senate parliamentarian, plus work on major bills on defense policy and extending the government's borrowing authority to avoid a federal default.

The longer it takes to finish the $2 trillion package, the longer it can be vulnerable to factors — predictable and unforeseen, economic and political — that might complicate Schumer's task.

“You let things sit around here, particularly past a Christmas vacation and into an election year, and that is toxic,” said Rep. Pramila Jayapal, D-Wash., a leader of her party's progressives.

Facing unanimous Republican opposition, Democrats will need all their votes in the 50—50 Senate. They'll also need all but three in the House, which will need to pass the bill again with Senate revisions before sending it to Biden.

Democrats are frustrated that each week they spend battling with each other reduces the time they'll have to sell the legislation's initiatives to voters. The package includes free preschool, new Medicare hearing benefits and steps to curb climate change, paid for largely with tax boosts on wealthy people and big corporations.

"We should be finishing this up so we can go start talking to people about what’s in it, instead of having everybody sort of focused on our navel gazing," said Sen. Chris Murphy, D-Conn.

Manchin and Sen. Kyrsten Sinema, D-Ariz., have already forced cuts in the legislation, which not too long ago had a $3.5 trillion price tag. Neither has promised to heed Schumer’s Christmas timetable, and Manchin hasn’t dropped his insistence on removing a new paid family-leave program and provisions encouraging cleaner energy.

And Democrats' marathon talks over the measure are giving Republicans time to use the country's bout with rising inflation, which is showing no signs of going away, as one of their chief weapons against it. The GOP argues that the $2 trillion bill would push prices higher by incentivizing a shift to cleaner fuels, and flushing more cash into an already overheated economy.

Democrats say the package's spending and tax credits for health services, child care and education will help families with tight budgets cope with inflation. But the GOP is using rising gasoline and home heating costs, which many voters encounter daily, to help make their argument. Republicans think Federal Reserve Chairman Jerome Powell's testimony to Congress that inflation no longer seems due to “transitory" causes like the pandemic shows their argument will have political staying power.

“Time is definitely on the side that doesn’t want this to pass,” Sen. Roy Blunt, R-Mo., a member of the Senate GOP leadership, said this week.

Manchin has cited inflation fears as a rationale for slowing work on the bill and paring it, and he will no doubt be watching the government's next measurement of consumer prices, due Dec. 10. His continued insistence on changes despite months of negotiation is rankling colleagues.

“I mean, God bless Joe Manchin, but how many months is this going on?” said No. 2 Senate Democratic leader Richard Durbin of Illinois. “I mean, I told him a month ago, ‘For God’s sake, Joe, declare victory and close the deal.’”

Further incentive for Democrats to finish the legislation this month is the Dec. 31 expiration of parts of the $1.9 trillion COVID-19 relief bill that Congress approved in March.

That includes a larger children's tax credit and monthly payments of those benefits to millions of families, which would end unless lawmakers renew it. Congress could revive the credit retroactively next year, but many lawmakers want to avoid any interruption.

Democrats still must solve other disagreements, including over how to let people deduct more state and local taxes without making the provision a giveaway to the richest Americans. And there are other factors running out the clock.

Senate parliamentarian Elizabeth MacDonough needs time to decide whether any of the bill's sections must be dropped because they violate the chamber's special rules for budget legislation. A Democratic plan to help millions of immigrants remain in the U.S. is in the balance, and the process is tedious, with lots of back and forth between Senate aides and MacDonough.

“We’ve been talking about this and working on this for months," said Sen. Tina Smith, D-Minn. "And so let’s just get it done.”