Suddenly, we have a new contestant in the race for U.S. Senate. And -surprise - he's a millionaire lawyer.

Of course, Jacob Meister says he's in it to fight for the little guy, and he just might be.

But first we join Capitol Fax's Rich Miller in asking:

"You probably don't know my name," Meister writes on his campaign web site, "but that's a good thing.

"Some known names have already begun to declare their candidacies for the U.S. Senate seat that will open up next year in Illinois. Trouble is, while these candidates' names are known, so is their baggage. But because Illinois has become a laughingstock - known as much for its corrupt politics as it is for its glittering jewel on the lake and the abundant corn and soy of its heartland - the people of Illinois can ill afford to keep lugging that baggage around."

Now, Meister isn't exactly a political neophyte. He was interning in the Milwaukee mayor's office when he was in high school, and went on to become a Capitol Hill aide. As a lawyer, he was a commercial litigator before starting his own practice. 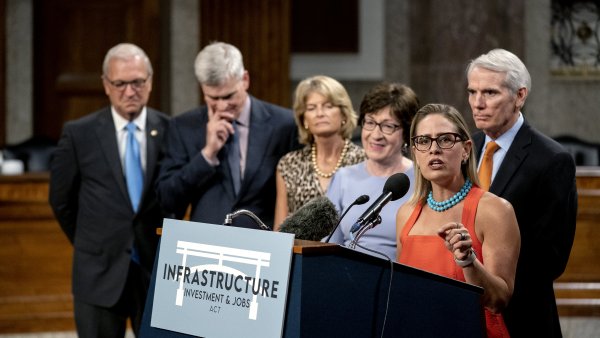 Evictions Set to Resume Amid Finger-Pointing in Washington

In an interview with the Windy City Times, Meister says his entry into the race forced the hand of fellow candidate Alexi Giannoulias on one front: gay marriage.

"It's no coincidence that he announced his position when he did," Meister said. "He's known that I was getting into the race - and that enough about what I feel his motivation is; it's kind of a preemptive strike. He ultimately did the right thing, but he should have done it for genuine reasons, not political purposes."

Miller points out that Meister has only raised about $28,000 from others. And self-funders don't have a great track record in Illinois. But as Miller also points out, "A million bucks is nothing to sneeze at."