Next term promises more of the same: Affirmative action and voting rights already are on the agenda and an important elections case could be added to the mix

The Supreme Court's sweeping rulings on guns and abortion sent an unmistakable message. Conservative justices hold the power and they are not afraid to use it to make transformative changes in the law, none more so than taking away a woman's right to abortion that had stood for nearly 50 years.

No more half measures, they declared Friday in overturning Roe v. Wade and allowing states to outlaw abortion. And the day before, in ruling for the first time that Americans the right to carry handguns in public for self-defense, they said the Constitution is clear. 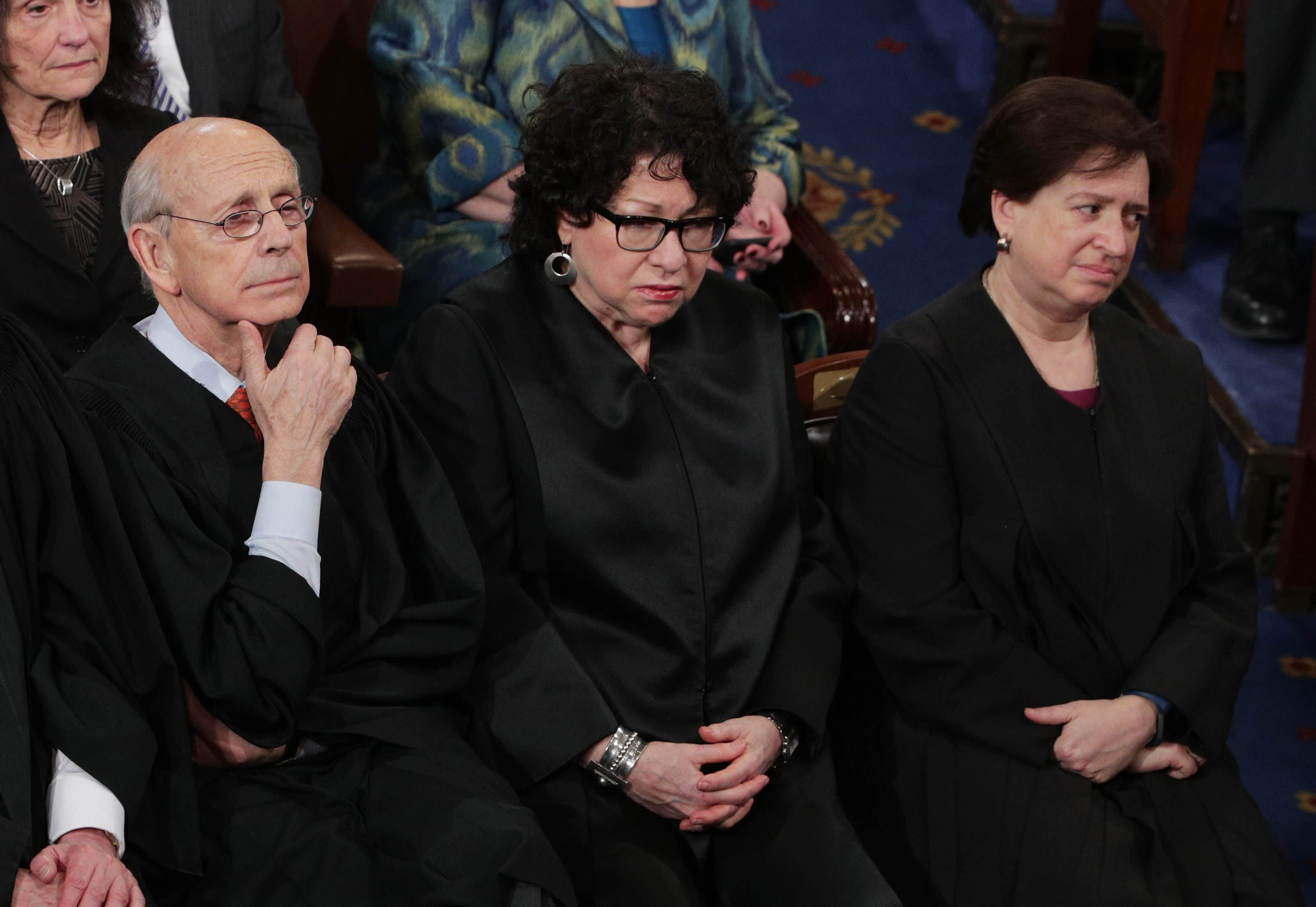 “A restless and newly constituted Court,” is how Justice Sonia Sotomayor, one of three liberals on the nine-member court, described her colleagues earlier in June.

The abortion case in particular was a repudiation of the more incremental approach favored by Chief Justice John Roberts.

The decisions in the blockbuster cases on consecutive days were the latest and perhaps clearest manifestation of how the court has evolved over the past six years — a product of historical accident and Republican political brute force — from an institution that leaned right, but produced some notable liberal victories, to one with an aggressive, 6-3 conservative majority.

They also showcased the enormous influence wielded by two stalwarts of the right, Justices Clarence Thomas and Samuel Alito. Thomas wrote the court's opinion on guns, while Alito wrote for the abortion majority.

“Roe and Casey must be overruled,” he wrote in referring to the court’s landmark abortion precedents from 1973 and 1992, “and the authority to regulate abortion must be returned to the people and their elected representatives.”

Alone among the court’s six conservatives, only Roberts said he would take a more “measured course," simply upholding a Mississippi ban on abortions after 15 weeks. He said overturning Roe was an unnecessary and “serious jolt” to the legal system.

But the chief justice was unable to attract any support from his colleagues on the right, including the three justices nominated by former President Donald Trump.

Justices Neil Gorsuch, Brett Kavanaugh and Amy Coney Barrett helped form the majority to overrule Roe, and fulfill a prophecy from then-candidate Trump that his high court picks would vote just that way.

They were selected after careful screening by the Trump White House and conservative interest groups that was designed to avoid the disappointment produced by earlier GOP nominees such as Justices David Souter and Anthony Kennedy, whose votes helped preserve Roe 30 years ago.

Thursday's Supreme Court decision on New York's concealed carry law could leave other gun laws open to challenges - if opponents can prove the laws are not rooted in historical precedent and the Second Amendment. Caroline Mala Corbin, law professor at University of Miami, joins LX News to explain.

But how did Trump even come to have three vacancies to fill? After Justice Antonin Scalia died in February 2016, Republican Senate leader Mitch McConnell of Kentucky vowed to prevent President Barack Obama from filling the seat during the election year.

Obama nominated Merrick Garland, then a federal appeals court judge and now President Joe Biden's attorney general, but Republicans would not even give Garland a hearing.

When Trump surprisingly won the presidency, he nominated Gorsuch, who was only confirmed after McConnell scrapped what was left of the Senate filibuster for high court nominees.

Justice Anthony Kennedy retired the following year and Kavanaugh narrowly won confirmation after facing allegations, which he denied, that he sexually assaulted a woman when they were teenagers decades ago.

The death of the liberal Justice Ruth Bader Ginsburg in 2020 led to Republicans' quick confirmation of Barrett, notwithstanding the approaching election and McConnell's opposition during Obama's term to filling an opening in an election year. She took her seat just days before the 2020 election and solidified the conservative hold on the court.

Without the votes, the court’s three-justice liberal minority could only look on in dismay, confined to writing dissents that were alternately scathing and sad.

In his guns case dissent, Justice Stephen Breyer accused his colleagues in the majority of acting “without considering the potentially deadly consequences” of their decision, which came on the heels of a recent series of mass shootings and as Congress was working to pass gun control legislation signed by Biden on Saturday.

In the abortion decision, Breyer, Sotomayor and Justice Elena Kagan issued an unusual joint dissent, speaking as one.

“With sorrow — for this Court, but more, for the many millions of American women who have today lost a fundamental constitutional protection — we dissent,” they wrote.

The dissent included a warning that “no one should be confident that this majority is done with its work.” The justices suggested the decision’s logic also imperiled previously recognized rights to same-sex marriage and contraception.

Alito refuted that suggestion, writing that “Nothing in this opinion should be understood to cast doubt on precedents that do not concern abortion.” But in a separate opinion Thomas called for the court to reconsider its major privacy rulings, including its 2015 opinion that guaranteed the right to same sex marriage.

In a draft Supreme Court opinion on Roe v. Wade, Justice Samuel Alito argues that rights need to be "deeply rooted in the nation's history and tradition" to be protected. "If that's their approach, then the right to contraception might equally be seen as 'not deeply rooted in our nation's history and tradition,'" says Caroline Mala Corbin, a University of Miami law professor.

Next term promises more of the same: Affirmative action and voting rights already are on the agenda and an important elections case could be added to the mix.

Public approval of the court already is at a low ebb, according to opinion polls, and justices have repeatedly spoken out in the past year in defense of its legitimacy.

Roberts has been the leading voice in urging the public not to view the court as not just another political branch of government, once tangling with Trump over judicial independence.

Years ago, Scalia would sometimes rail against the smaller steps that Roberts often prefers. But at that point, there was no conservative majority without the chief justice.

Justice William Brennan, a liberal who served over parts of five decades, used to tell his law clerks that with five votes, anything is possible on the Supreme Court.

The conservatives have a vote to spare.

For AP’s full coverage of the Supreme Court ruling on abortion, go to https://apnews.com/hub/abortion