‘We're Going to Get This Done': Biden Meets Dems at Capitol to Pitch Spending Bill

In discussing the budget agreement, Schumer and other lawmakers did not respond when asked if they had the support of all 50 Democratic senators

“Is this my homecoming?" he said, greeting people as returned to the Capitol — his home as a Delaware senator for 36 years — for his first working meeting with lawmakers there since becoming president. Then he added about the budget business at hand, “We’re going to get this done.”

The midday session was the start of his efforts to firm up support for forthcoming legislation embodying his priorities among Democrats, whose skinny congressional majorities leave him with virtually no votes to lose.

Late Tuesday, top Democrats announced an agreement among themselves on plans to spend a mammoth $3.5 trillion over the coming decade on a wide range of domestic programs, an expansion Biden has proposed financing with tax boosts on the rich and big corporations. Included in the proposal would be a top priority for progressives — an expansion of Medicare, the health insurance program for older Americans, to include vision, dental and hearing coverage.

Yet Democrats' emerging plans — most details remain a work in progress — fall short of even bolder progressive goals, like extending overall Medicare coverage to people as young as 60. Biden and party leaders face a tricky task of winning over moderates wary about tax boosts and further ballooning budget deficits, and progressives demanding even more spending.

“We know the road ahead is gong to be long. There are bumps along the way," Senate Majority Leader Chuck Schumer of New York acknowledged Wednesday. But he said Democrats would press ahead because “we must make average American lives a whole lot better." 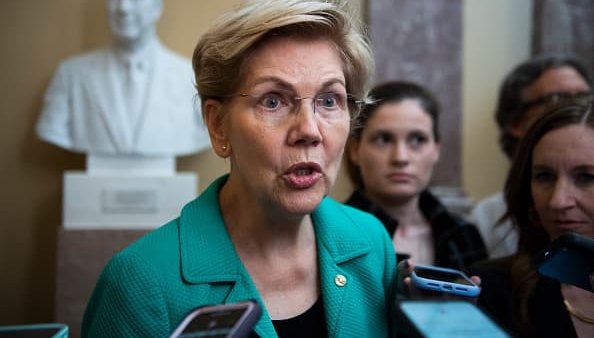 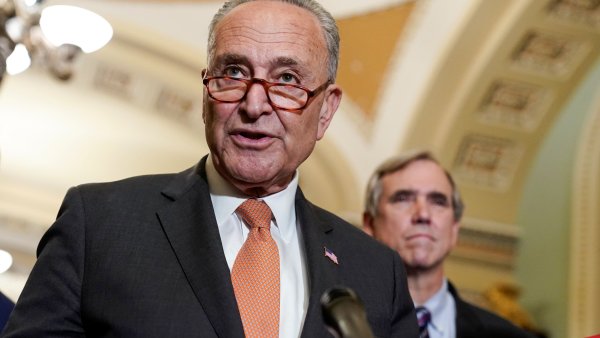 Senate May Work Into August to Pass Infrastructure Plan, Set the Stage for Huge Spending Bill

Underscoring the political complexities, West Virginia Sen. Joe Manchin stopped short of saying Wednesday that he would back all the policy initiatives that Biden and top Democrats are pursuing. “I really haven't seen everything yet,” Manchin, one of the chamber's more conservative Democrats, told a reporter.

Republicans could well oppose the effort unanimously, criticizing its costs and likely tax increases. Democrats will need support from all their lawmakers in the 50-50 Senate and could lose no more than three in the House.

Separately, a bipartisan group of senators is working to flesh out a related measure that would cost around $1 trillion — including around $579 billion in new spending — on roads, water systems and other more traditional infrastructure projects, another Biden priority. Biden and that group had agreed to an outline of that measure last month, and bargainers are hoping to craft a compromise bill in coming days.

Together, the infrastructure and social program packages fall a bit short of the roughly $4.5 trillion Biden had proposed to help communities and families in every corner of the country. That means some increases Biden has proposed will have to be curtailed or cut.

The Democrats' goal is to push a budget resolution reflecting Tuesday's agreement through the House and the Senate before lawmakers leave for their August recess. Budget passage would let Democrats move a follow-up spending bill that actually finances the party's priorities with just 50 votes and Vice President Kamala Harris' tie-breaking vote in the Senate, not the 60 votes Republicans could otherwise require with a bill-killing filibuster.

The actual spending legislation would likely not start moving through Congress until the fall.

On Wednesday, Biden will also push for public support of his infrastructure proposal by hosting bipartisan governors and mayors at the White House. He plans to emphasize the bipartisan aspects of the proposal, as senators work to finalize details for a Thursday deadline.

President Joe Biden announced that he and a bipartisan group of U.S. Senators have reached an agreement on an infrastructure package

He'll highlight some of the areas where Democrats and Republicans agree, including investments in removing lead pipes, expanding access to high-speed internet, improving transit and rebuilding roads and bridges. Biden will also speak about the impact his policies would have on local communities, according to an administration official who shared details with the AP on condition of anonymity.

In discussing the budget agreement, Schumer and other lawmakers did not respond when asked if they had the support of all 50 Democratic senators.

The Democrats' announcement Tuesday left many questions about their budget accord unanswered. These included how much it would raise through tax increases on the wealthy and corporations and other revenue to pay for its costs; how much would be spent on specific programs; and how Biden’s proposals would be curtailed or eliminated to fit into the legislation.

Schumer said the proposal would call for financing Biden’s budget priorities “in a robust way.” He also said it would include a priority of Sanders and other progressives: an expansion of Medicare, the federal health insurance program for older people, to cover dental, vision and hearing services.

Sanders said the agreement would end an era in which, he said, rich people and big companies weren’t bearing enough of the burden of financing government programs.

“Those days are gone,” he said. “The wealthy and large corporations are going to start paying their fair share of taxes, so that we can protect the working families of this country.”

In a key Senate vote, Republicans voted to block debate on the For the People Act, an elections and voting bill from Democratic legislators.

Sen. Mark Warner, D-Va., a leading moderate who helped shape the budget package, said the measure would be fully paid for with offsetting revenue but provided no detail. Biden has proposed financing the measure with higher taxes on the wealthy and corporations and beefing up the IRS's budget so it can collect more revenue from scofflaws.

The budget will include language calling for no tax increases on people making less than $400,000 a year, a Biden demand, or on small businesses. The provision was described by a Democratic aide who requested anonymity to discuss the negotiations.

On infrastructure, senators from both parties met Tuesday evening and their bipartisan deal appeared back on track, after days of disputes. Lawmakers said they were aiming for a new Thursday deadline to wrap up the details despite opposition from business leaders, outside activists and some GOP senators over how to pay for it.