For the first time in more than a decade, Republicans are waking up to a Washington where Democrats control the White House and Congress, adjusting to an era of diminished power, deep uncertainty and internal feuding.

The shift to minority status is always difficult, prompting debates over who is to blame for losing the last election. But the process is especially intense as Republicans confront profound questions about what the party stands for without Donald Trump in charge.

Over the last four years, the GOP's values were inexorably tied to the whims of a president who regularly undermined democratic institutions and traded the party's longstanding commitment to fiscal discipline, strong foreign policy and the rule of law for a brash and inconsistent populism. The party now faces a decision about whether to keep moving in that direction, as many of Trump's most loyal supporters demand, or chart a new course.

“The party would be much better off if they were to purge themselves of Donald Trump,” he added. “But I don’t think there’s any hope of him completely going away.”

Whether the party moves on may come down to what Republicans like Texas Sen. Ted Cruz do next.

President Joe Biden signed executive orders on his first day in the Oval Office that put the U.S. back in the Paris Climate Accord, Mandated Masks on federal property and ordered federal agencies to prioritize racial equity and review policies that reenforce systemic racism.

Cruz spent weeks parroting Trump's baseless claims of election fraud, which helped incite the deadly riot at the U.S. Capitol. Republican elections officials in several battleground states that President Joe Biden carried have said the election was fair. Trump’s claims were roundly rejected in the courts, including by judges appointed by Trump.

Cruz acknowledged Biden's victory on Wednesday, but he refused to describe it as legitimate when pressed.

“He won the election. He is the president. I just came from his inauguration,” Cruz said of Biden in an interview.

Looking forward, Cruz said Trump would remain a significant part of the political conversation, but that the Republican Party should move away from divisive “language and tone and rhetoric” that alienated suburban voters, particularly women, in recent elections.

Hours after being sworn in to office, Vice President Kamala Harris performed one of her first official duties, swearing in Senators Jon Ossoff, D-Ga., Raphael Warnock, D-Ga., and her own successor, Sen. Alex Padilla, D-Calif.

“President Trump surely will continue to make his views known, and they’ll continue to have a real impact, but I think the country going forward wants policies that work, and I think as a party, we need to do a better job winning hearts and minds,” said Cruz, who is also eyeing a White House run.

In the wake of the Capitol riot, a small but notable faction of high-profile Republicans are taking a stronger stance against Trump or distancing themselves from him.

The Senate’s top Republican, Mitch McConnell, said on the eve of the inauguration that the pro-Trump mob that stormed the Capitol was “provoked by the president.” Even Mike Pence, Trump's vice president and long considered his most devoted cheerleader, skipped Trump’s departure ceremony to attend Biden’s inauguration.

Trump retreated Wednesday to his south Florida estate, where he has retained a small group of former White House aides who will work out of a two-story guest house on the Mar-a-Lago grounds. In addition to advisers in Washington, Trump will have access to a well-funded political action committee, the Save America PAC, that is likely to inherit tens of millions of dollars in donations that flooded his campaign coffers after his election loss.

Those close to Trump believe he will lay low in the immediate future as he focuses on his upcoming impeachment trial for inciting the riot. After that, he is expected to reemerge, likely granting media interviews and finding a new home on social media after losing his powerful Twitter bullhorn.

While his plans are just taking shape, Trump is expected to remain politically active, including trying to exact revenge by backing primary challenges against Republicans he believed scorned him in his final days. He continues to leave the door open to another presidential run in 2024. Some friends believe he might even flirt with running as a third-party candidate, which would badly splinter an already fractured GOP.

Donald Trump addressed supporters at Joint Base Andrews on Wednesday before departing for Florida.

Trump issued an ominous vow as he left the White House for the last time as president: “We will be back in some form."

Many in the GOP’s die-hard base continue to promote conspiracy theories, embrace white nationalism and, above all, revere Trump’s voice as gospel.

Trump loyalists in states like Michigan, Pennsylvania and Wyoming expressed outrage and disappointment in the 10 Republicans who voted with Democrats to impeach Trump last week. One of them, Michigan Rep. Pete Meijer, said he bought body armor to protect himself from a wave of threats from Trump supporters. 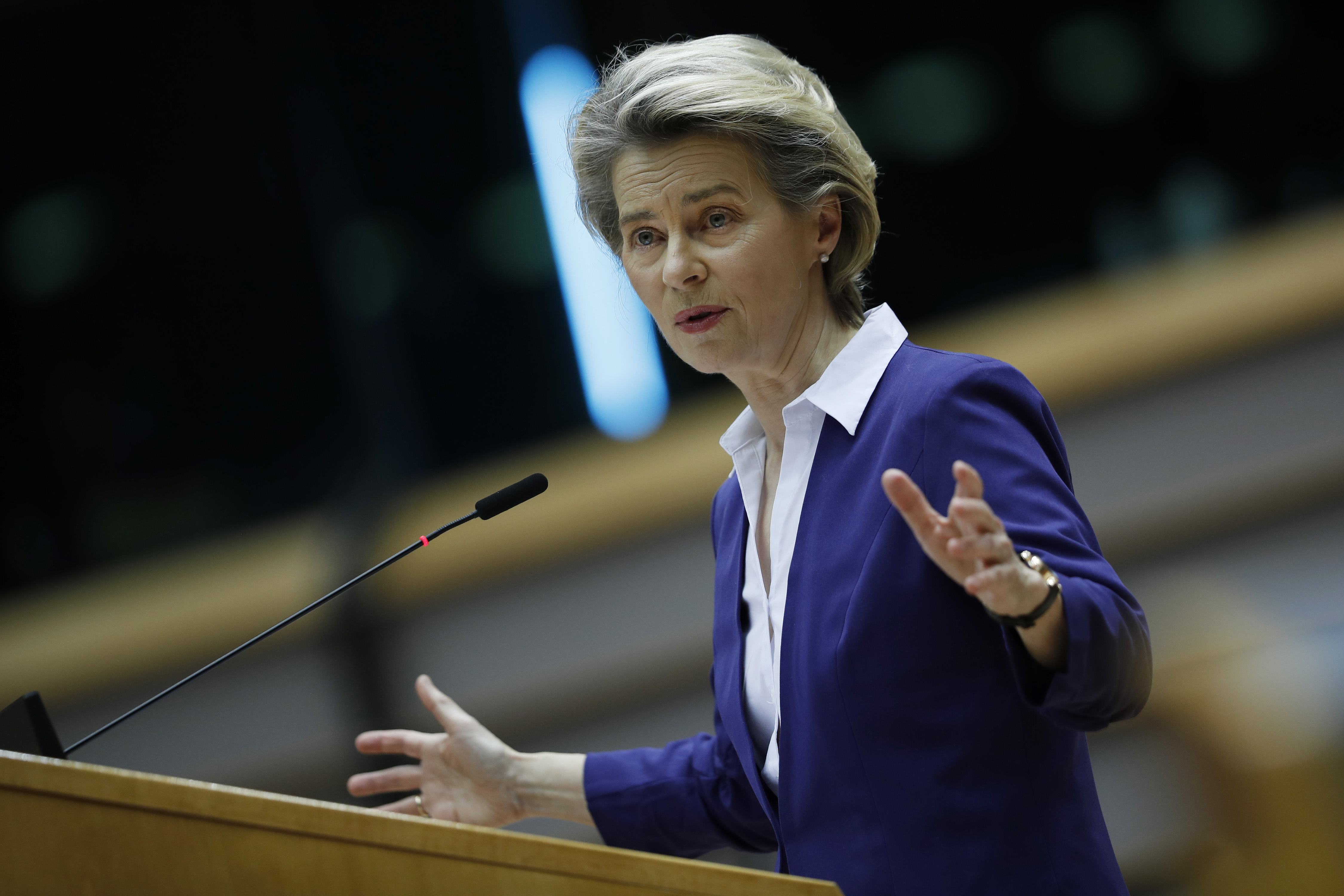 World Hopes for Renewed Cooperation With US Under Biden 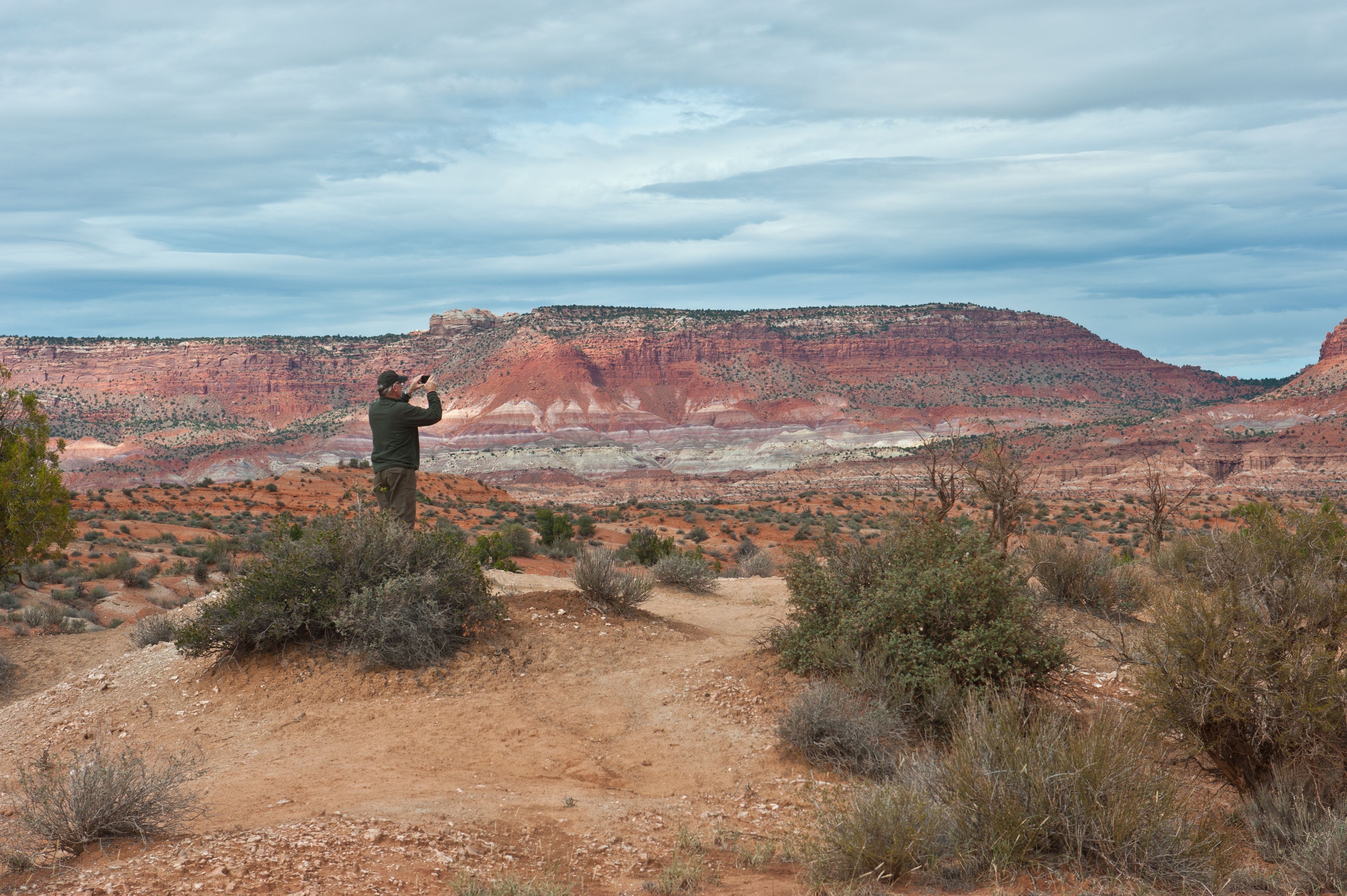 “The Republican National Committee views President Trump as our party leader into the future... The (state party) agrees,” Eathorne said, noting that Trump “represents the timeless principles” that the state and national GOP stand for.

Trump left office with a 34% approval rating, according to Gallup — the lowest of his presidency — but the overwhelming majority of Republicans, 82%, approved of his job performance. Even as some try to move on, Trump's continued popularity with the GOP's base ensures he will remain a political force.

Despite the GOP's many challenges, they're within reach of retaking one or both chambers of Congress in next year's midterm elections. Since the 2006 midterms, the party in the White House has lost on average 37 House seats. Currently, Democrats hold a 10-seat House majority and they’re tied with Republicans in the Senate.

Hogan, the Maryland governor, said that the GOP may be at one of its lowest points ever, but noted that Reagan reclaimed the White House for Republicans just six years after President Richard Nixon was forced to resign in disgrace.

“Obviously, (Trump) still has got a lock on a pretty good chunk of the Republican base, but there are an awful lot of people that were afraid to speak out for four years — unlike me —who are now starting to speak out," Hogan said.

Still, there are plenty of hurdles ahead. Primary challenges could leave the party with congressional nominees next year who are even further to the right, potentially imperiling the GOP's grip on races they might otherwise win.

More immediately, Senate Republicans, including McConnell, are wrestling with whether to convict Trump of high crimes and misdemeanors as outlined in last week's House impeachment. The Senate could ultimately vote to ban Trump from ever holding office again.

“I hope that Republicans won’t participate in this petty, vindictive, final attack directed at President Trump,” Cruz said. “We should just move on.”