Capitol Fax unearthed a 1996 interview Rep. Joe Walsh gave to the Windy City Times when he was running for Congress against the late Rep. Sidney Yates. The article included an anecdote about Walsh offering $1,000 to anyone who saw Yates in Chicago -- an incident I remember, but didn’t associate with Walsh. (Yates’s doorman collected the prize.) It was an attempt to make an issue of Yates’s age and lack of vigor -- he was 87 years old, and had served in Congress, with a two-year break, since 1948. That theatrical touch was consistent with the Walsh we know today.

What’s not consistent is Walsh’s claim that he’s an ally of the gay community. At the time, Walsh was running in the liberal 9th District, which extended from Evanston and Skokie down the Chicago lakefront, into Boystown. Here’s what Walsh had to say to the Windy City Times:

Concerning gay issues, Walsh insisted he’s not only liberal, but out front. “If there’s a more gay-friendly Republican around, I’d like to meet them,” he said. 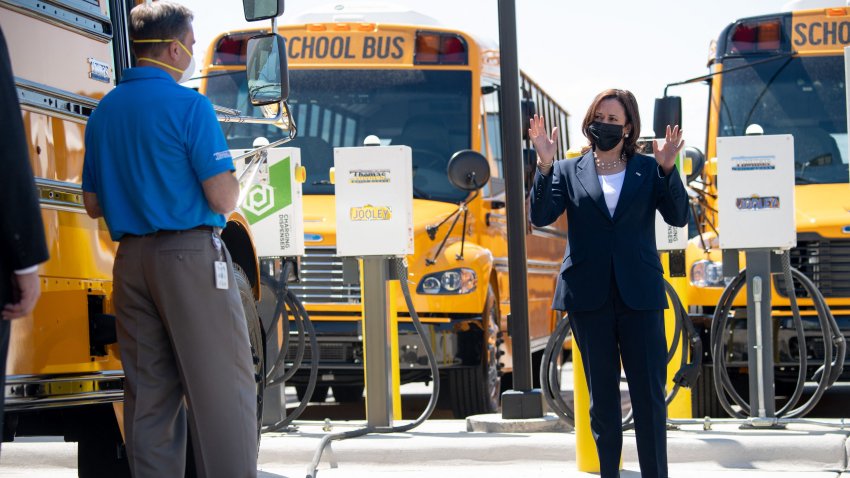 Dems Push $25B for Electric School Buses, a Biden Priority

Here's What the George Floyd Justice in Policing Act Would Do

Walsh said he would support the Employment Non-Discrimination Act, vote to eliminate the military ban on gay and lesbian service personnel, enact domestic partnership benefits for same-sex couples and assume a leadership role in advocating for gay issues. In the final weeks before the election, Walsh intends to wheel his bike around some of the district’s ubiquitous gay bars and press some gay flesh. “It’s a community that I really want to reach out to,” he said.

In the intervening decade-and-a-half, Walsh has completed a transformation from gay-flesh-pressing liberal Republican to fire-and-brimstone Tea Party homophobe. Walsh received a 0 rating from the Human Rights Campaign, a gay rights lobbying group. He voted against the Employment Non-Discrimination Act, against extending spousal benefits to federal employees in same-sex partnerships, and against funds for “Don’t Ask, Don’t Tell” training materials for military chaplains -- a 100 percent turnaround from his positions in 1996. Walsh also called gay marriage a “socioeconomic” issue, saying that male-female, two parents households produce children who do better in school, stay away from drugs and are less likely to be poor.

I’d like to say Walsh has evolved in his thinking, but some Republicans don’t believe in evolution. I can’t say his positions are the product of intelligent design, because there’s nothing intelligent about them. And I can’t say he was created as an opponent of gay rights, either, because he certainly didn’t start out that way.