While the petition battles of Todd Stroger and Dorothy Brown have occupied the minds of political junkies watching the Cook County Board President's race, another petition challenge of interest has gone by unnoticed.

Green Party candidate Tom Tresser, who made a name for himself as the leader of the anti-Olympics group No Games Chicago, has challenged the petitions of his Green Party primary opponent Sean Burke upon finding out that Burke is associated with the web address for the Cook County Young Democrats.

Perhaps Dems fear that that Tresser's candidacy could draw enough reformers and liberals to hand the race to a Republican, particularly if Terry O'Brien is the Dems' candidate candidate.

Or maybe Democrats are just being mean.

US Economy 4 hours ago 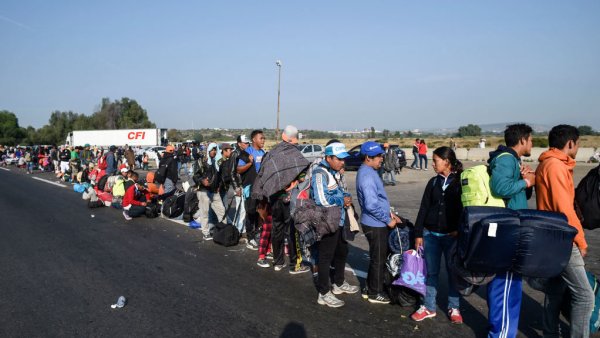 "The Machine has taken note of the Green Party and it’s entirely appropriate to protect the party from candidates who are running to mess with us.

"I and some of my mentors and Green Party allies believe that the party needs to protect itself from people who want to run as a Green but who do not hold to the core values of the party, are not reformers, are not fighters, who are serving the Daley-Stroger Machine and who actually want to damage viable Green party campaigns."

The site is now dormant (the domain record shows information for the site was last updated this morning), but the Internet Archive Wayback Machine has preserved the active version from December 2005, when the domain was created, to April 2008.

Of course, there may be a perfectly reasonable explanation for all this, but in his blog post Tresser says that calls to Burke from two Green Party officials were not returned.

One thing's for sure: The young Democrats are learning how the old Democrats do it.

Steve Rhodes is the proprietor of The Beachwood Reporter,