The CEO says company officials and their family members have been the target of menacing phone calls, emails and social media posts in the wake of the Trump campaign's false assertions

The head of an electronic voting company being targeted by allies of President Donald Trump said baseless claims that it helped flip the 2020 election for Joe Biden threaten to undermine Americans’ faith in democracy.

Antonio Mugica, CEO of Florida-based Smartmatic, said for years he watched as democracy in his native Venezuela was destroyed by lies and conspiracy theories pushed from the highest levels of the country’s socialist government.

Now he fears many Americans are being too complacent in the face of a similar disinformation campaign.

“When a candidate questions the election in some emerging market, in Africa or South America, it stays there. It doesn’t affect the entire planet,” Mugica said in an interview with The Associated Press. “Now, the role model is that if you lose, you basically say you didn’t lose. You say you were cheated.”

Last week, Smartmatic began sending letters to Fox News, Rudy Giuliani and other Trump allies threatening legal action unless they fully retract baseless claims that software developed by a U.S. affiliate it sold more than a decade ago altered the outcome of the U.S. election.

Fact-checkers at the AP and other outlets have debunked the far-fetched claims, while Trump’s own attorney general and cybersecurity officials have found no evidence of voter fraud. 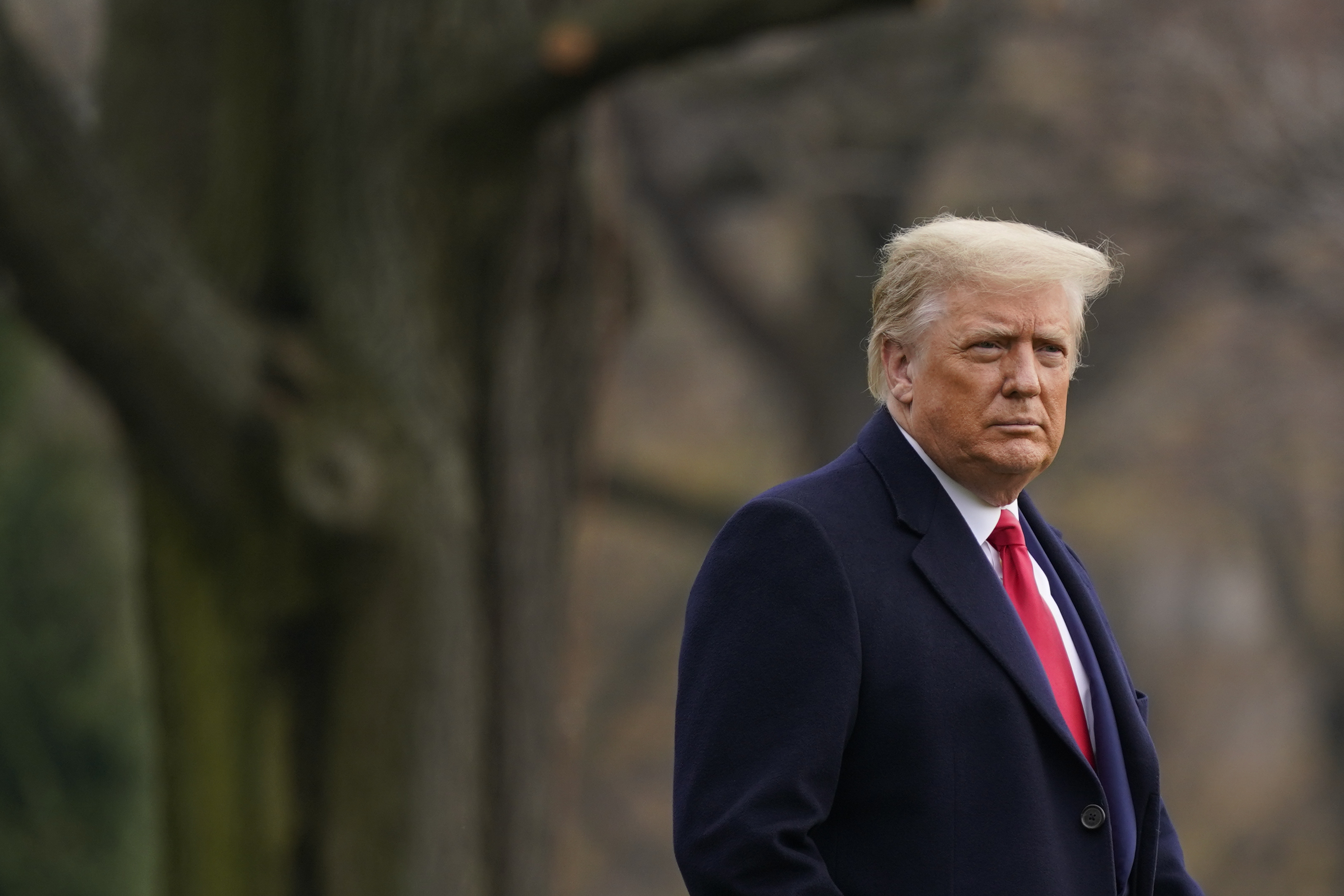 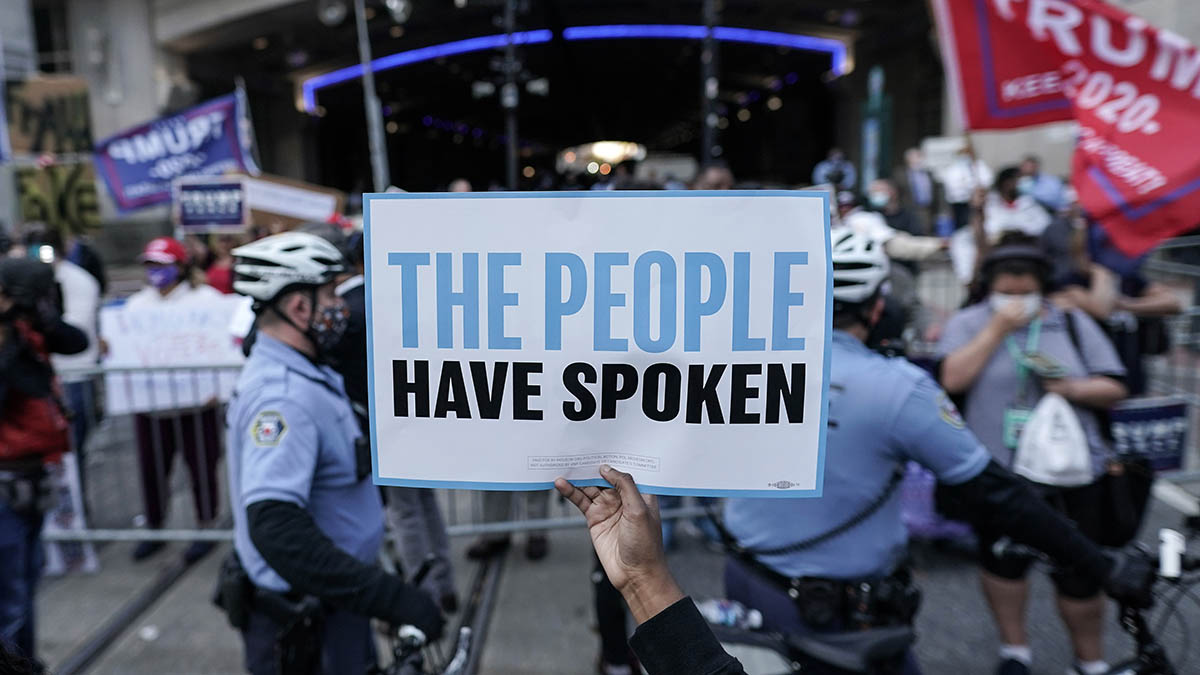 What the Electoral College Vote Means for Trump and Biden

But Trump’s allies continue to press ahead. Last week, in an appearance on Fox Business, former Trump attorney Sidney Powell accused Venezuelan President Nicolas Maduro’s former chief of staff of being the ringleader of what she called a “Cyber Pearl Harbor” involving Smartmatic.

Smartmatic in its 20-page letter sent to Fox’s legal counsel on Friday said the “demonstrably false and defamatory” statements could’ve easily been disproven by a simple internet search.

“The damage your disinformation campaign has done, and will do, to Smartmatic’s revenue and business valuation will be measured in the hundreds of millions, if not billions, of dollars,” according to the letter, a copy of which was provided to the AP.

Neither Giuliani, Powell nor Fox News responded to a request for comment. Letters were also being sent on Smartmatic’s behalf to pro-Trump TV networks Newsmax and One America News. The company is being represented by Erik Connolly, a Chicago-based lawyer behind some of the biggest defamation cases of late.

Mugica said talks with electoral authorities in Colombia, a market the company has been trying to enter for years, immediately stalled after the false reports were aired.

“We have a pipeline for the next five years that’s worth billions of dollars and we know some of that business is going to be lost,” said Mugica.

But it’s not just profits driving the company’s protest.

Mugica said that company officials and their family members, including the 14-year-old son of his co-founder, have been the target of menacing phone calls, e-mails and social media posts in the wake of the false reports.

“We saw the real damage disinformation caused to Venezuela much before it was in vogue in the rest of the world,” said Mugica.

Still, Mugica said he’s cognizant that in all conspiracy theories there’s “a grain of truth that can be turned into a weird monster from someone’s imagination. That’s why they are so effective.”

Smartmatic’s initial success is partly attributable to major contracts from Chavez’s government, an early devotee of electronic voting. But there has never been any evidence the company rigged votes in favor of the anti-American firebrand and for a while the Carter Center and other observers held out Venezuela as a model of electronic voting.

The claims by Trump allies of meddling by Smartmatic rely in part on sworn testimony from an unnamed witness matching the description of a former Chavez bodyguard. Captain Leamsy Salazar is an ex-Marine who fled to the U.S. in 2014 and accused top officials of drug-trafficking.

In an affidavit accompanying a since-dismissed lawsuit in Georgia filed by Powell, the witness claims to have been present when votes cast on Smartmatic machines were being tabulated during the tight Venezuelan presidential election of 2013. That contest was marred by accusations of voting irregularities by opposition hardliners in the deeply polarized South America nation but with no evidence of electronic tampering.

Moreover, Smartmatic broke all ties with Venezuela in 2017, when it denounced electoral fraud by Maduro, who the Trump team now accuses it of working with to elect Biden.

Meanwhile, the company has expanded globally and has helped carry out elections in 25 countries, from Argentina to Zambia as well as several European countries.

In the 2020 U.S. election, Smartmatic technology was used in a single district — Los Angeles County, California. Nor does it have any existing ties to Dominion Voting Systems, a rival that the Trump team has accused of being part of the plot.

“As a lawyer, journalist, a chef — anything — and you’re from Venezuela you already have this kind of bad smell,” said Mugica. He said he had spent the last two decades building his firm since leaving Venezuela in 2000 and “we’ve never seen ourselves as a Venezuelan company.”