It is the first time the civil airline reserve system has been activated since 2003, when it was used for the Iraq War

The U.S. military is considering “creative ways” to get Americans and others into the Kabul airport for evacuation from Afghanistan amid “acute” security threats, Biden administration officials said, and the Pentagon on Sunday ordered six U.S. commercial airlines to help move evacuees from temporary sites outside of Afghanistan.

At the one-week mark since the Taliban completed their takeover of country by sweeping into the capital, U.S. officials expressed growing concern about the threat to the evacuation from the Islamic State group. That worry comes in in addition to obstacles to that mission from the Taliban, as well as U.S. government bureaucratic problems.

“The threat is real, it is acute, it is persistent and something we’re focused with every tool in our arsenal," said President Joe Biden's national security adviser, Jake Sullivan. 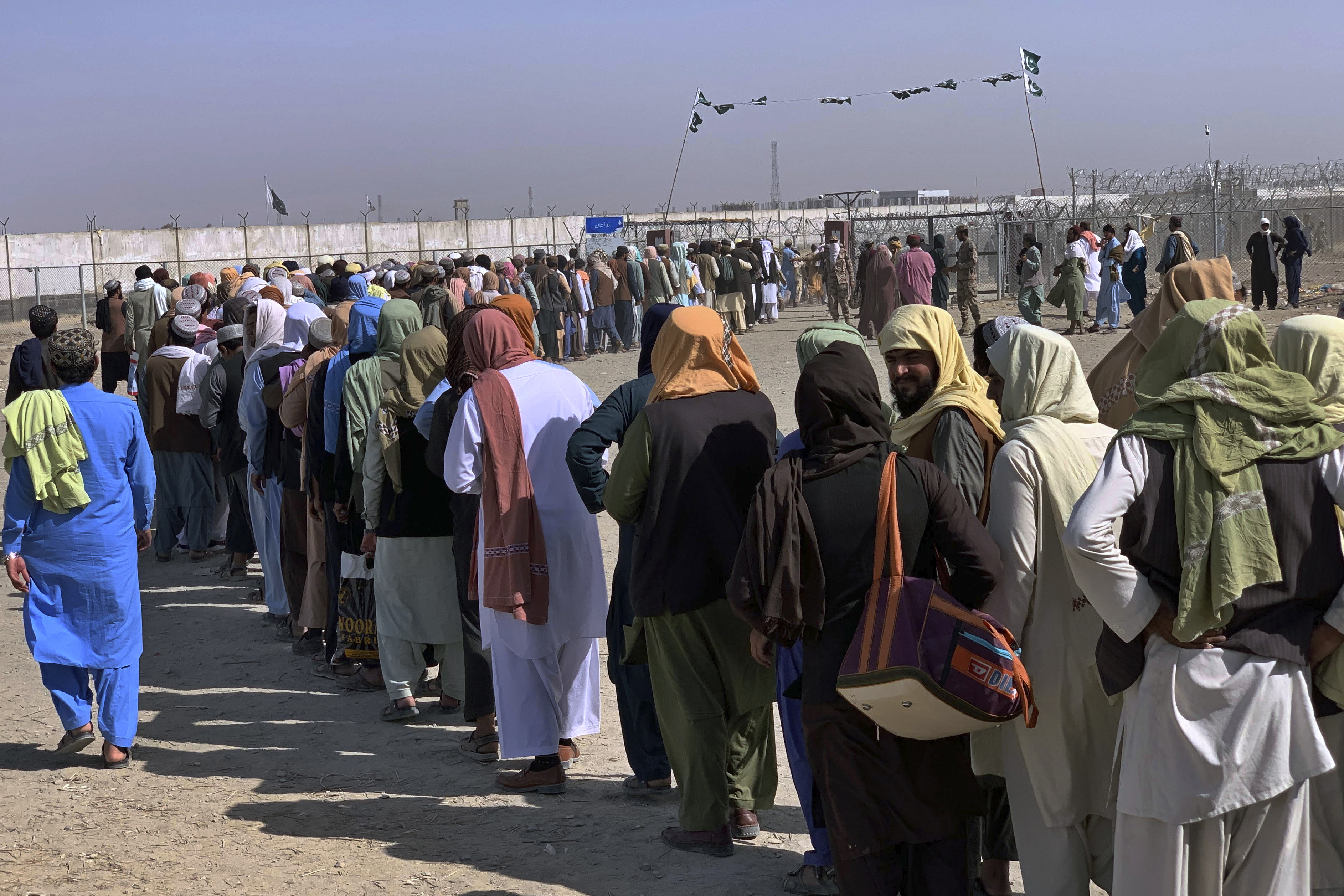 IS Threat Forces US Changes to Evacuations at Kabul Airport

He said on CNN's “State of the Union” that 3,900 people had been airlifted out of Kabul on U.S. military flights over the past 24 hours. A U.S. defense official, speaking on condition of anonymity to provide details not yet made public, said those people were flown on a total of 23 flights — 14 by C-17 transports and nine aboard C-130 cargo planes. That represents an increase from 1,600 flown out aboard U.S. military planes in the previous 24 hours.

Defense Secretary Lloyd Austin told ABC's “This Week” that as Biden's Aug. 31 deadline for ending the evacuation operation approaches, he will recommend whether to give it more time. Tens of thousands of Americans and others have yet to flown out of the country.

The interview aired Sunday but was taped Saturday as other U.S. officials cited increased concerns about security threats at the Kabul airport from militants affiliated with the Islamic State. The U.S. Embassy issued a security warning Saturday telling citizens not to travel to the airport without individual instruction from a U.S. government representative. Officials declined to provide more specifics about the IS threat but described it as significant.

In a notice Sunday, the State Department urged people seeking to leave Afghanistan as part of an organized private evacuation effort not come to the Kabul airport “until you have received specific instructions” to do so from the U.S. Embassy’s flight organizer. The notice said that others, including American citizens, who have received specific instructions from the embassy to make their way to the airport should do so.

Austin said the airlift would continue for as long as possible.

“We’re gonna try our very best to get everybody, every American citizen who wants to get out, out,” Austin said in the interview. “And we’ve got -- we continue to look at different ways to -- in creative ways -- to reach out and contact American citizens and help them get into the airfield.” He later said this included non-Americans who qualify for evacuation, including Afghans who have applied for Special Immigrant Visas.

“It’s not a perfect process,” Defense Department press secretary John Kirby said Monday. “Plans are not always perfectly predictive. You have to adjust in real time.”

Austin noted that the U.S. military on Thursday had used helicopters to move 169 Americans into the airport from the grounds of a nearby hotel in the capital. That is the only announced example of U.S. forces going beyond the airport to get evacuees, who often are blocked by chaos, violence and crowds at airfield gates.

A central problem in the evacuation operation is processing evacuees once they reach other countries in the region and in Europe. Those temporary waystations, including in Qatar, Bahrain and Germany, are sometimes reaching capacity.

In an attempt to alleviate that, and to free up military aircraft for missions from Kabul, the Pentagon on Sunday activated the Civil Reserve Air Fleet. The Defense Department said 18 aircraft from six commercial airlines will be directed to ferry evacuees from interim waystations. The airlines will not fly into Afghanistan.

According to the Pentagon, the activation involves three aircraft each from American Airlines, Atlas Air, Delta Air Lines and Omni Air; two from Hawaiian Airlines; and four from United Airlines.

It is the first time the civil airline reserve system has been activated since 2003, when it was used for the Iraq War. The commercial airliners will retain their civilian status but the flights will be controlled by the military's Air Mobility Command.

Austin said he could not predict how long it will take the United States to complete the evacuation, which began on Aug. 14.