Democrats are confronting the limits of their power as they fight against the Supreme Court nomination of Amy Coney Barrett with a strategy aimed at avoiding costly mistakes that could hurt the party's candidates in November.

Unable to block President Donald Trump’s pick on their own, they are arguing to voters that Barrett’s nomination threatens the protections of the Affordable Care Act — a focus that Democratic presidential candidate Joe Biden has embraced and many Democrats see as a winning message. The court will hear a case challenging the constitutionality of President Barack Obama's health care law just after the election, adding to the urgency of the issue.

Hours after Trump named the Indiana-based federal judge as his pick to replace the late Justice Ruth Bader Ginsburg, who died Sept. 18, Senate Democratic Leader Chuck Schumer said a vote to confirm Barrett would be “a dagger aimed at the heart of the health care protections Americans so desperately need and want.”

But there will also be ample opportunities for Democrats to move off-message as partisans on both sides infuse the nomination battle with cultural, gender and religious politics.

Senate Majority Leader Mitch McConnell appears to have the votes to move ahead with a Supreme Court nomination, but the question is whether he'll do it before or after Election Day. All eyes are on a small number of Republican senators who will shape the nomination battle and the future of the high court.

Some in the left wing of the Democratic Party are pushing for senators to boycott the hearings or commit to adding more justices to the court if Biden wins the presidential election. That has fueled concerns in the party about placing too much emphasis on procedural tactics that only delay votes by hours or days — even as precious time ticks away in the few remaining weeks before the Nov. 3 election.

Religion, in particular, could be a minefield.

Democrats worry that Barrett has tied her Catholicism too closely to some of her statements and decisions, and California Sen. Dianne Feinstein, the top Democrat on the Senate Judiciary Committee, still faces criticism three years later for her comments during Barrett’s 2017 confirmation hearing. At the time, Feinstein joined Republicans on the panel in asking Barrett about her faith, but then went further by telling the then-professor that “when you read your speeches, the conclusion one draws is that the dogma lives loudly within you.”

Republicans now use those comments against Democrats.

“The constitution prohibits a religious test from serving in office, but I don’t expect that to stop the Democrats,” Texas Sen. Ted Cruz, a member of the committee, said in an interview with The Associated Press on Monday as he promotes his new book on the Supreme Court. He described Feinstein’s words as “snidely put” and said that Democrats had suggested Barrett’s views render her ineligible for office.

Four first-time voters who just became U.S. citizens share how they’re feeling ahead of the November election. “It’s the least that I could do for this country,” said Ashley Lagat, a New York nurse who came to the U.S. from the Philippines when she was 20.

Asked about Feinstein's earlier comments, Democratic Sen. Chris Coons of Delaware, another committee member, said “religious faith should not be at issue here.” He then pivoted to health care.

“It is appropriate for us to question her statements, her opinions, her actions as a professor and judge, but not to go into questions of doctrine or faith personally,” Coons said on “Face the Nation” on CBS. “That’s where I’ll be focusing my questions: on the Affordable Care Act and on what she has said publicly about her views on its constitutionality.”

Democrats see health care as the perfect counter to Republican hopes that Barrett’s confirmation will bolster Trump’s re-election. More Americans now favor the ACA than have opposed it over the last few years, according to polls, and Democrats believe the coronavirus pandemic will only solidify that support. They intend to model their strategy on their successful 2017 fight against Trump and congressional Republicans who tried and failed to repeal the legislation.

Schumer, Biden and House Speaker Nancy Pelosi have been in touch and have agreed that health care is a strong focus, according to two aides with knowledge of the private discussions who spoke on the condition of anonymity.

One likely prominent messenger on the issue is the Democratic vice presidential nominee, California Sen. Kamala Harris, who sits on the judiciary panel and is expected to participate in the confirmation hearings that are scheduled to begin Oct 12, less than a month before Election Day. On Monday, Harris told voters in North Carolina that without the health care law, birth control coverage could be eliminated and pregnancy could be considered a preexisting condition.

Young voters often feel like their votes don’t matter, but the truth is that older voters have figured out for years that by picking their choice politicians, they get to decide how our educational systems are run: from how much teachers get paid to whether schools open amid a pandemic to all the decisions surrounding student loan relief. As NBCLX’s Noah Pransky explains, voting is actually the easiest way to reshape education in your community.

In focusing on health care, Democrats would be taking a different posture than in the last Supreme Court confirmation fight, when they argued that then-nominee Brett Kavanaugh was not fit to be a justice. Democrats on the committee questioned his character and temperament after a public allegation of a teenage sexual assault by professor Christine Blasey Ford. Kavanaugh denied the allegation and was confirmed shortly afterward, and Republicans retained the Senate majority in that year's election.

According to Democrats familiar with the planning, they plan to use plain language to communicate to voters how Barrett’s nomination could matter to them. They will also tie the health care issue to the pandemic and to abortion rights, the aides said.

And while some on the left would like to see Democrats boycott the hearings, Democrats on the Judiciary Committee are unlikely to do so. Some Democrats have said they won't meet with Barrett, who will visit the Senate for the first time Tuesday to meet with Senate Majority Leader Mitch McConnell and eight other Republican senators ahead of the hearings.

Regarding the hearings, “I’ll be there to do my job,” Democratic Sen. Dick Durbin of Illinois said Sunday on ABC’s “This Week.” “Because I want to ask her point-blank, as I’m sure others will, whether or not her position is that we should end the Affordable Care Act providing health insurance for 20 million Americans and protections for Americans from one coast to the other from pre-existing conditions being used against them when they buy health insurance.” US Official: 2020 Census to End Oct. 5 Despite Court Order 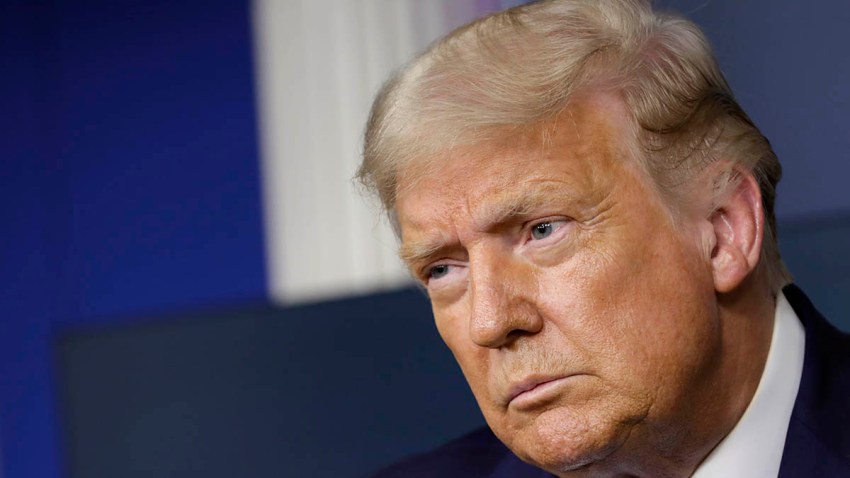